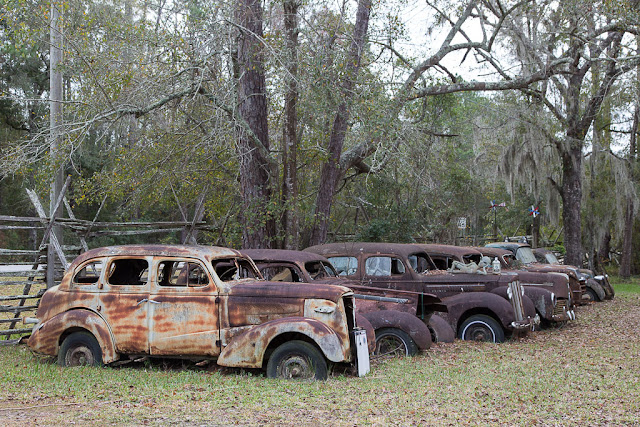 We spent almost all day yesterday in the car. We left Jacksonville about 10 a.m., then drove south through Green Cove Springs and Starke to U.S. 301 and then I-75. En route we came across this auto salvage (or something) business near Starke.

I especially like the little alien reclining atop the cars with his bottle of Captain Morgan: 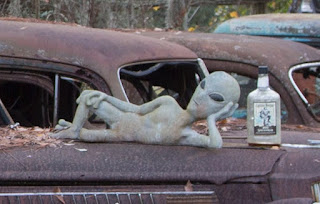 It takes all kinds, doesn't it?

Anyway, we wound up at Dave's parents' house in Bradenton about 4 p.m. We had just enough time to grab dinner before climbing back in the car and driving up to Tampa to collect his sister from the airport -- only to learn that she flew into St. Petersburg and not Tampa. So then we had to cross the bay and get to the right airport. Whew! 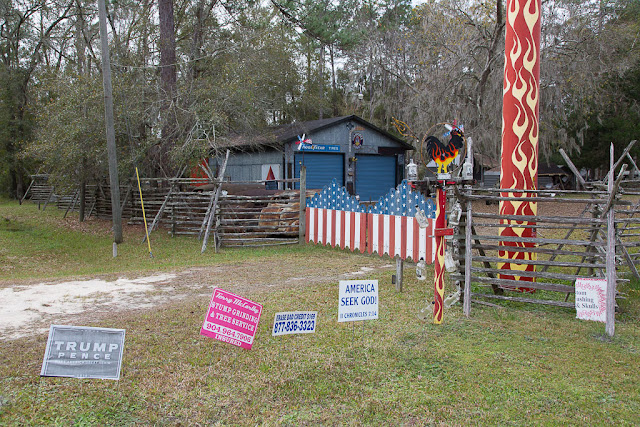 But now everyone is here and we have a few days to relax.

On the way down from North Florida, surrounded by so many Trump signs, Dave and I were inspired to try listening to some right-wing talk radio. We found a station carrying Rush Limbaugh -- jackpot! -- and although Rush himself was on vacation the show was still good for some LOLZ. Long on bluster, short on facts and specifics. We eventually had to turn it off because we were both getting a headache.

The worst thing about talk radio is the incessant talking. Honestly, I don't know how anyone can stand it. 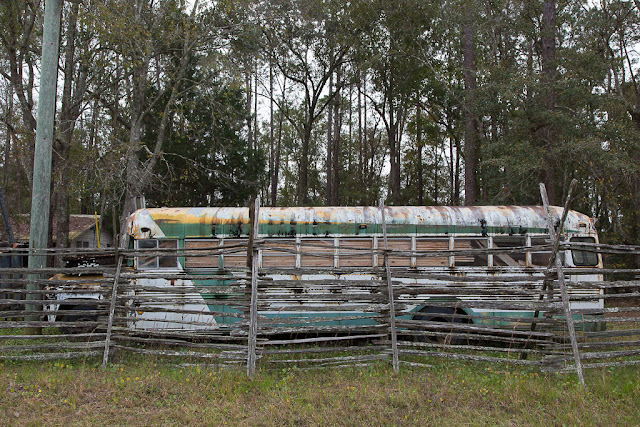 Now, at 6:49 a.m., I'm sitting in the lobby of our Ramada Inn in Sarasota, listening to a modern version of "Living in the City" on, weirdly, a French-language radio station. I have no idea why.
Posted by Steve Reed at 11:55 AM