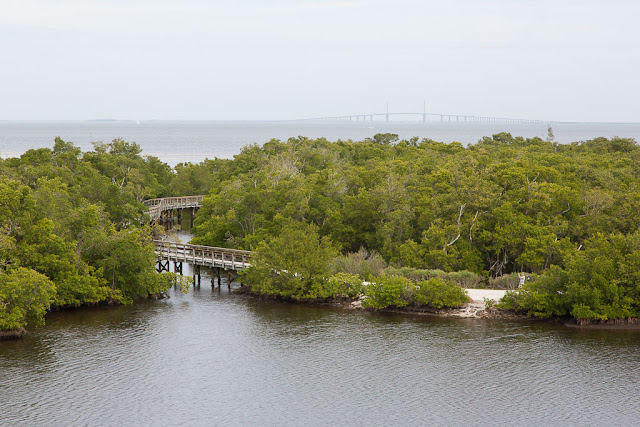 Yesterday I took a walk through the Robinson Preserve, in western Bradenton. My friend Sue told me about this park, which she described as an incredible "moonscape." I don't think I'd use that word, but it is an interesting mix of muddy tidal marshes and mangrove swamps. I saw lots of seabirds, including flocks of white pelicans, cormorants and ibis, backed by the Sunshine Skyway in the distance. No roseate spoonbills, though! 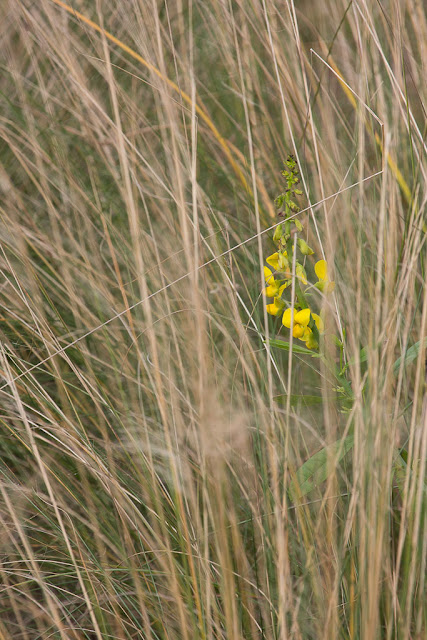 This yellow wildflower, which looks like some kind of pea, was almost hidden by the swaying brownish grasses. (I think I used to know what this plant is called but darned if I can remember now.) 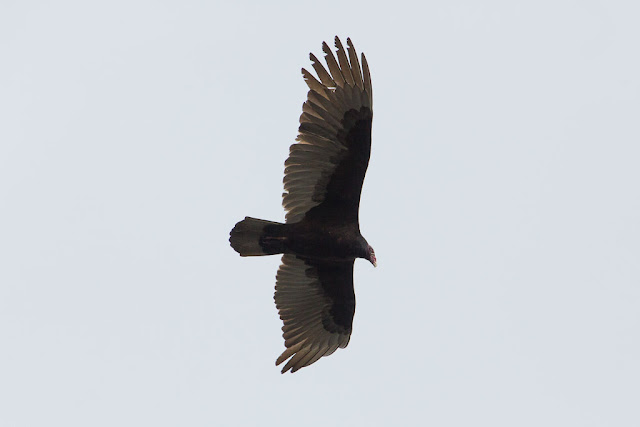 There were plenty of turkey vultures circling overhead, riding the breezes -- a common Florida sight. 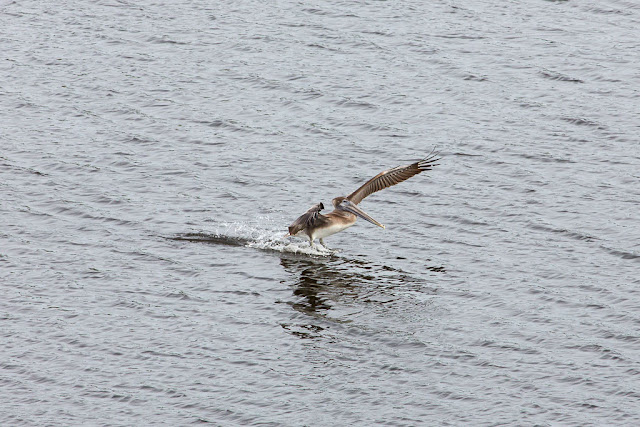 This pelican made an ungainly landing -- also a common sight. They're basically pterodactyls. 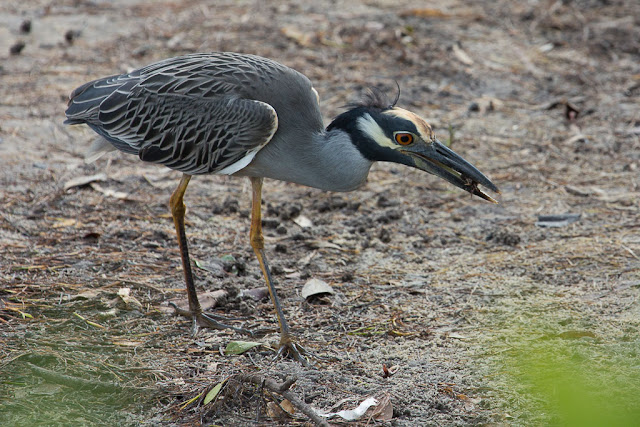 This yellow-crowned night heron was successfully hunting crabs on the mud flats... 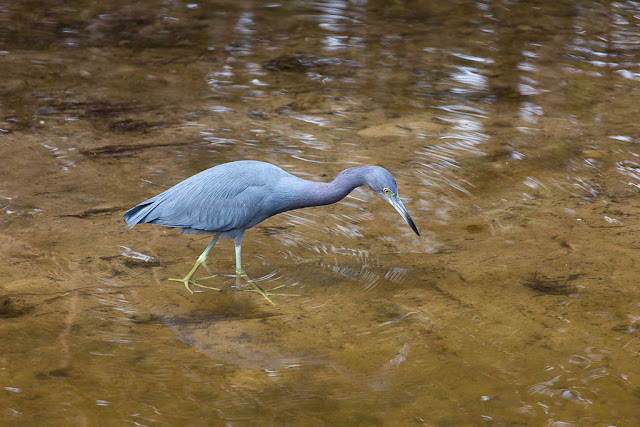 ...while this little blue heron was fishing nearby.

It was a good walk and I spent several hours out there, nearly missing lunch. I stopped on the way back to Dave's parents to buy a few holiday cards, so I could send them to the people who mailed cards to my mom. (Mom is terrible about responding to cards, and I wanted to let people know that she appreciated them.) I was appalled to find that four Happy New Year cards cost $16! Insanity!

Last night Dave and I met up with a couple we know from our years in New Jersey. We hadn't seen them in about eight years, and since they were in Florida on vacation we coordinated a rendezvous at a downtown Bradenton restaurant. It was fun -- a sort of retro surf-and-turf place where I had scallops and, for dessert, a big green grasshopper (the drink, not the insect). How long has it been since you've seen one of those on a menu? So '70s!
Posted by Steve Reed at 12:31 PM