Another Stack of Postcards 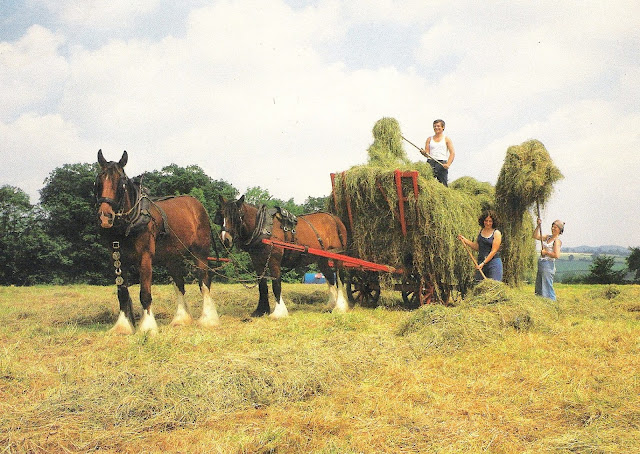 Here are a few of the postcards I rescued on Monday. I was thinking as I scanned these that if I saw them in a store, I would never blog them. What makes them interesting is the finding -- the serendipity involved in my almost literally stumbling across them after someone else had discarded them as rubbish. Hopefully that serendipity is interesting to you, too! 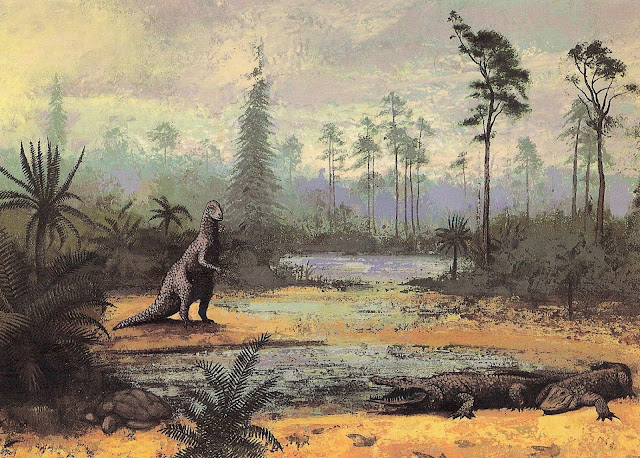 This is supposedly southern England, 124 million years ago. And look -- alligators! I am home, after all! The card is from the British Museum (Natural History), now the Natural History Museum, dated 1987. 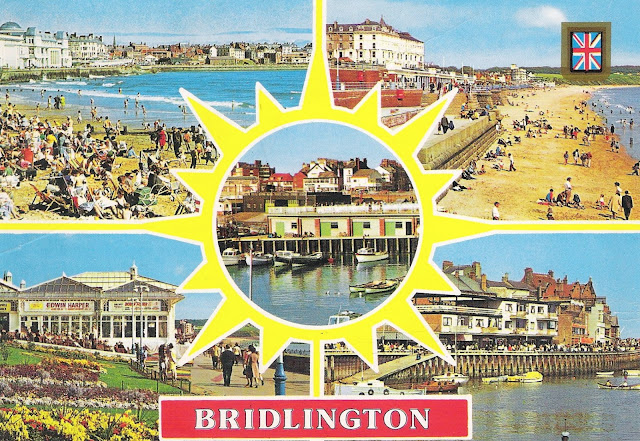 A very sunny postcard for Bridlington, a town on the Yorkshire coast. Definitely makes you want to visit, doesn't it? A veritable Riviera! Someone wins points for graphic design and marketing. 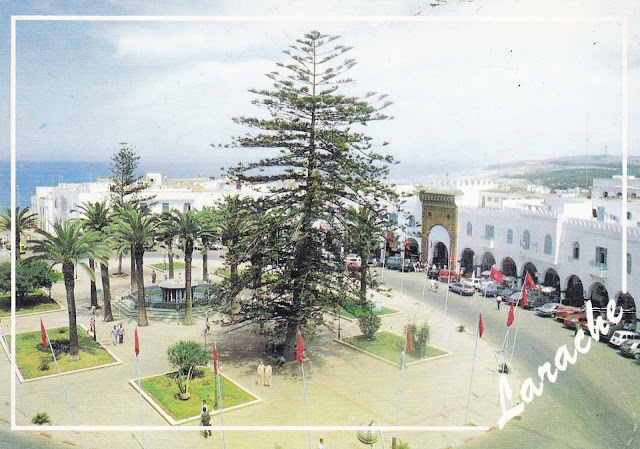 And now for something completely different, as Monty Python would say. This is the only postcard in the bunch that has been mailed -- it was sent from Larache, Morocco, in August 1993. Coincidentally, I was living in Morocco at that time, and I went to Larache almost exactly a year later, in August 1994. In my journals I called it "a dump," but I was very enthusiastic about the hotel where we stayed, which "had 3 soft beds, a hot shower, was scrupulously clean and had a great toilet deodorizer that made the water foamy and the bathroom smell like lilacs."  The hotel, I wrote, was "the best part of the trip."

Anyway, that was my adventure in Larache. What did the postcard writer have to say? Not much: "I'm having a great time in Morocco. It's very hot. I hope you got my message on the phone. Goodbye, see you soon."

Clearly he stayed in the wrong hotel. If he'd encountered my spectacular toilet deodorizer, he would have had more to write home about! 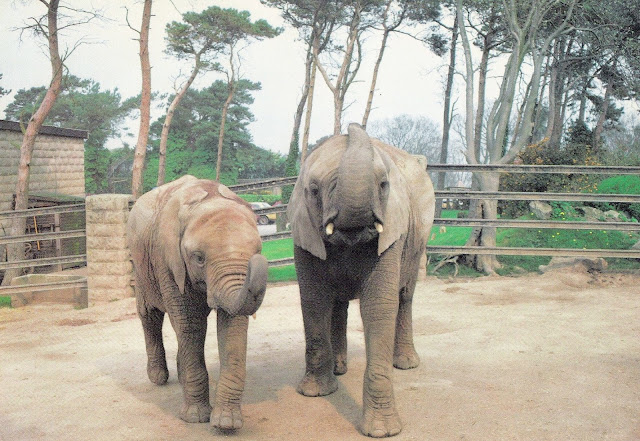 Continuing the African theme while simultaneously circling back to Britain, this is a pair of elephants from the Welsh Mountain Zoo. Although the zoo still exists, apparently it no longer has elephants -- the last one reportedly moved to another location in 1995. 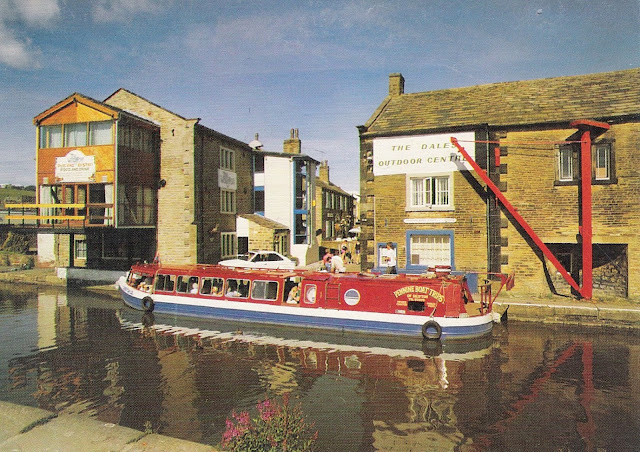 Finally, this looks like a picture I might take on the Grand Union Canal -- but it's actually the Leeds and Liverpool Canal at Skipton, in North Yorkshire. (With what looks like a clump of pink valerian growing in the foreground.)