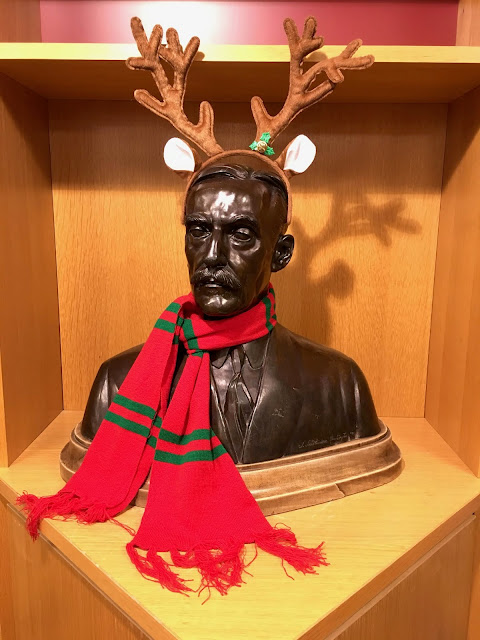 Late last week we finally got around to putting up some holiday decorations in the library. We put up a tree, and wrapped Mr. Mellon, our library's namesake, in a scarf and put some silly antlers on his head.

Then, on Tuesday afternoon, a group of kids were clowning around near the statue. I looked over at them from my desk, at one point, and noted that a girl was wearing Mr. Mellon's antlers. But I didn't say anything. I let them have their fun.

A few hours later, when I was locking up the library at 5 p.m., I noticed the antlers were gone.

Now, this may seem like a minor matter, and I suppose in comparison to Brexit or Trump or climate change or any of our other global disasters, it was. But I vowed that this desecration of our holiday shrine would not stand. I sent out a firmly worded e-mail to the students involved, making plain that I expected the antlers returned or else.

Yesterday morning, when I got to work, the antlers were resting beside Mr. Mellon with the following note: 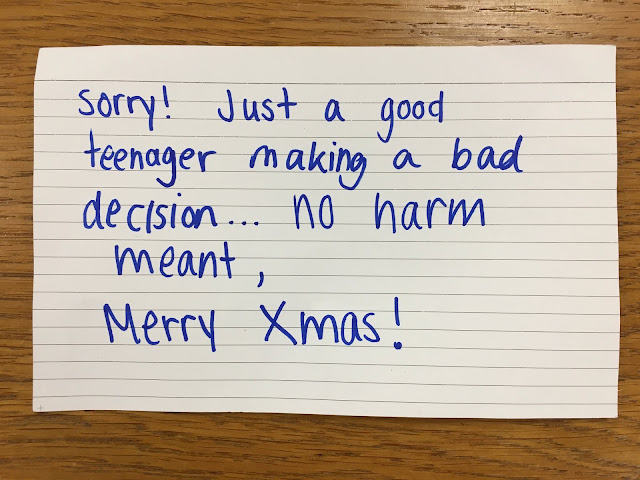 So all's well that ends well. I shall speak no more of it.

Putting Antlergate aside, we had a busy day in the library yesterday. Some carpenters arrived in the late morning to dismantle our DVD cabinet, with extraordinarily bad timing, given that we were hosting several classes doing research. Everyone coped, but the kids sent eye-rolling glances toward the workers whenever they fired up a drill or even -- once -- an electric saw. 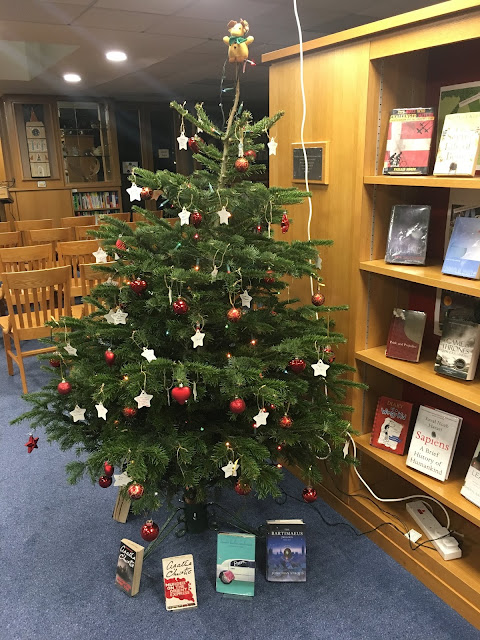 It's a bit Charlie Brown-ish, leaning to one side, but we like it. We had the middle school kids produce star-shaped decorations bearing recommendations of their favorite books. 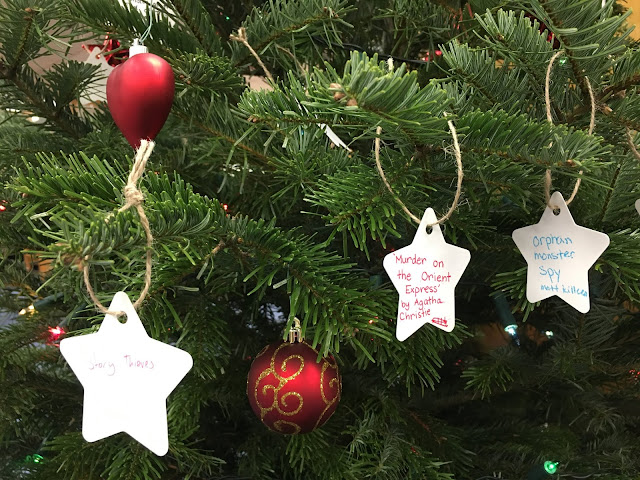 Kind of a cool idea, I thought! (I cannot claim credit.) We then put the recommended books on a shelf beside the tree and around its base. Some of the kids recommended typical middle school stuff, like "Diary of a Wimpy Kid," while some went for more sophisticated fare -- Sheryl Sandberg's "Lean In" and Yuval Noah Harari's "Sapiens," for example. Some serious readers, here! Or at least aspirational ones.
Posted by Steve Reed at 6:26 AM