What That Red Ribbon Means to Me 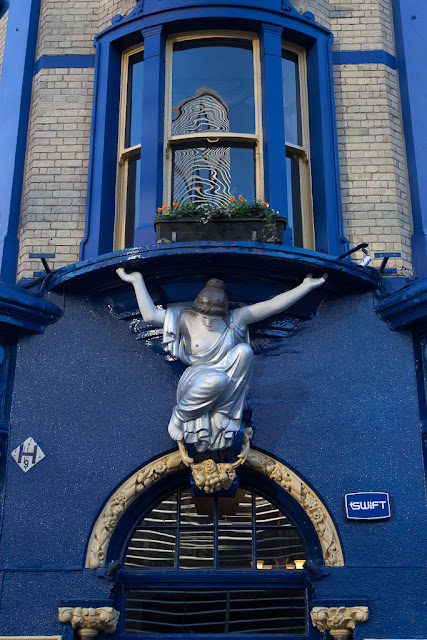 With today being World AIDS Day, I thought I'd write a bit about my complicated relationship with HIV.

I don't have HIV, and I have been incredibly lucky as a 52-year-old gay man to have not lost any close friends to AIDS (though I do have friends with the virus). By telling my own tale, I don't mean to minimize the experience of people actually living with it. But HIV has transformed my experience as a gay man -- how could it not?

I first remember hearing about AIDS when I was in high school. I regularly watched TV news with my family, and when the reports began to emerge in the early '80s and no one knew what caused it or how it spread, I remember my mom saying, "This is going to be bad."

I wasn't out yet, but I felt a visceral fear, knowing that it affected gay men and that might mean me. By the time I finally did come out as a college student, in 1984-85, the virus had been identified but there were no effective treatments. It was essentially a death sentence. I was involved from the very beginning in our campus AIDS Education Project, which worked with the local public health department to advocate for "safe sex."

To say that it cast a pall over my dating life would be putting it mildly. All the talk of risk made dating or sleeping with anyone seem like walking a knife edge. Very early on, I experimented with another guy in ways that were patently unsafe -- fortunately he wasn't infected. But after that, I was scrupulously careful.

I was so careful, in fact, that I subconsciously walled myself off. I was openly gay, I had gay friends, I went out to nightclubs and participated in gay life. But I rarely made myself personally, emotionally or sexually available.

Some people criticized "safe sex" at the time -- so-called "sex positive" activists -- because you had to be so conscientious about your activities. You could never really let yourself go, get into the animal act. And that's true -- even when I did sleep with someone, I was always thinking about the rules and what would or wouldn't expose me to danger. It was, to put it mildly, a drag, and I had guys laugh at me because I was so super-careful.

Even then, my infrequent encounters led me down dark scary paths. I'd wake up two days later with a sore throat or a swollen lymph node and think I was going to die. I would put myself through weeks and months of fear, even though I'd been careful and done everything "right." Doctors would tell me there was basically no way I could be infected, but I wouldn't believe it -- and I'd get tested multiple times during the ensuing six months until I finally convinced myself I was fine.

And then I'd meet someone else, and the cycle of fear would begin again.

I'm sure a psychologist could have a field day with this behavior, exploring my unresolved internalized homophobia or whatever, but I assure you I am not the only gay man who felt this way. I've heard enough stories to know. Ultimately, while I told myself I wanted romance, I subconsciously put myself in places where I didn't believe it was an option (Peace Corps in a Muslim country) or distracted myself with impossible romantic attachments (a best friend who was the object of a long-term unrequited crush).

Even as effective (but harsh) HIV treatments became available my personal life remained somewhat paralyzed. I did meet and sleep with people, but formed no meaningful romantic attachments through the 1990s, and I can't tell you how much time, money and emotional energy I wasted on fear of HIV during those years.

Finally, after I moved to New York in 2000, as treatments were becoming less arduous, I began to loosen up. I still wasn't a libertine, not by any means. But I met more people, had more stable relationships, became a bit wiser and became more comfortable with the idea that I could have sex responsibly and not be afraid.

I don't mean to make it sound like those were the "bad old days" and it's all over now. As we all know, HIV is still no picnic and contracting it is serious business. As I said, ultimately, I am so lucky -- and not just because I never lost any friends or contracted it myself. I'm just barely too young to be of the generation that got slammed most heavily by AIDS. On the other hand, my youth, when I should have been meeting people and going on dates and having fun, was consumed by it.