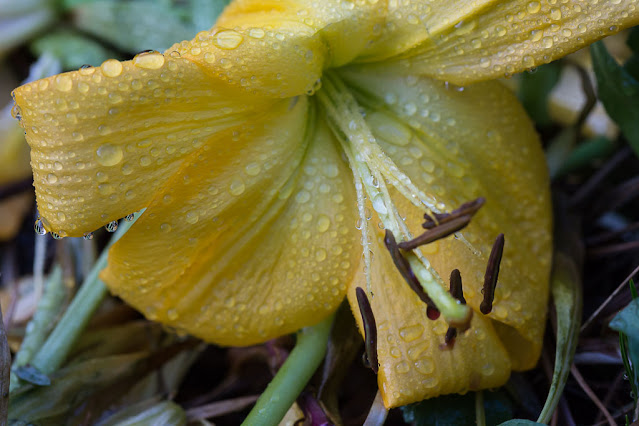 I've just been reading the news. Are we living through strange times, or what? The people who stormed the U.S. Capitol, leading to five deaths and chaos and property damage, are asking for presidential pardons. And the "My Pillow" guy is apparently meeting with Trump and his minions in their continued effort to overthrow democracy, and carelessly carrying his notes so all the rest of us can figure out his half-baked plans.

Just three more days until we're rid of the Trumpster, but all signs indicate they're going to be crazy days.

Personally, I hope Trump hangs his followers out to dry, and then Biden pardons them. I know that seems insane, given their level of treachery and delusion, but it would be a huge step toward healing on a national level. I've been wondering if America needs something like South Africa's Truth and Reconciliation Commission -- an official forum to allow people on both the right and left to testify, discuss the issues, receive amnesty and hopefully reveal some semblance of truth and common perspective. The political divisions are now so severe, with the right and the left believing in entirely different realities -- I just don't know how else we overcome that. If we simply move forward as if the Trump years never happened, those divisions will remain and the questions will go unresolved, and that's a poisonous situation, it seems to me.
I also worry that Biden and Harris are being put in an impossible position. A lot of us think rainbows and unicorns will appear on Jan. 20, and let's face it -- the world will simply move forward with all its myriad problems. True, we'll be better equipped to face them, but they'll still be there. On the other hand, Trump's followers think a hammer & sickle flag will immediately appear atop the White House. I'll certainly be happier with Biden, but he won't be able to make any of us entirely, perfectly happy, and I suppose we shouldn't expect it. We're still going to be living real life. 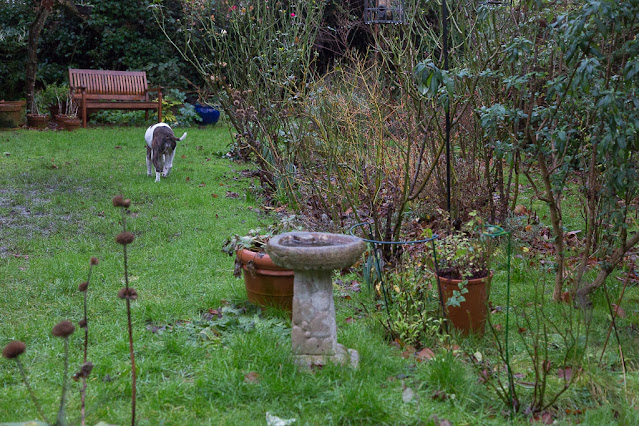 Yesterday was rainy and grim. I threw our faded lily bouquet out into the garden, and droplets accumulating on the wilted petals made a nice picture. Olga couldn't be coaxed into going for a walk. Twice I put the leash on her and got her to the front door, and she firmly planted her feet and wouldn't go outside. We did manage to get her to venture briefly into the garden.

I know I've said this before, but I wonder if she's feeling some side effects from her anti-inflammatory medication. Apparently lethargy is one of them. She barely got off the couch all day, but she's eating normally so I'm not too worried. We probably need to get her a checkup at the vet, but that's not as straightforward as it sounds in a time of total coronavirus lockdown. I'll call them tomorrow.

I spent the day reading, finishing off my accumulated magazines, dispatching another Newbery winner in my ongoing quest to read all of them, and beginning Matt Haig's most recent book, "The Midnight Library." In the evening I made a martini and we watched "Sharknado," which was laughably, hilariously bad and yet bizarrely entertaining. We followed that up with a movie called "Rialto," about a middle-aged, married Irish guy who hires a rent boy. I had a terrible time understanding the dialogue, the accents were so thick (at least to my American ears), but I could make out enough to follow the plot and it was an interesting film.
Today's weather should be better, so hopefully Olga and I can get out of the house.
Posted by Steve Reed at 7:31 AM