I got up a bit late this morning, so my post is tardy. Apologies to those in the UK who usually read my blog at breakfast. (You know who you are!)

Yesterday Dave and I took Olga to the Heath for probably the coldest walk there I've ever experienced. Yes, you read that right -- Dave came too! He never accompanies us on Heath walks, but when I suggested it, to my surprise he said, "Sure!" 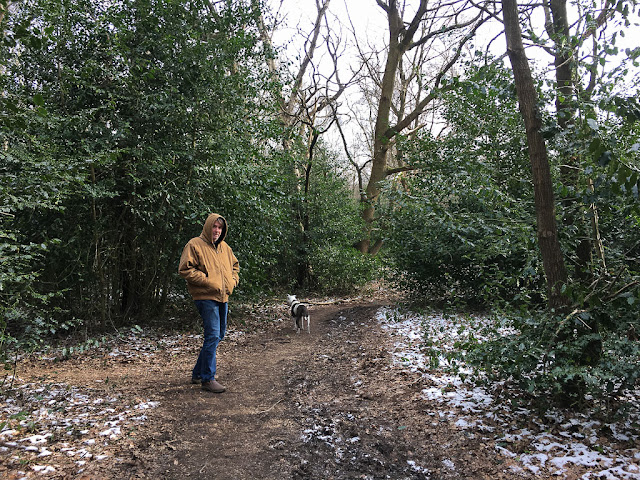 According to my phone it was 28º F (-2.2º C). The normally boggy paths were hard as granite, completely frozen solid -- which was a good thing because they were much easier to walk on and the dog stayed clean! You can see she's on red-alert for squirrels, above, with Nanook of the North trailing in her wake.

I brought my big camera, but when I took it out to use it, I discovered that I'd forgotten to put the battery back after recharging. So it was completely useless, a purposeless burden hanging from my shoulder, and these were taken on my phone. 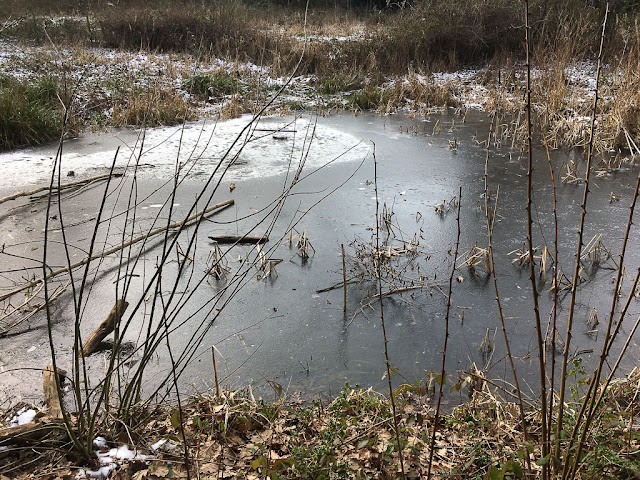 The ponds were frozen over, and my hands got so numb I could barely move them. At one point, on the way home, while pulling out my phone to check the temperature, I realized my wallet wasn't in my pocket. I had a moment of panic, thinking I may have dropped it somewhere with my numb hands. But I decided it may be at home and indeed, it was, sitting in the bedroom in its usual place. Whew! (All I keep in it are a bank card and a tube card, so even if I'd lost it, the world wouldn't end.)


I made a little video to show how sad the garden looks after our deep freeze of the past week. Everything is limp and bedraggled, but it will bounce back. Except for my trays of foxglove seedlings, that is -- remember how I carefully pricked them out into individual compartments last fall? Well, I knew it was probably the wrong time of year for such an activity, and sure enough, they've all died -- every single one. A lot of them were dug up by squirrels even before our cold spell.

I still have tons of seeds, though, so no big deal. I'll just start again when the weather warms up. 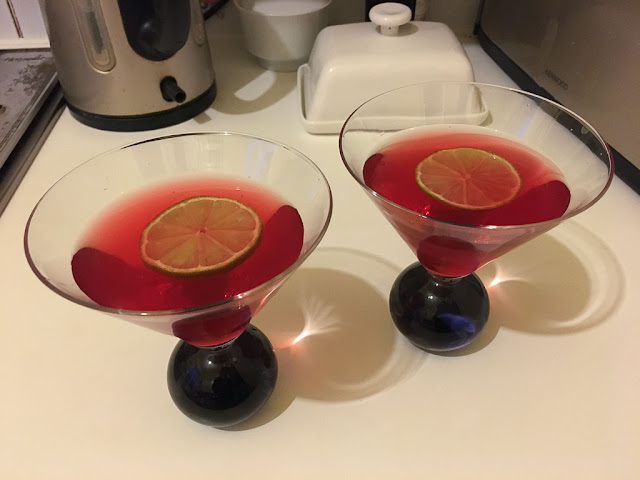 Finally, this was cocktail hour two nights ago. My craft gin club box included a recipe and ingredients for a gin cosmo made with cranberry juice. They were OK, and they looked nice, but I feel like every special cocktail I make through that club winds up being pink and sweet. I much prefer a plain old G&T!
Posted by Steve Reed at 8:29 AM