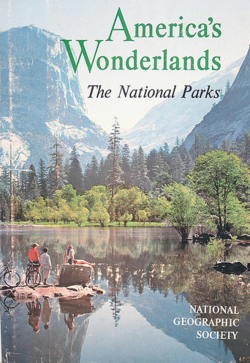 Here's a different kind of post. For some reason I was thinking the other day about a certain book my mom had when I was a kid. I was wondering if I could find a picture of the book's cover online, which I did. (You'll see it down below.) And that got me thinking about all the books she had, weighing down the shelves in our study.

My mom isn't a particularly meticulous person. She read and accumulated books from here and there, and once she put them on her shelf they tended to remain. A lot of her books were yellowed and barely hanging together by the time I began exploring her shelves, and even older by the time we finally got rid of them. But here are a few that are most memorable to me, with the exact covers we used to have. (I took the pictures from the Internet, so the quality is variable.)

This pictorial guide to the national parks (above), produced by National Geographic, occupied a shelf in our living room. I loved looking through the pictures, though I never read the text -- pretty much the way I treated National Geographic magazine itself, in fact. The pictures fueled my dreams of travel. 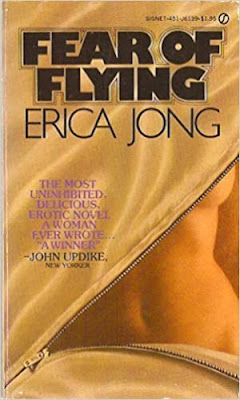 Remember "Fear of Flying"? With its focus on female sexual freedom, it was quite scandalous in its day. I used to sneak peeks to read the sexy parts. All I remember is the main character talking about a certain sexual act being "zipless," and even though I knew the word for the act itself, I didn't understand the "zipless" part at all. (Even to this day, but thankfully Wikipedia explains it.) A few other descriptions linger in my memory, but none that I'm willing to reveal on a family blog. 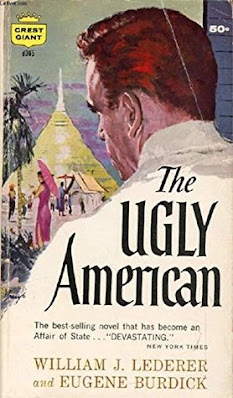 "The Ugly American" was a best-seller in the late '50s, a novel about American diplomacy in Southeast Asia, and how we should focus on building communities and improving resources. Supposedly it inspired the formation of the Peace Corps. I never read it. I always thought it was about an ugly guy, but of course the "ugly" is also metaphorical. 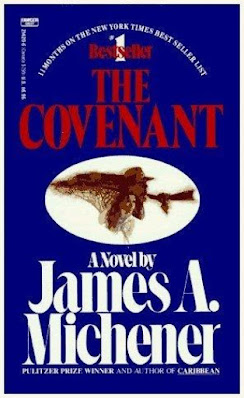 Mom is a Michener fan, and I think she read almost all his books. She recommended "The Covenant" to me in high school. I read the first couple hundred pages, but Michener books are huge, and I gave up after a while. It wasn't bad, though. It was about South Africa. 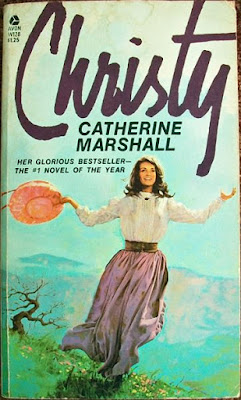 I remember Mom reading "Christy" -- I think her church women's group read it, actually. Apparently it's popular among religious people. It's about a single woman teaching poor children in Appalachia in 1912. Never read it myself. "A Woman of Substance" looks like a lusty bodice-ripper, but I'm not sure this cover does it justice. It's really about a woman who runs a department store empire. I remember Mom not only reading it but recommending it to my grandmother, who also read it. (That's how I know it isn't lusty, at least not primarily.) 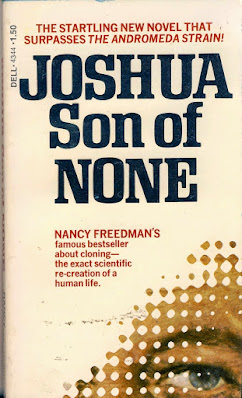 Mom recommended "Joshua Son of None" to me, and I read it in high school and loved it. It's about cloning and John F. Kennedy. 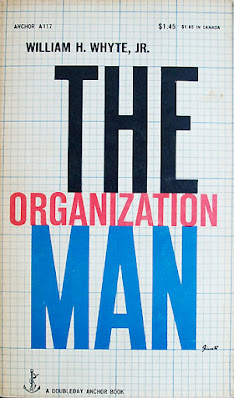 I have no idea why my mother even owned this book. "The Organization Man" was an influential business-management best-seller in the 1950s. It apparently refutes the idea of managing for the common good and focuses instead on a more individualistic perspective -- appropriate for the wildly anti-communist 1950s. I never read it and certainly don't intend to now. 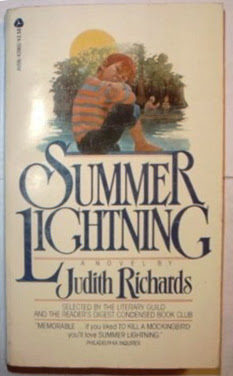 I did read "Summer Lightning" by Judith Richards -- not to be confused with the P.G. Wodehouse book of the same name -- and loved it. It's about a boy growing up in rural southern Florida, so it appealed to me. My brother still has my mom's copy. We all enjoyed it. 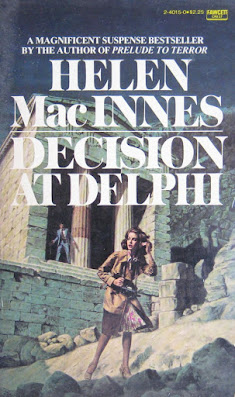 "Decision at Delphi" is the book that started this whole post. I didn't read it and I think it's just a mass-market thriller, but for some ridiculous reason I remember that dramatic cover. 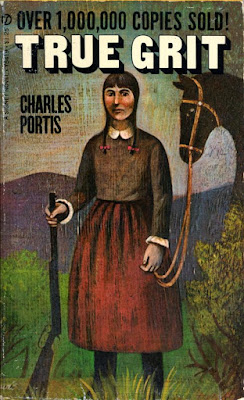 Finally, I vividly remember "True Grit," which Mom also encouraged me to read and which I liked a lot.

I could go on with other examples -- "Catch-22," "The Good Soldier Schweik," "The Autobiography of Miss Jane Pittman," Antonia Fraser's "Mary, Queen of Scots," Nabokov's "King, Queen, Knave," Faulkner's "As I Lay Dying" and "Absalom, Absalom" -- but this post is already long enough. I always appreciate the fact that Mom shared some of her books with me, and set a good example for recreational reading by doing so herself -- in addition to taking us to the library and keeping us reading in other ways.
Posted by Steve Reed at 7:08 AM