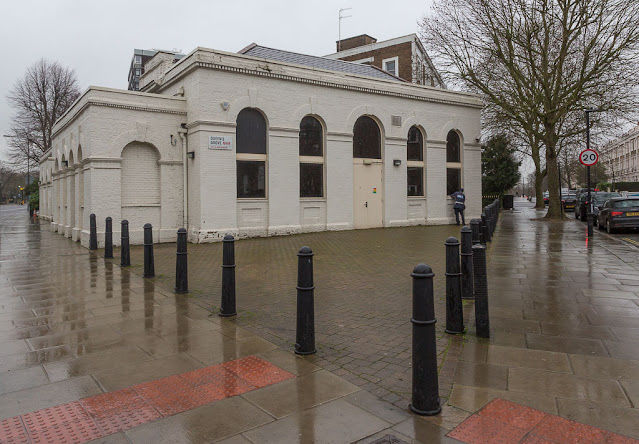 This peculiar building stands at the corner of Finchley Road and Queen's Grove, not far from where I work. It doesn't seem to be occupied now, but you can tell it used to be something, right? (Besides just providing a window ledge for the traffic warden to write tickets.) 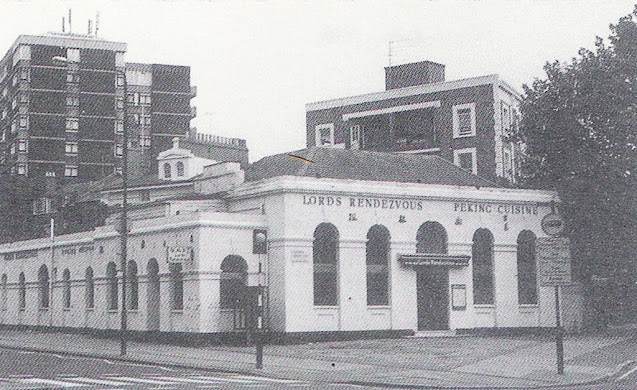 Well, back in the '90s, it was a Chinese restaurant. But long before that... 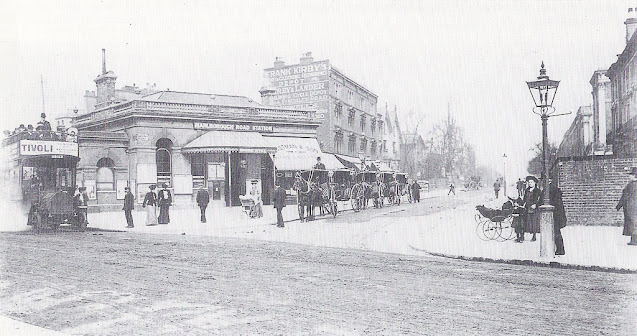 ...it was the Marlborough Road tube station. There used to be stations here and at Lord's cricket ground, both on the Metropolitan Line. They were both closed in 1939 when the current St. John's Wood station opened, served by the Bakerloo Line. In 1979, the Jubilee Line took over this Bakerloo branch, and continues running through this area and up to Stanmore.

So there's your history lesson for the day! (These pictures are from Richard Tames's book "St. John's Wood and Maida Vale Past," which we have in our library.)
Olga has been on my last nerve all night. She's been demanding to be let out every four hours or so, and then when she comes in her paws are all muddy from running around in our quagmire of a garden. I had to wash her feet at 2 a.m., and I should have done it again at 4 a.m. but I didn't have the patience! I don't know if she's just excited because she's hearing foxes doing springtime foxy things, or if something's wrong with her stomach or what. In a word, high maintenance. (Okay, two words.)

This week we began offering curbside pickup for library books. There are still some kinks to work out in the system, but at least we're now able to make books available to our patrons, and I never have to come face-to-face with them. They just pick up the books from a cart at the front of the school. We're still not expecting school to reopen until March at the earliest.
Dave and I still haven't heard anything about vaccines, but I see from the government's guidelines that everyone over 50 is supposed to be inoculated by the end of March. So presumably we'll be hearing something within the next several weeks.
Posted by Steve Reed at 7:12 AM