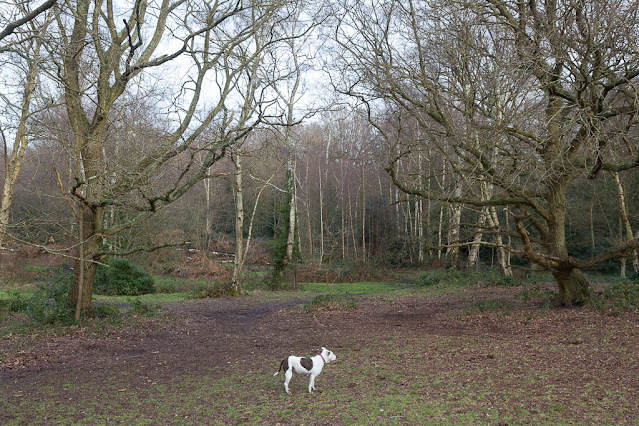 Saturday was miserable, weather-wise, with blowing rain and cold temperatures -- Olga and I took a walk to the cemetery that made us both question our sanity.

Yesterday was much more pleasant, and even a bit sunny. (Still cold, though.) We seized the moment and went to Hampstead Heath for a couple of hours. 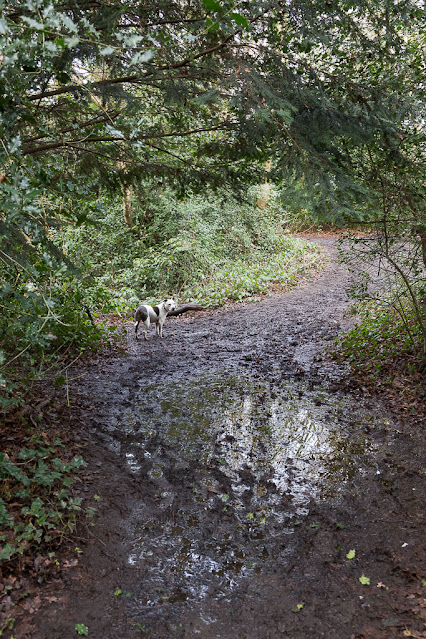 The after-effects of the rain were everywhere. The paths were muddy and some had deep puddles. Olga, surprisingly, didn't roll in them. I think they were too chilly.

In one area, ground-up Christmas tree mulch had been spread on the mire, making it much firmer. It smelled wonderful. What a great use for old Christmas trees! 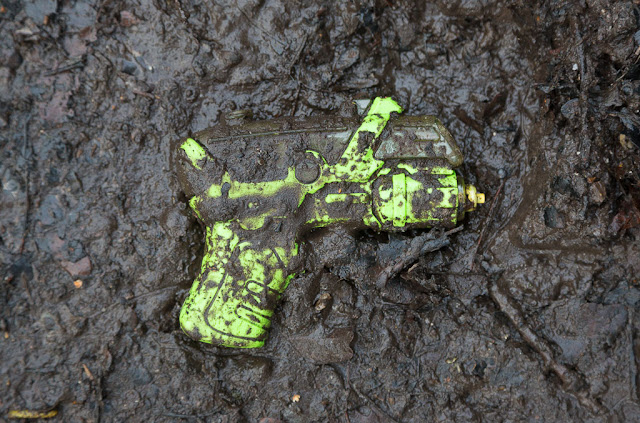 The perpetrator? Colonel Mustard, on the Heath, with the green plastic squirt gun! 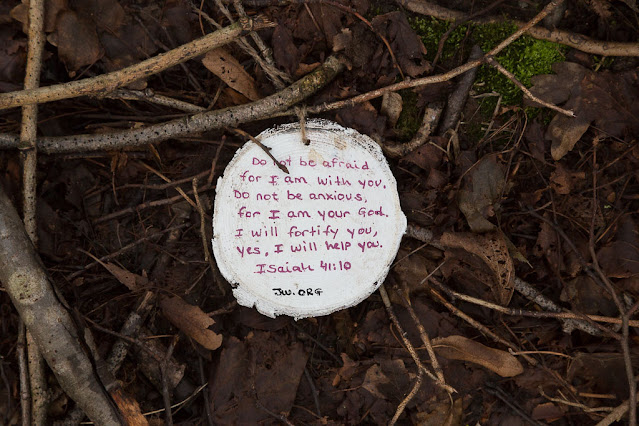 Lots of people were out and about, but lockdown tempers were short. I passed one family with a whiny small child, and overheard the man (presumably Dad) telling him, "You are ruining this walk."

Then, about an hour later, on another part of the Heath, I passed the same group and the man was saying to the boy, "I am sick of your face." Which seems unduly harsh.

I think some people are at their wits' end, being cooped up together all the time.

Perhaps they need a bit of calming Biblical wisdom. Or not. 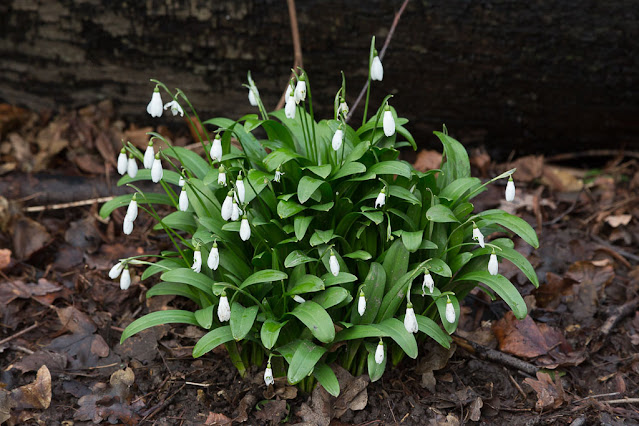 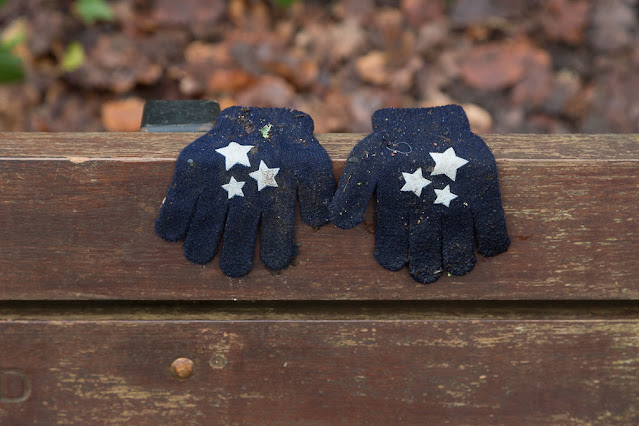 Someone lost their cheerful little gloves. 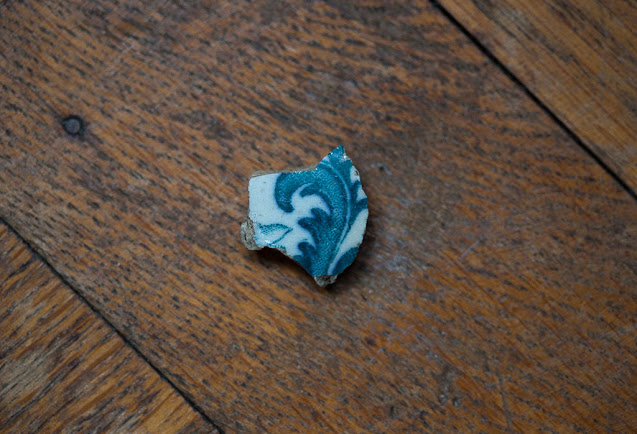 This was the found pottery shard of the day. 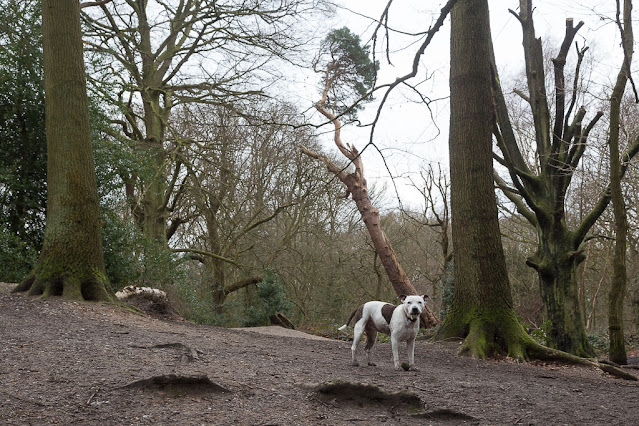 Despite the puddles and the cranky Londoners, we had a good walk. The squirrels were less abundant than usual in this cold weather, but Olga still found a few to bark at. She does love it out there. And miracle of miracles -- she didn't lose her tennis ball!
Posted by Steve Reed at 6:46 AM