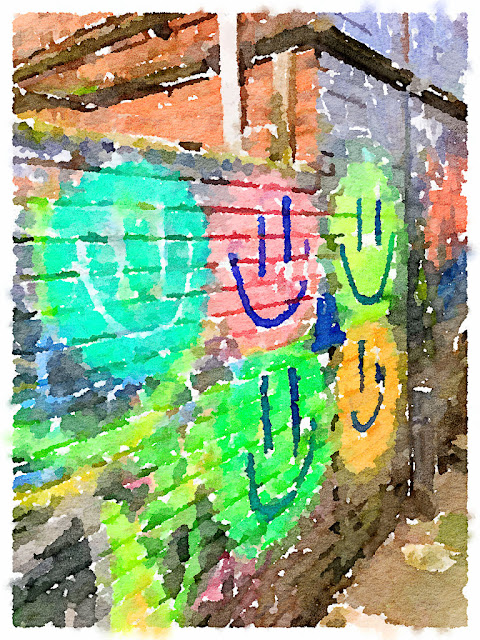 Here's an update on the book rescue project I mentioned yesterday. They're all in pretty bad condition, honestly. I threw away Augustus Smith -- that book was so wet that when I went to work yesterday it hadn't dried out yet, and it was looking very warped and smelling moldy. Into the trash!

I haven't thrown away the Cathedrals book, but I still might. I keep asking myself whether anyone would really want to read it, with the cover looking like that. I think I have saved the ballooning book, but only barely. It's got some warping too. Maybe if I stick it in a bookcase it will be pressed flat over time.

Yesterday The New York Times ran an article about collecting free stuff in the city, and how this is a peak time for those who are into such activities. (They call it "stooping" -- townhouses in New York have front stoops, the steps leading up to the door, and that's where people leave free stuff. It's also where New Yorkers hold their equivalent of yard sales, which are known, naturally, as "stoop sales.") Apparently, with so many people staying home and cleaning up their apartments, and with others moving because their jobs have vanished or gone virtual or whatever, there are lots of castoffs available.

In fact, there are Instagram feeds devoted entirely to stooping. (In a cursory check I found one for free stuff in London, but it's full of debris like half-full Stella beer bottles and lost shopping carts. Not quite the same thing.) 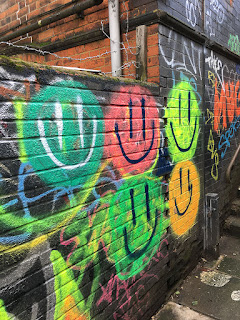 I'm amused to find that my penchant for picking up free stuff is apparently shared by lots of other people -- and some of them are serious about it, furnishing their entire apartment that way. I would be hesitant to sleep on even a clean found mattress (but would it be any worse than a hotel bed?) and I'm not even sure I'd like a found couch. Bedbugs!

Anyway, I don't need to bring more found stuff home. I have enough trouble managing the stuff we have. Yesterday Dave was trying to find his box of disposable face masks, in order to go to the grocery store, and I could not for the life of me remember where I'd put them. I looked all over, fruitlessly, and eventually he just left with a mask he'd already worn.

I did eventually find them, but in the process of rummaging through closets I realized we have a lot of junk and I am starting a clean-out ASAP. I really wish I could take stuff to a thrift store, but they're all still closed for our lockdown, so I'll hold onto the donations for the time being. I particularly need to arrange a hazardous waste pickup from the council -- we have a closet full of paint, varnish, furniture stain and other stuff, much of which was there when we moved in and probably isn't even useful anymore. I'd like to get rid of it all. God only knows what's in there.

(Photos: Smiley-face graffiti in Billy Fury Way, West Hampstead. The top photo has been run through the Waterlogue app; the original is below.)
Posted by Steve Reed at 7:07 AM