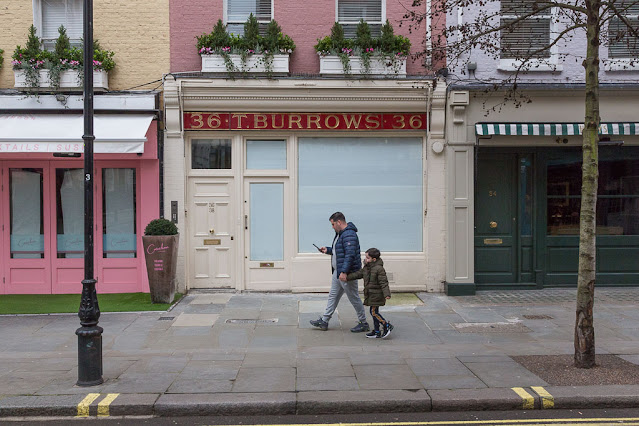 I haven't yet mentioned the death of Rush Limbaugh, but it's been percolating in my brain now for several days. Yesterday The New York Times ran four opinion pieces about Limbaugh, and it seems everyone has a viewpoint on his legacy. Here's mine.

As you can imagine, I was not a fan. The few times I listened to Limbaugh, his combative, swaggering, name-calling style turned me off right away. I think he did more to debase political discourse in the USA than possibly any other person. He not only drove the news media to be more outspoken and outlandish, he also pushed national leaders and ordinary citizens toward a brand of politics that was based on insults and grievances. That was basically his appeal -- he cast aside society's expectation that people should be polite and treat each other with respect. We're all suffering for it.
My friend Sue once said that Limbaugh was popular because "he gives people permission to be assholes." I thought that was a very astute observation. Growing up in the '70s, we'd all been drilled in tolerance and open-mindedness and "Free to Be, You and Me," and while that kind of thinking appeals to me, some people chafe against it -- especially those who feel angry or threatened by a perceived loss of entitled social status (i.e. straight white men). It's hard work to be tolerant, after all. Sometimes you have to push yourself, hold your judgement in check, extend some effort. Limbaugh punctured that expectation of tolerance. He told people it was OK to scoff at their neighbors and call them names and ridicule their views.

We're still dealing with the fallout. Our political culture today is poisoned by a lack of civility and respect on both sides -- but let's face it, the conservatives have mastered the art.

I'm not rejoicing at his death, but I'm certainly not sad. I do believe in a kind of karma, and while I don't know much about Limbaugh and his personal life, it seems to me -- with his four wives, drug addictions and blustering persona -- that he wasn't particularly happy. Whether that drove his on-air anger or vice versa, who knows?

Unfortunately, his death doesn't mean we're done with him. His on-air talk radio and TV imitators are still out there, stirring the pot. Oh for the days of Paul Harvey! 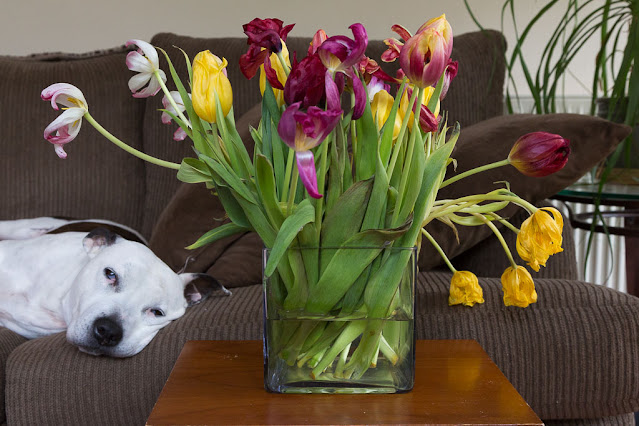 Here's a last portrait of our tulips, which are now in the garden waste recycling bag.

Yesterday was pretty quiet. I mostly rested after my long walk on Friday, finishing "Island of the Blue Dolphins" -- which I was happy to discover I still love -- and taking Olga to the cemetery for her daily outing.

I moved a bunch of our plants outside, mostly geraniums that were sheltering indoors for the winter, and I cleaned around the back door. It feels so good to have that space clean and open again. The temperatures for the foreseeable future are supposed to be in the 40s F at night and up to 60º during the day, so not exactly balmy, but not frigid either. The plants should be fine unless we get another Arctic blast, which is always possible.

(Top photo: Marylebone high street, on Friday.)
Posted by Steve Reed at 7:49 AM