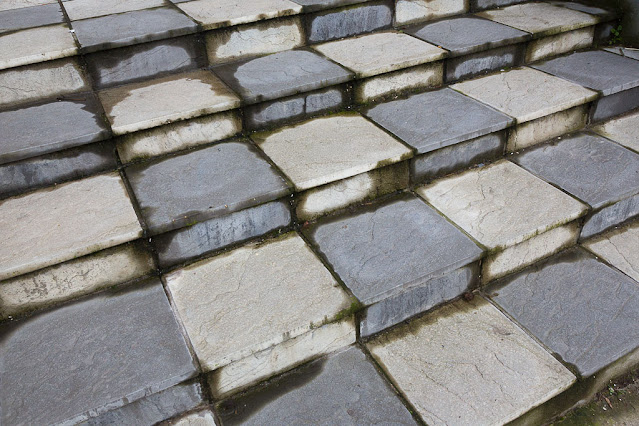 Dave and I are now officially on February break. School doesn't resume until the 22nd. I know Dave is happy to be off the computer for a while, and since I won't be walking to work I guess I need to find some other reasons to get out of the house!

I had a fairly busy morning in the library yesterday, with people checking out books for the week to come. I had about 10 customers, which doesn't sound like a lot, but when I'm pulling the books, checking them out, e-mailing the recipients to schedule a time for them to collect their materials, and putting them outside at the appropriate hour, it's a little more involved than usual. Hardly strenuous, though. 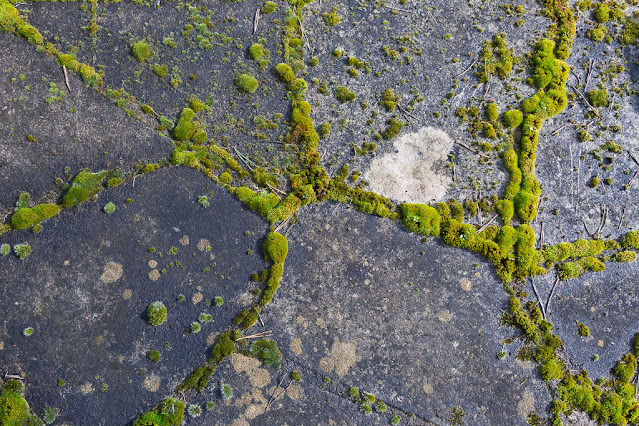 I hope to do some of my own reading over the break, too. I have a stack of Newbery books to plow through. My current book is called "Hitty: Her First Hundred Years," which won in 1930, and it's about a doll. I am not particularly excited about it. 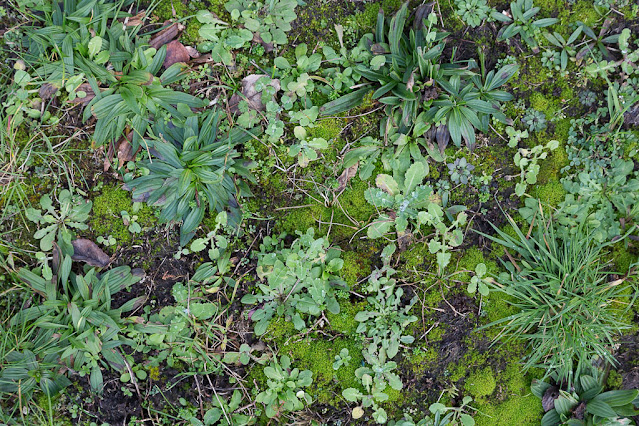 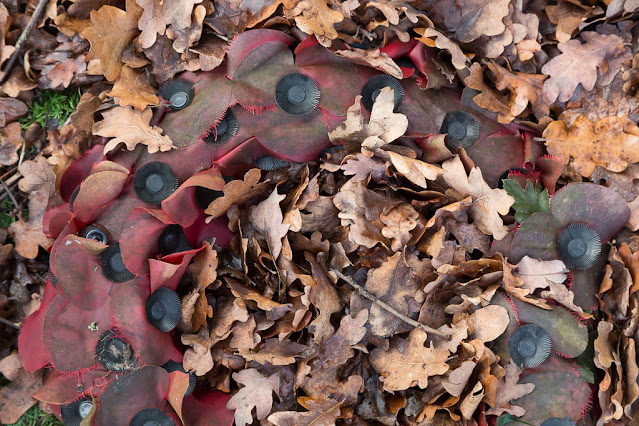 Everything outside is frozen solid right now. We have a big bucket of rainwater next to the house that we use to water our tree fern, and it is a block of ice. The temperatures are supposed to break after today, though. Monday will be a balmy 54º F! 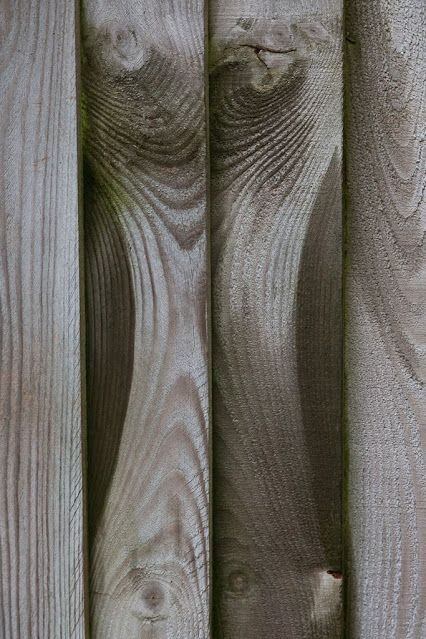 Other than that, I got nuthin'. Trump's impeachment grinds on; at this point I just want it to be over so we can all move forward. The Democrats have made their point by reading all of this history into the official record. Republicans aren't going to budge, mainly because they don't want to give the Democrats any semblance of a victory, and that's that.
On the bright side, the Gorilla Glue woman is finally free of her shellacked hair!
Posted by Steve Reed at 7:35 AM

Your photos in this post seem very vivid. Enjoy your break from work and use it happily. Great story about Gorilla Glue Girl. Reminds of when my toenails were painted with furniture varnish on a Thai beach.

Other than that, you got plenty. The photos are beautiful. I'm happy for the ridiculous Gorilla Glue Girl.

You have observed some interesting patterns there Steve. My favourite is the fence panels with the swirling grain and the shadows of knots. Mundane but beautiful too.

Hope you enjoy Hitty; it was one of my favorites. Must look it up on internet archive and see if it's worn well. Growing up in Vermont and Maine, we got a lot of Rachel Field and Elizabeth Coatsworth.

How well we remember that feeling of euphoria when the school holidays arrived and freedom from the classroom [or Zoom, as it is now] stretched ahead. Oh, the plans that could be made whilst not being concerned about timetables.

Now we no longer work, we tell ourselves that Thursday night is the beginning of the weekend so that there is a change of pace, even though it is simply in our imaginations. So, enjoy the time, even if it is time to do nothing at all. That is also very valuable as teaching really does drain the batteries.

Your photographs are wonderfully atmospheric. We have looked back and can see how your images really capture the mood of the moment.

We have no idea how we arrived here...perhaps via Darling Andrew. Whatever, we have signed up for more.

Great photos, as usual, and good for that girl. I mean, it was kinda dumb to do that, but at least she got it taken care of.

Oh, Steve! You are going to read Hitty!
https://www.blessourhearts.net/2013/11/one-of-those-posts-wherein-i-really.html
I love that book and it is full of adventure, even if it is about a doll.
Your pictures in this post are lovely.

If that Gorilla woman were my daughter I'd hang myself. There is stupid and there is STUPID. And if a daughter of mine (her being age fourty!) were THAT stupid I must have failed her big time. Effing hell! Still, Gorilla Glue and its super powers must have got a lot of mileage out of the publicity.

Since you are ploughing your way through the Newbury books I have been looking up what that Medal means. Well, I never. As long as you are either an American citizen or resident you are in with a chance. The list is long. You sure do have your work cut out, Steve. As I was scrolling through I found "Charlotte's Web" by E B White 1952. It's an enchanting tale. One which I took the then little Angel to see on stage. The other title that means something to me (a lot actually) is on our shelf - bought for aforementioned Apple of my Eye when he was in his early teens - "Holes" by Louis Sachar 1999.

Your visuals, as usual, an absolute delight. I'd nail every single print on the wall. Though the leafy one, interspersed with very round "eyes", I'd put somewhere dark. So those eyes can't see me.

I love this set of photos! and what is that reddish stuff with the black 'buttons' second from the bottom? the arctic blast is getting closer. 34 tonight, 19 tomorrow night, 10 the night after that.

I love seeing the grain of wood. Wonderful pictures. I'm with Ellen. What IS that red thing. I remember reading 'Hitty'. I loved it.

SCHOOL'S OUT- YAY ! Not that it makes a great deal of difference.
Curious about the wreath (?) with what look like Reese's cup papers. Was that in the cemetery? Pretty cool! The heart shape on the mossy stone is amazing. Especially fond of the the wood grain dance too, Splendid shots, Sir!

Your photos are so interesting and I keep going back to study them as more commenters point out things they see in them that I did not notice at first glance! Well done!
Oh, and really, Trump is an ass, isn't he?

The "reddish stuff" is a wreath of artificial poppies, laid on the grave of a soldier or veteran at the cemetery. (And subsequently covered with dry leaves.)

You are REALLY getting a blast!

It's a poppy wreath. Artificial poppies like those are often used in Remembrance Day ceremonies and on graves and memorials to soldiers killed in battle.

Yes, the wreath was in the cemetery! Actually, all of these were taken at the cemetery except the top one of the steps (a shop near the cemetery) and the bottom one (our garden fence).

I'm glad you like them! There is literally nothing good about Trump. Not a single thing.

You know, now that you mention it, I wonder if Gorilla Glue underwrote this whole thing as a publicity stunt? It certainly attests to the power of their glue!

"Charlotte's Web" was famously NOT a Newbery Medal winner -- just an Honor Book (which is basically a runner-up). I'm not reading the Honor Books because there are just too many, and I'm not sure I could even get ahold of many of them. I'm reading the main medal winners, so, yes, "Holes" will be one of them.

I'd forgotten you like "Hitty"! Some others have called it a favorite as well. I must admit I struggle with doll books, but so far it's much better than I anticipated.

Yeah, it wasn't the best move, but she's handled the whole ordeal pretty well, all things considered. I would have just shaved my head! (Of course I shave my head anyway.)

Hello and welcome, Jane and Lance! It's a little weird to have a break from working at home (in Dave's case) and partly at home (in mine). Now we'll be hanging out in the same space with even LESS to do! LOL! But yeah, Zoom teaching IS exhausting so a reprieve will be nice.

It's good so far! I'm about 75 pages in. Winced a little at the descriptions of the "brown savages" in the islands where Hitty and her family arrive after their shipwreck, but most of the book seems to have aged pretty well.

Thanks! I hadn't noticed that pattern before (on our garden fence) but that was soon after a rain, and the wood was damp in ways that accentuated the grain.

I had missed the Gorilla Glue lady saga so I enjoyed reading the article you linked. If I had not lived through the Trump era I would not have believed someone could be that stupid.

What an awful thing to become famous for, right?! But it's very Warholian -- we all get our 15 minutes.

Glad you like the pics! I hope the varnish came off more easily than the Gorilla Glue!

LOL! It takes all kinds!

Your photos and subject matter are gorgeous. I like the white heart in your second photo.

One of my great favorites, too, and I still have my copy from the 1950s, read and enjoyed by both my daughters in the 1980s. I’ll be interested in your report when you’ve finished.

One of my all time favorites as a kid, read and reread; I still have my copy from the Fifties.

I can't imagine being tied to the computer all day, so vacation would be a welcome break. I retired 3 years ago and spent as little time on the computer as I could when I was teaching. I would NOT enjoy what teachers have to do now. I admire them very much for all the extra effort they're having to put in.

I LOVE all your patterns today! Great photos. Enjoy your time off. I hope it warms up in time for you to get some good walks in. I watched the Netflix movie "The Dig" the other night then became curious about the items that ended up in the British Museum. I checked their site and sure enough, I remember seeing them. Now I want to go back for a second look. They will be even more interesting in context. (the possibility of going to London again keeps me going)

Cheers
P.S. Olga Girl Needs - Needs Something - And A Biscuit Might Help Fill Her Immediate Need

I didn't even recognize it as a heart, but you're right! :)

Yeah, this Zoom teaching is exhausting in its own way, for both the students and the teachers. (And the parents!)

I saw that movie being advertised but I haven't looked into it yet. We should check it out! Thanks for the tip.

Yes, definitely finding some language that would have been typical in the 1830s to 1930s that could be updated, or perhaps better, that cry out for discussion with children. I know there are different schools of thought about that. It seems like minor tweaks could be made without hurting the exciting narrative that I loved as a child or Hetty's dryly humorous observations on her surroundings that I'm enjoying now.

Is this the Hitty book written in 1929? When did it get the Newberry award?