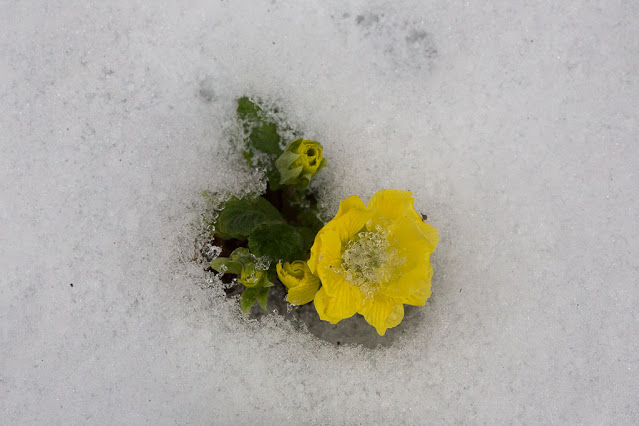 Our little primroses, blooming valiantly all winter, have been buried in snow. They're slowly emerging and though they may look a little worse for wear now, they'll be fine in no time at all. Early spring flowers have to be hardy! 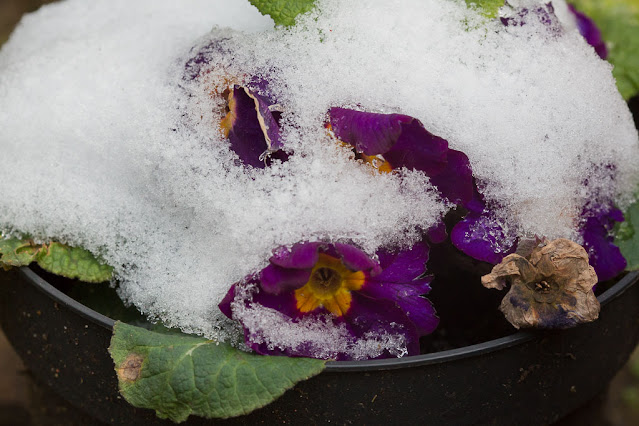 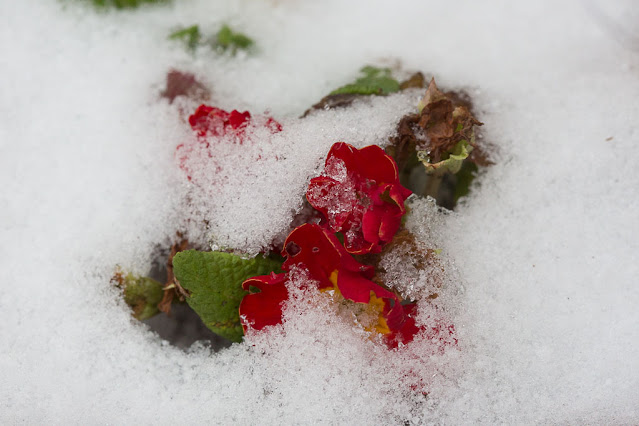 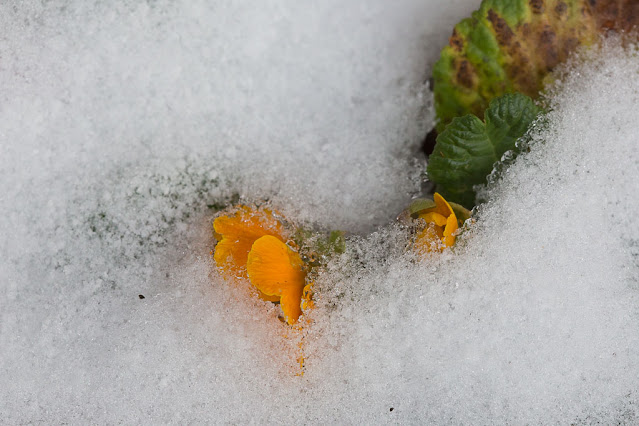 Have you been watching any of the impeachment arguments? The video evidence presented by the prosecution seems damning to me. But of course I already agree with the prosecution, so what I'm really interested in is Trump's defense. I'm very curious what his lawyers will say, and I'm wondering how Republicans -- who pretend to be all about law and order -- will justify supporting him. I'm sure they'll settle on something like, "Well yes, it was terrible, but why is Trump to blame?"

Which is a total cop-out.

Dave and I have been watching a documentary series on Netflix about the disappearance of a young tourist at the Hotel Cecil in downtown Los Angeles in 2013. What's fascinating about the case isn't just that the woman disappeared -- it's that a whole Internet cult of self-appointed "cyber sleuths" grew up to "investigate" what happened from the comfort of their armchairs. It shows how asking questions can lead some to conspiratorial thinking, and how the Internet fosters that kind of detachment and disbelief in authority. I turned to Dave at one point and said, "It's just like Q-Anon!"

What can we do to bring people back down to earth? How can we as a society enjoy the positive aspects of the Internet, and afford people freedom of speech, without enabling all this destabilizing insanity?
Posted by Steve Reed at 6:32 AM