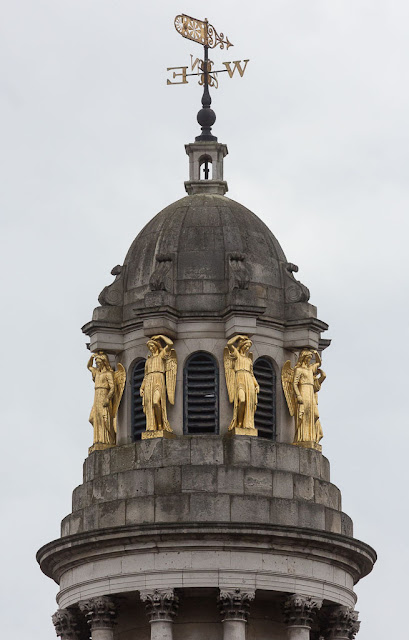 Yesterday was quite busy -- a full morning at the library, including a chatty Zoom meeting with my colleagues, and then an afternoon of tasks around the house.

I repotted our amaryllis bulbs in fresh soil, so they're all set for another year. I watered them and set them just inside the back door, where it should be warm and bright enough to get them sprouted. They only hibernated in the shed for about four weeks, but they were largely dormant in the dining room for several weeks before that so I think they're sufficiently rested.

I also repotted a hanging basket just outside the back door -- the one holding our red verbena. That thing has been going strong for several years now, and it needed a slightly bigger home.

But the biggest task... 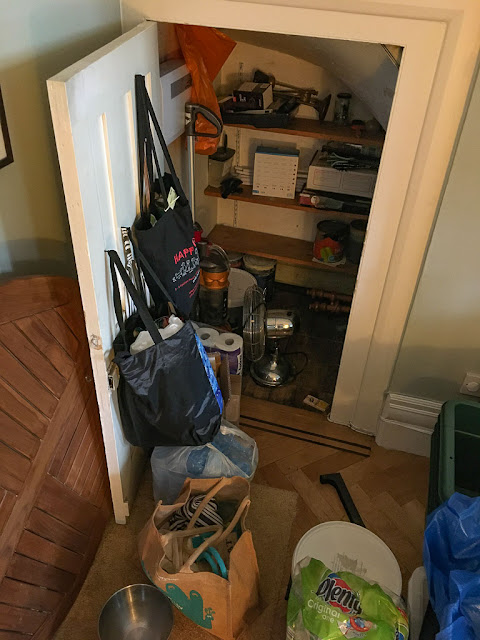 ...was cleaning out the space under the stairs. This area has remained largely unexplored by us in the almost seven years we've lived here. It's been chock full of random household items, cans of old paint, boxes of tile, curtain rods and other stuff, and for all I knew there were literally skeletons in there. We use a small space just inside the door to store tote bags, paper products and empty but potentially useful cardboard boxes, as well as our fan, but the inner reaches contained stuff either left behind by other tenants or belonging to the landlord.

Well, I pulled everything out, sorted the stuff worth saving from the stuff to be discarded, and vacuumed the entire space. There were things in there I didn't realize we had. For example: 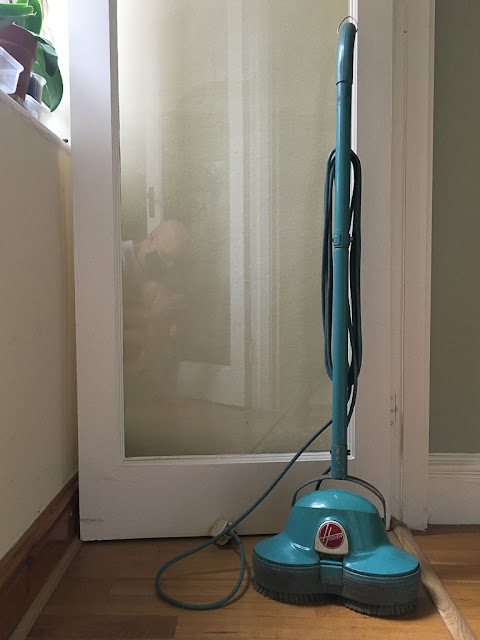 Look at this groovy old floor scrubber thing! I don't even know what to call it. Here's a close-up: 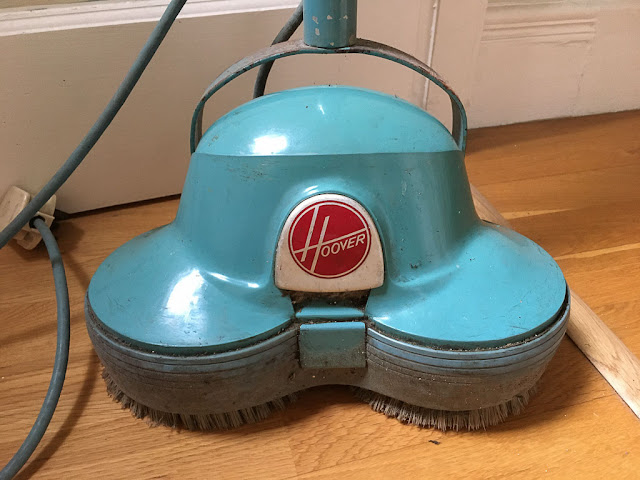 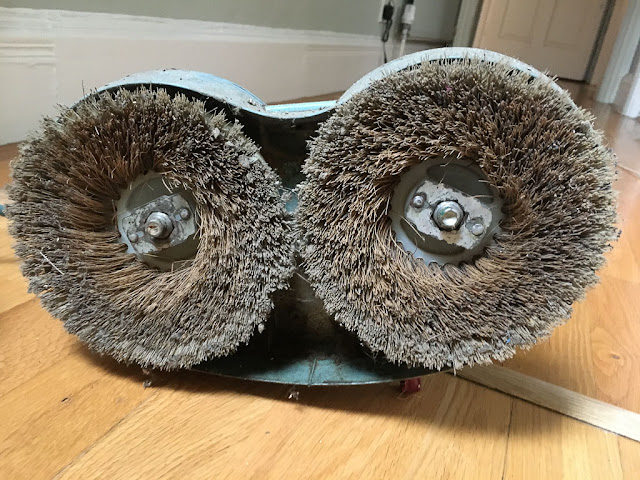 I have never in my life seen anything like it. According to this web page, which is apparently run by someone who collects old vacuum cleaners, it's from 1961. It's not a vacuum, because there's no air suction -- it's just a scrubber or buffer. Those bristles are seriously stiff. I'd be scared to plug it in but with all its turquoise retro charm, I'm not going to get rid of it.

There are, however, two other vacuum cleaners in that space -- plus our two vacuum cleaners, which means, yes, we have FIVE floor-cleaning devices -- and I'd like to throw two of them out. So I've written the landlords and asked permission to do so. I have two boxes of old paint for the council to collect, and I've thrown away a bunch of mouse-nibbled junk. (There are no mice in there now, but there were in the past.) It makes me feel better knowing that space is no longer packed with debris.

(Top photo: The steeple of a church in Marylebone, near the entrance to Regent's Park.)
Posted by Steve Reed at 6:23 AM