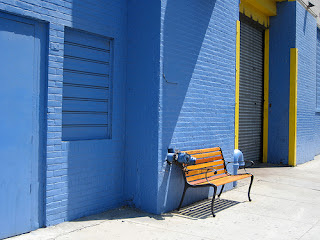 When I heard yesterday that Jerry Falwell had died, I was happy. And relieved.

I wish I were big enough to mourn the loss of Falwell as a human being, an element of humanity as a whole. I’m sure his relatives and friends are saddened by his death, and I’m sorry for their sadness. I know that his moralizing and bigotry stemmed from his genuine, though misguided, interest in protecting his values and those of the country.

But the fact is, Jerry Falwell was a man who misused religion. He gave lip service to loving the sinner but his statements - like the assertion that 9/11 occurred because God was angry at America over gays and abortion providers - created a climate that allowed discrimination and violence to flourish.

It’s interesting that I’m ready to forgive Anita Bryant - who came from pretty much the same place as Falwell, ideologically - but I’m not quite ready to forgive Falwell. I think it’s because Bryant earned a measure of affection from me as a child, whereas I’ve only known Falwell as the heavy-handed leader of the Moral Majority.

So, yes, I felt relief at his death, relief that this thorn in the side of American society had finally come out.