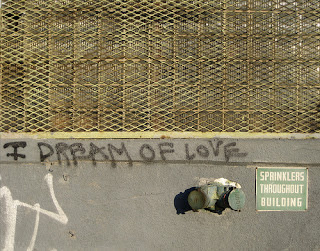 So I gave up on Match.com. I tried it for a month ($43), and I wasn't all that impressed with the results. But I think part of the problem may have come from my own indifference to the whole matter of dating. (Contrary to the photo, I don't really "dream of love.")

I did contact four or five guys, and one of them responded. We went out a couple of times but there was no chemistry to speak of, and in fact after a while I found him a little annoying. Neither of us called the other back. So that was that.

I can't say that I applied myself heavily to the process, though. I logged on maybe five or six times, but ultimately, I was just too busy to do much more. (My own profile was viewed 143 times - and I got THREE messages from other guys, two of whom lived more than 50 miles outside the city. Geez!)

When it comes right down to it, I'm pretty happy just being single. This has always been my natural state - lots of friends, busy social life, but little or no dating. Fighting that just seems a bit forced. So no more Match. I prefer to remain open to possibility while cultivating my own solo happiness. And I can think of better things to do with 40 bucks a month!
Posted by Steve Reed at 11:30 AM