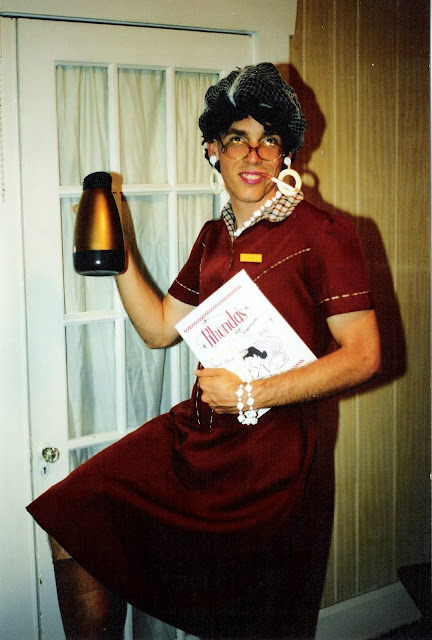 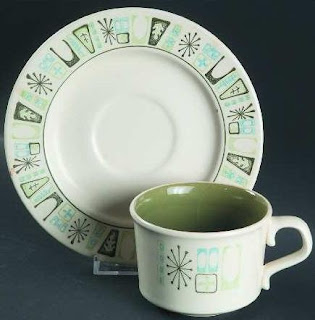 And just so everyone knows, we all (there were two or three more who dressed up with us) were a huge hit at Guavaween. We really worked the crowd, taking orders and giving coffee refills. Fun times!

Yeah, I think there were four of us, Kevin -- and the other two were women! If I remember right, John didn't go with us but he did draw our fantastic "Rhonda's" menus.

HAHA Very entertaining post! LOVE the Cathay stuff!!! You so should have kept it!Very cool. Hope the pooches are OK.
Great photo of the cutest (?) waitress in town.

You were a great looking waitress! I didn't know you were in the Peace Corps - where did you go? Or can I find all this information on your blog if I take five minutes to try? :)

Very cool post. I didn't realize you had resumed your blog...sweet!

Hey Steve, I just remembered the name of that cheap Walgreen's lipstick you're wearing: Harlem Nocturne.

LOL! I remember "Harlem Nocturne"! We bought it at a Walgreen's in downtown St. Pete!