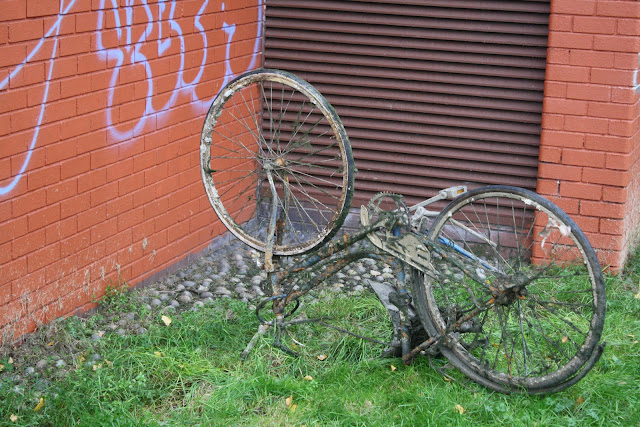 While running along the Grand Union Canal yesterday morning, I came across this wreck of a bicycle. It looks like someone pulled it out of the canal, covered as it is with algae, rust and crusty mud. 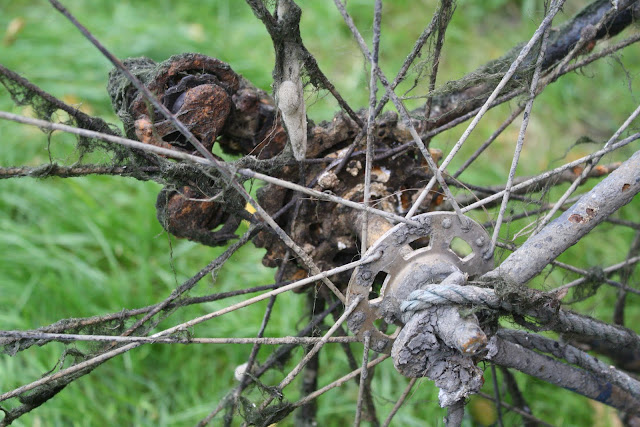 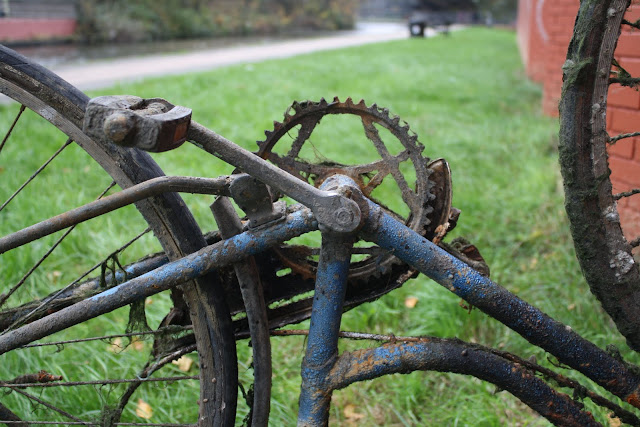 You can see the canal in the background above, along with the towpath where I run. 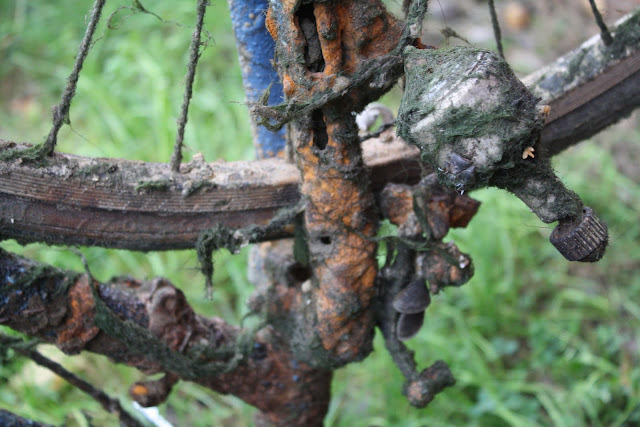 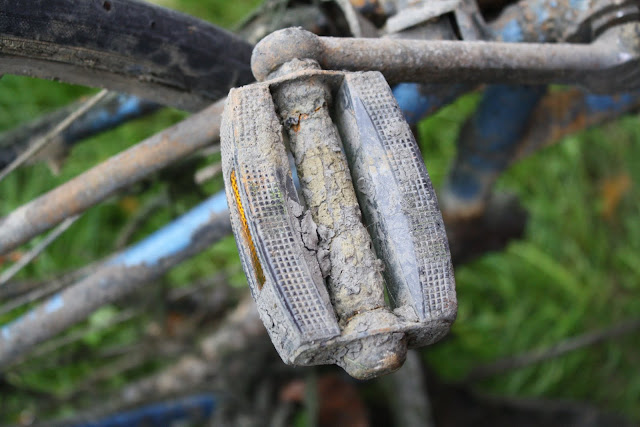 My brother the bicycle blogger might be able to tell us exactly what kind of bike this is, as well as point out any interesting features. (I'm sure it's some inferior brand, at least in his eyes -- he's used to pro equipment!)

I didn't take this photo while running, by the way -- I don't carry my camera when I run. (I'm not that crazy!) I went back yesterday afternoon to shoot some street art I found along the way, and I caught up with the bike then.
Posted by Steve Reed at 7:58 AM

That might make an interesting sculpture but I'm wondering if it can be restored?

Nice little work-a-day step thru frame there for a woman or maybe a man with a bad hip. I dig the little tire driven generator for the lights. Otherwise, not too much of interest, other than the "After Man is Gone" artistic value, that is.

Cool pictures! I should read your blog more and stop being such a drip.

Word Verification "Craceos" As in, "That bike, as evidenced by the cotter pinned cranks, dates from the Craceos period.

E: I think it's already a sculpture!

UtahD: I figured it was basically a Sears special. (Or the UK equivalent.) And yeah, stop being such a drip! :)