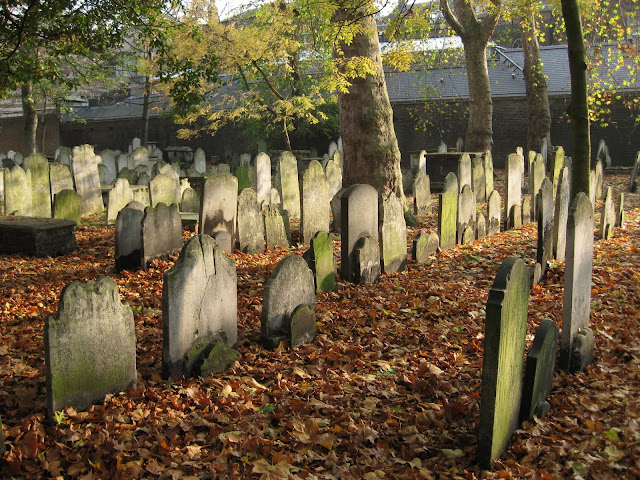 When I was walking in the Finsbury neighborhood last week I came across an old cemetery called Bunhill Fields. (The name apparently comes from "Bone Hill" -- don't you love that? So macabre!) Old cemeteries fascinate me, so I wandered through the gate and along the rows of headstones, which seemed to date mostly from the 1700s and early 1800s.

I walked beneath the immense trees, admiring the afternoon light, and saw a few stones carved with ornate skulls or other decorations. In a central courtyard I found a surprise -- the graves of William Blake and Daniel Defoe! It really is true that history is everywhere in London. 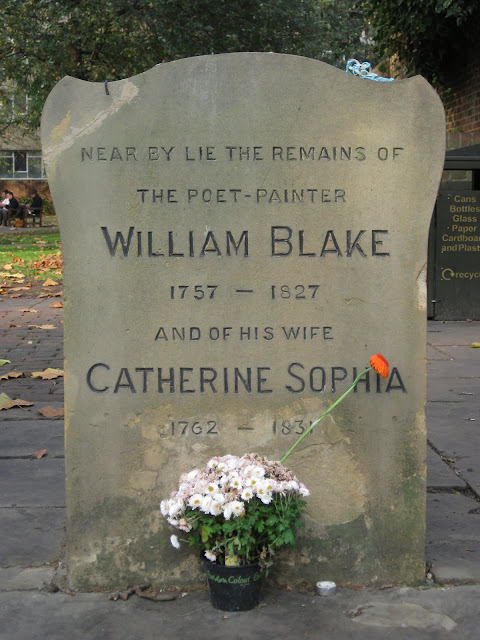 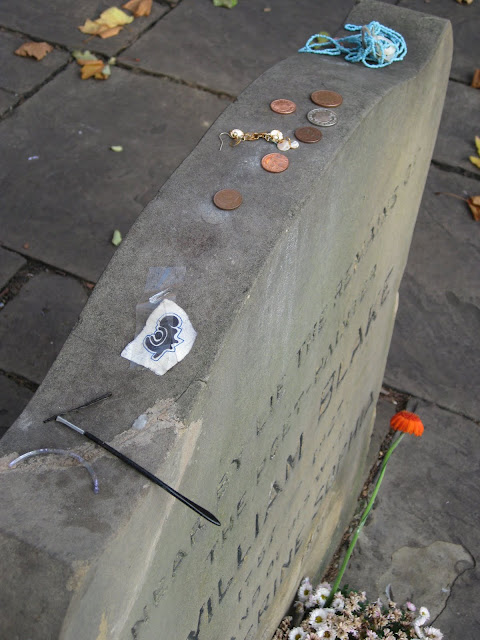 Blake's stone was decorated with a mysterious collection of small objects, including coins and pieces of inexpensive jewelry. 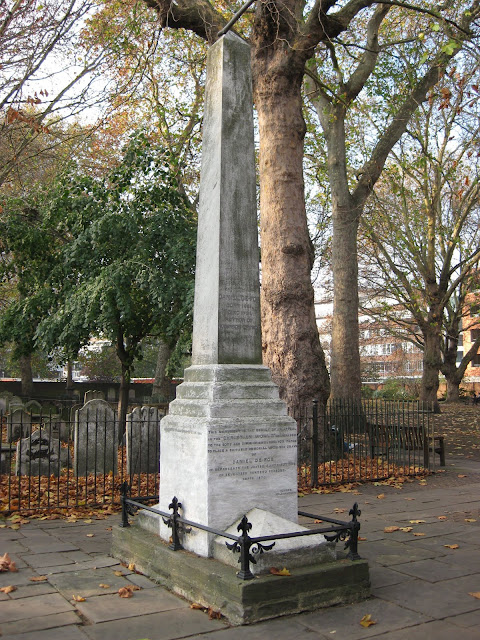 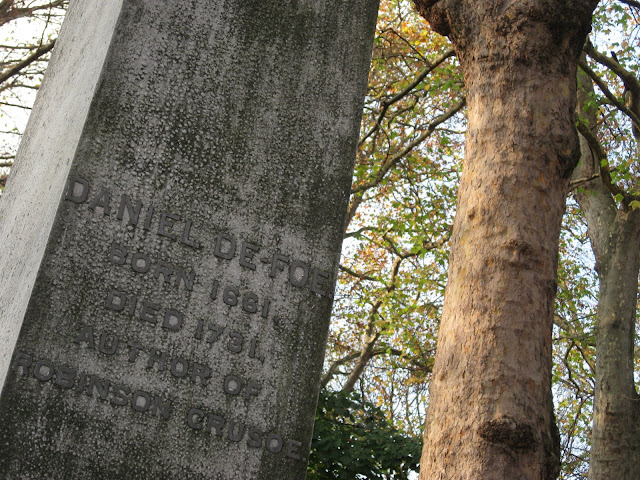 Defoe's stone, meanwhile, was erected with the proceeds from a fundraising effort after his death. It's quite a monument, a big immodest obelisk.

The burial ground was closed in 1854. What's astonishing -- by that time, 120,000 people had been buried there! Those neat rows of headstones don't begin to tell the full story.

-- On Saturday night, Dave and I went to a production of "The Drowsy Chaperone" at the school where he teaches. The kids did a great job, and I was impressed that they produced the show at all, given its fairly adult humor. I remembered attending the Broadway play with my mom back in 2006, when we initially went on the wrong day.

-- Yesterday I was in our apartment when I heard a racket coming from Portobello Road. I went out to the street to find a gang of cross-dressing protesters, both male and female, marching along with signs and chanting, "Do drag, not fur!" I've been finding anti-fur stickers around the neighborhood, specifically targeting Harrod's. I suppose the protesters are part of the same movement. (PETA has a history of drag-related fur protests.)
Posted by Steve Reed at 7:30 AM

If I had wandered in and seen Blake's grave, I might have fallen to my knees and perhaps swooned. That is so cool!

How many cemeteries are there in London?

I can almost feel the vibe in the cemetery - great pics. Fantastic the way you get around. You'll know every corner of London before long. I'm jealous and in awe ... except for having an apartment dog on diuretics. Xx

I would probably be tempted to go back with a book of Blake's poetry and read it sitting next to his grave. He was such a genius of a poet!