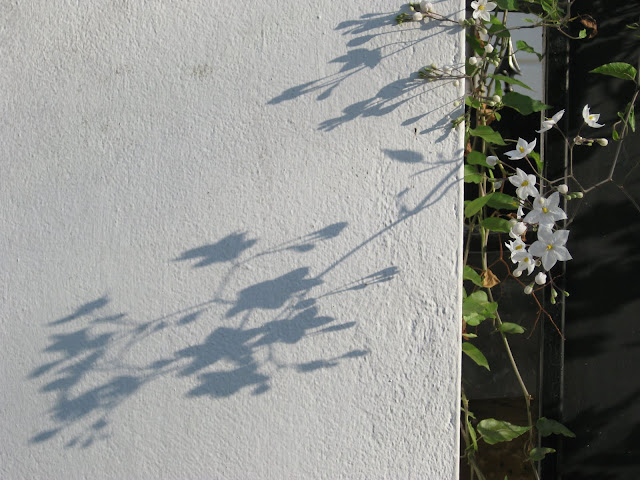 For months now I've been regaling you with woeful news about Ruby's health. She's been the primary focus of most of our vet visits, given her weak heart and her ascites. Put simply, she's the most obviously ill of our two dogs.

(Funny story: Because Ruby is so bulbous, one of the little girls in our apartment complex thought she was a goat! The girl told one of our neighbors, "I've never seen a goat on a leash!" When the neighbor tried to tell her Ruby is in fact a dog, the girl denied it, saying, "She looks just like the goat in my storybook.")

Anyway, you may remember that Ernie's not in great shape either. In June we learned he had a mass in his lung that was probably cancerous and couldn't be treated. We gave him antibiotics on the off-chance that it was some sort of infection, but because this happened right before we left the United States, we didn't have the opportunity to explore the problem further.

Well, yesterday I took Ernie to the vet for his first exam since June. The vet did x-rays that confirmed the continued existence of the mass in his lung, and though it doesn't appear much larger than it did earlier this year, there are some signs that it may have spread to other parts of his body. The vet here agreed there's really nothing to be done, as long as Ernie seems happy. For now, he eats well and enjoys sniffing everything on his walks, so we're just in maintenance mode.

None of this is surprising. We knew they were both old and infirm when we brought them to England. We're watching for any signs that they're uncomfortable or in pain, and so far they seem OK. So as long as their lives are happy and productive I have no regrets, even if we only get to enjoy their company for a few more weeks or months.

Besides, we've learned that predicting pet mortality is tricky business. Our New Jersey vets never expected Ruby to live as long as she has!

(Photo: Surprisingly delicate-looking flowers for November, in Notting Hill on Friday.)
Posted by Steve Reed at 6:17 AM