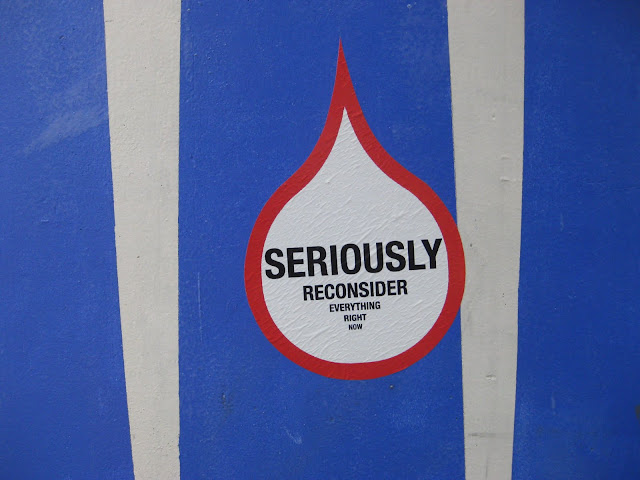 I already inflicted upon you a video of fireworks in our neighborhood leading up to Guy Fawkes Night, so I didn't bother to shoot more video of all the boisterous explosions we heard last night, during the actual event. But let me tell you, things were crazy.

I wasn't sure what to expect. The Evening Standard warned it would be the biggest Bonfire Night in years, falling on a Saturday. Apparently the last time that happened, in 2006, the London Fire Brigade faced 1,545 calls -- about one per minute. Many residents were expected to be lighting their own bonfires and setting off their own backyard fireworks once again this year. (As it turned out, the brigade said there were 570 calls on Friday night and 528 last night, with 173 fires over the two nights, according to the BBC.)

Dave and I went to the movies yesterday afternoon -- we saw "Contagion," which was good -- and as we were walking home just after sundown we were amused by all the bangs and pops. It sounded like London was under artillery fire. In Holland Park we passed a group of adults with small children, all playing with sparklers. Only after we got home did the real fireworks begin -- the sky lit up in all directions with green and red flashes. From our windows I saw fireworks to the northeast, in the direction of Maida Vale, to the west toward Shepherds Bush, and to the southwest toward Holland Park. I didn't see any actual bonfires.

We thought the dogs might sleep through it -- they're fairly deaf these days -- and indeed Ruby was oblivious. But Ernie was terrified. His brain short-circuited and he took a whiz in the hallway, poor guy. (Let's hear it for hardwood floors and prompt cleanup!) Fortunately the bangs and pops didn't go on past the first few hours of darkness, and fireworks were illegal after midnight, so he was able to get some sleep -- as were we all.

(Photo: "Seriously reconsider everything right now" -- street art by Public Spirit in Notting Hill, a few days ago.)
Posted by Steve Reed at 6:49 AM