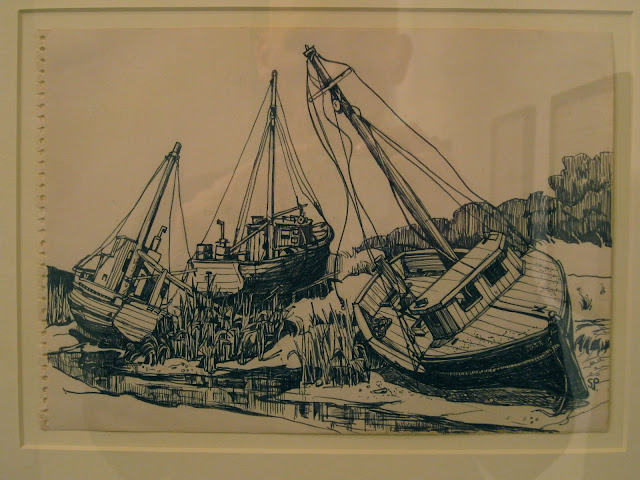 Here's a testimonial to the effectiveness of social networking!

Over the weekend a Facebook friend posted an article about a gallery show of Sylvia Plath's drawings. (Sylvia, you will recall, is one of my favorite poets.) The friend lives in San Francisco, but the exhibit -- shock -- is in London!

So yesterday, wasting no time, I hopped on the tube and went to see it.

It's at the Mayor Gallery in Soho. The drawings are mostly pen-and-ink sketches, though some are only pencil drafts and at least one uses ink wash. What I found exciting is that several of them were published in a biographical appendix to "The Bell Jar," Plath's famous 1963 novel. Having read that book several times, I was familiar with them, so it was cool to have an opportunity to see them in person. 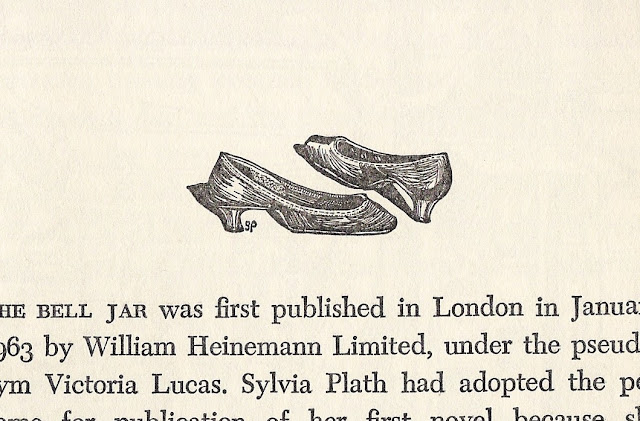 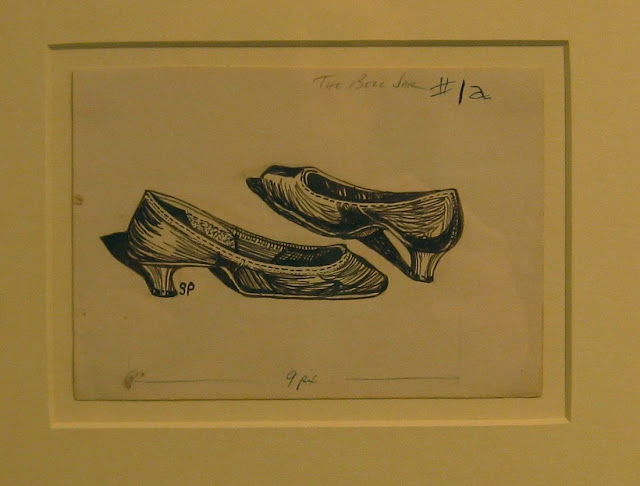 Of course Plath is a skilled writer and poet, but who knew she was such an artist? Her drawings are well proportioned and finely detailed, even those depicting simple items like a chianti bottle or a horse chestnut. Some of them have an almost Japanese sensibility. And her streetscapes from France and Spain capture the mid-century character of those countries in their postwar years. 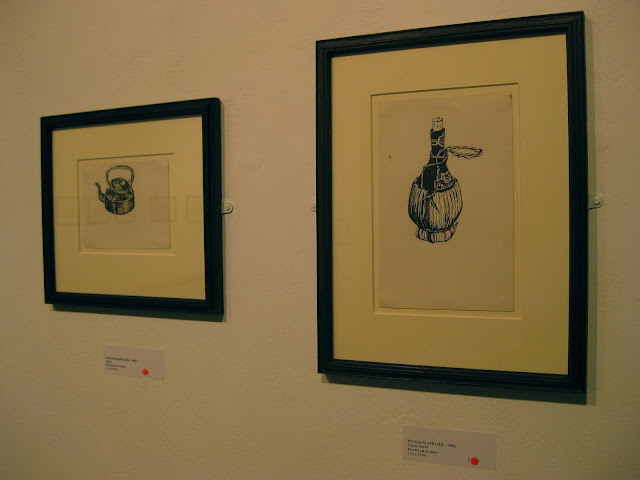 Even more surprising -- the drawings were for sale, and they weren't wildly priced. Nearly all of them were already sold, but I saw two still available. One -- a pen and ink drawing of a manor house -- was priced at £4,000. That may seem like a lot, but I think it's pretty reasonable considering the source! 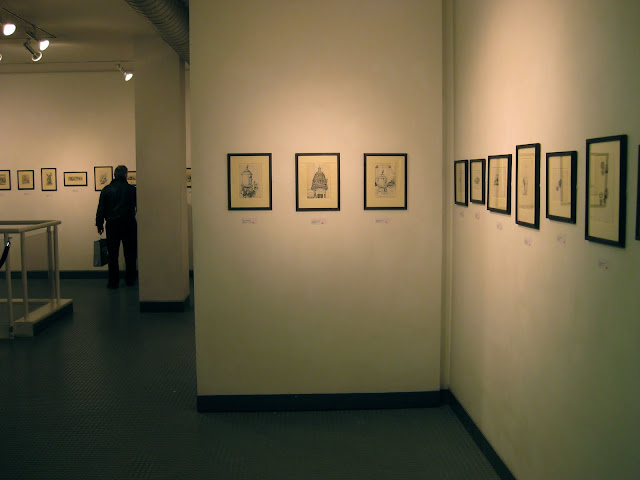 Of course, I don't have that kind of money lying around, so I couldn't indulge my Plathophilia (?). As I said, it was just cool to see them first-hand! 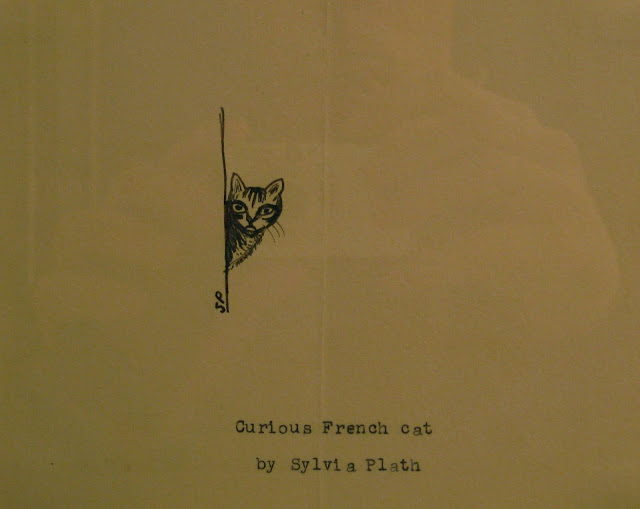 Sylvia Plath was absolutely brilliant. What a shame that she took her life and ended such creativity. Too bad you couldn't afford a more permanent reminded of this author you adore. But how great to see first hand her artwork.

What a wonderful thing! This makes her death an even greater tragedy.

This is very cool -- I, too, didn't realize that she was an artist. Have you seen the biopic about her?

Elizabeth -- I saw the film with Gwyneth Paltrow that came out several years ago. Is that the one you mean? I enjoyed it and thought Paltrow did a great job playing Plath.

wow, what beautiful drawings... so talented and yet so tortured!

Hi Steve,
I adore Sylvia Plath's work; a genius. When I read Bell Jar a few years ago, I was struck by a series of sketches shown at the back of the book... I assumed they were drawn by her, but didn't know for sure. There is one that shows a "junk pile" including an open oven that brings tears to my eyes... I admit I'm jealous you got to see them firsthand! Be assured I would've hopped the tube and joined you if I lived there.
Paula