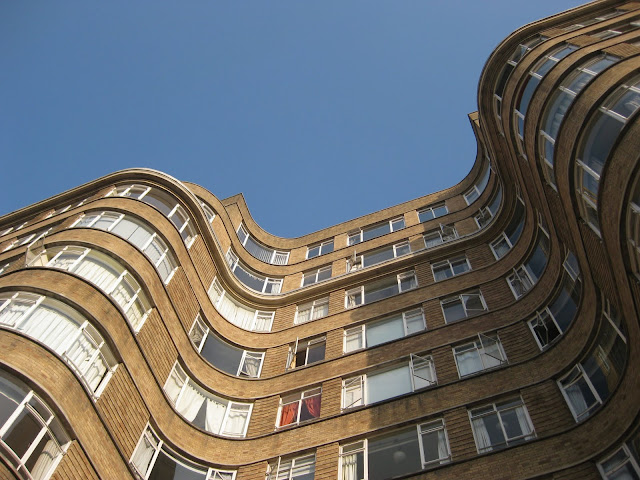 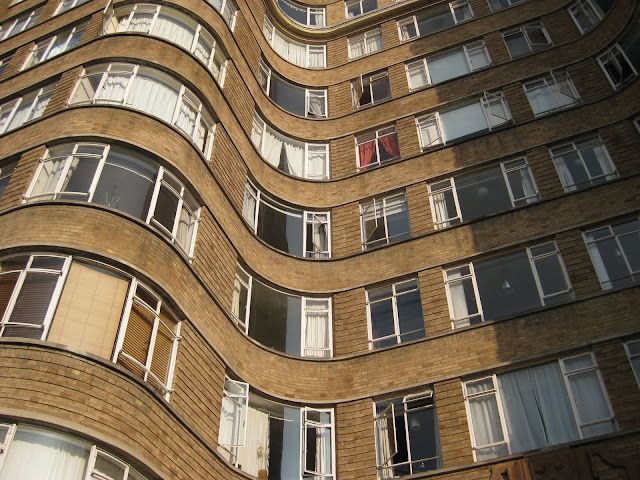 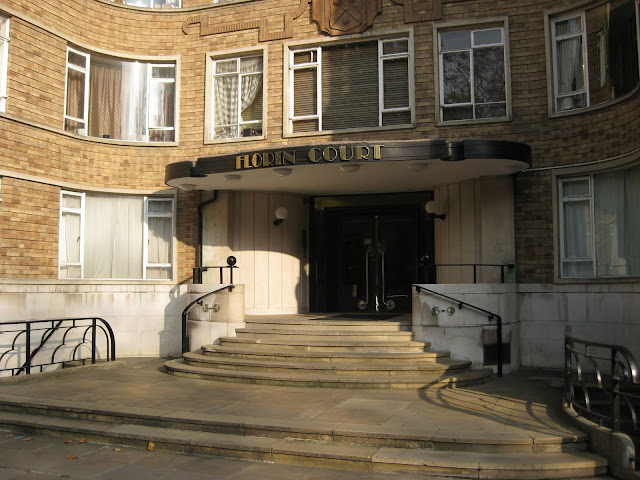 Wow...What a wonderful example of Art Deco! Glad to know it's still as intriguing as it was on film. Thanks!

Funky! I would like one of those corner apartments please. Minus the screaming children :)

You've put a smile on my face today. I have always wanted to locate this building and see what it looks like today! Thanks to you and your friend for seeking it out and sharing it with your readers.

Most timely because I too am watching the Agatha Christie series while I sweat in my basement gym. I'm amazed that they can make everything look so convincingly old. I never dreamed one could still find the real thing in London!