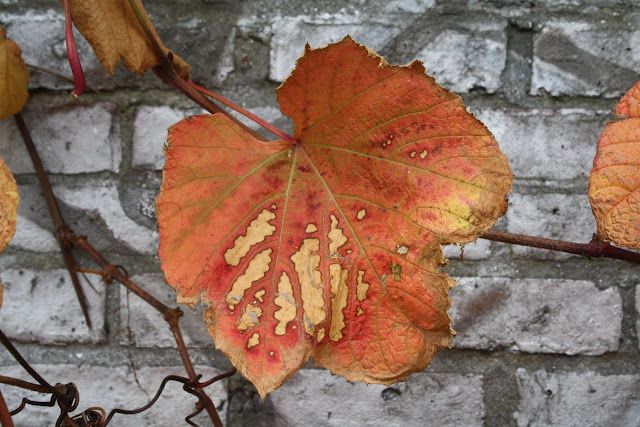 I went walking late yesterday morning in Hackney, a borough of east London, where I found these autumnal grape leaves along the Regent's Canal. Beautiful, aren't they?

I also found lots of street art and interesting buildings, some of which you'll no doubt see in coming weeks. 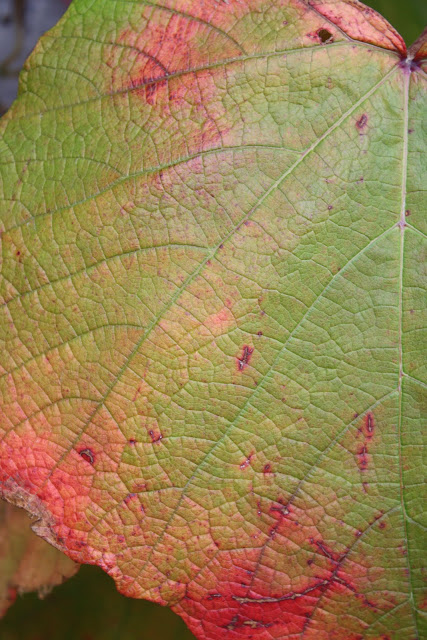 I've been doing a lot of work with my photography lately. I can't reveal everything because some of it is associated with Christmas gifts. But I can say that one of Dave's coworkers is interested in buying some prints to decorate his newly renovated house, so I've been figuring out how to obtain large-format images and where to frame them. I'm not sure there will be much profit associated with that one deal, but perhaps it's a stepping stone toward learning how to make money from my pictures. 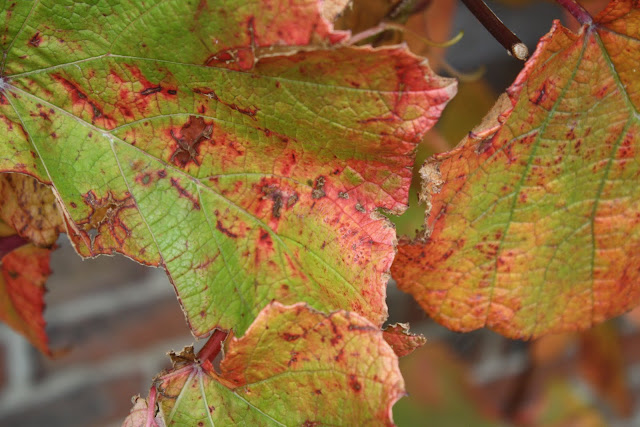 Last night Dave and I were supposed to have seats in the audience at the Graham Norton Show, a talk show on the BBC that we love. So we traipsed down to the BBC studios in the evening, but unfortunately they overbooked the audience, so we didn't get in. They said they'd guarantee us seats at a future show. The scheduled guests last night were Cliff Richard and Lord Alan Sugar, neither of whom I particularly wanted to see, so I'm fine with waiting. Personally, I won't be happy unless the Queen is on his couch.
Posted by Steve Reed at 5:45 AM

I have always loved your photography. I hope your current project works well.

As for seeing the Queen on your future visit to the BBC studio, I am reminded of the Ed Sullivan Show from the 50s and 60s and a parody I once saw.

"Ladies and Gentlemen, in our audience tonight, we have the Queen of England. Stand up and take a bow, your highness!"

I LOVE your photography. I am fairly sure it will provide your ultimate career! It's always nice to make money doing something about which you are passionate, yes?

You can probably count on a queen, maybe not the queen - Love his show- always good no matter what and I hope you get to sit in the "chair" that falls over if your story is not good enough.