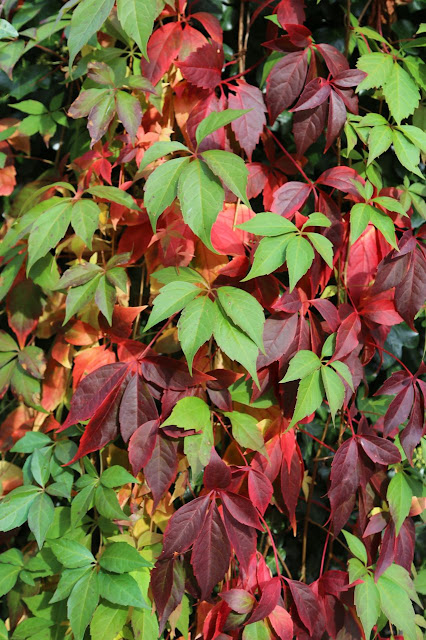 I commented on someone else's blog just a few days ago that we weren't yet seeing much leaf color in London. Then I went outside and BAM! Leaf color!

Either I hadn't noticed it before, or it literally showed up more or less overnight. I don't know. Once the leaves start changing it can be a rapid process.

One of the earliest plants to change is always the Virginia creeper (above). It still seems weird to see creeper in England, since I associate it -- of course -- with Virginia. (And the eastern U.S. as a whole.) We also have sumac, another plant I associate with America. I saw some yesterday, in fact, growing along the tube tracks near Earl's Court. It's beginning to change, too. 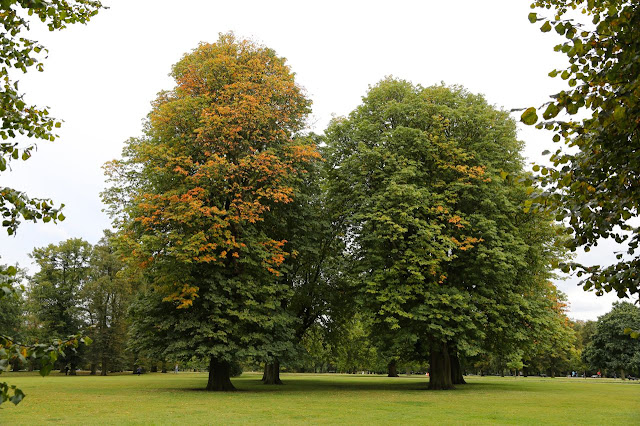 This is the same grove of horse chestnut trees in Kensington Gardens that I photographed at the beginning of May, when they were in bloom. Now they're lightly frosted with orange like a big Halloween cupcake. 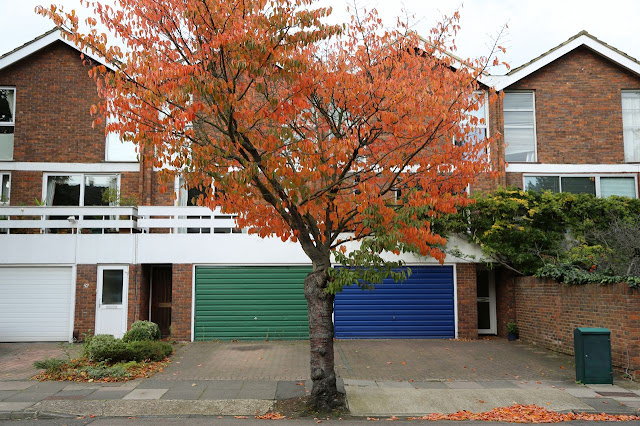 I found this tree in a swanky neighborhood just east of Kew Gardens, where I went walking yesterday afternoon. (I wanted to get a good walk in because it's supposed to rain today, and though I have to go to school for a meeting this morning, I suspect I'll be staying more or less indoors all day.) I walked from Putney, in Southwest London, westward through East Sheen into Richmond, and then north to Kew. Along the way I stopped at a French cafe (run by an actual Frenchman, or at least a guy with a convincing French accent) and had a cafe au lait, and I popped into a charity shop where I got a nearly new Ted Baker shirt for £9 -- a deal I could not pass up! Now I've bought my new clothes for the year.
Posted by Steve Reed at 6:19 AM