Back to the Land of Adults 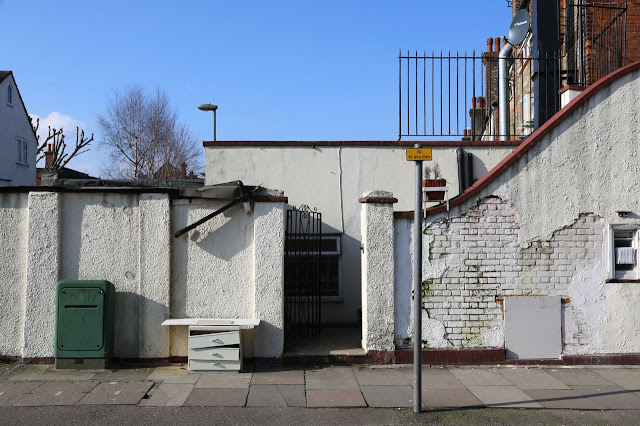 I survived my encounter with the first-graders. Whew! I'm glad that's over.

Of course they were all adorable and they asked surprisingly good questions. As I think I mentioned yesterday, they're doing a project that involves interviewing people from the school community. I was there to give them some tips on how to conduct an interview.

I'm never sure how sophisticated I can get with little kids, but I firmly believe you can't talk down to them. So I covered everything from simple pointers like making eye contact and not interrupting to keeping information in context. (That was a trick to explain.) Then I had them interview me, and I did a role-playing game with their teacher in which I made interviewing mistakes and asked the kids to tell me what I was doing wrong. I'm not sure whether they absorbed it all, but at least they were attentive and they seemed to have fun. There sure was a lot of giggling, which is always a good sign.

It's funny how quickly things can go south, though. While I was telling them about being a journalist, I mentioned how I sometimes had to go to crime scenes. "Was it scary?" one kid wanted to know. It could be, I said, particularly at night. One little girl then volunteered that people get drunk and have fights at night in the street below her window. "What does 'get drunk' mean?" asked another girl.

Oh, yikes. Get me out of here.

One of the teachers asked me to tell the kids about my family. So I mentioned my partner Dave and our dog, as well as my family back in Florida. Only afterwards did I think, "Did I just come out to a classroom full of first-graders?" But fortunately the school is very positive and affirming on that front, and the kids didn't seem to register it. They just wanted to know the dog's name.

I actually spoke to four different classes, and that did get a bit tedious -- giving the same talk four times over. I also had a bunch of other work to do at the school, and yesterday was wildly hectic for other reasons too, so by the end of the day I was exhausted. I came straight home and had a gin & tonic, which I managed to accidentally inhale into my sinuses! Let me tell you, gin burns when it goes up your nose.

Ha ha, now you know why I can only manage a three day week Steve :-)

The word "context" has been popping up for me this week. Seems popular with art critics.

I didn't know you were going to have to do your presentation FOUR TIMES! Oh my. You did deserve that G&T, dear. Sounds like it went great.

Been there, done that...Sounds like you did a great job.

I'm glad you survived & that they seemed to have fun. At that age that's the most important thing (IMHO).

huffing gin has never worked for me...I empathize. I huffed a wasp once by accident and it stung its way out...Quite an unpleasant sensation! You would make such a great teacher for the children's sake, not yours. Awesome , you!

Sounds like everyone had fun. And keeping them on track, at any age, is a tough trick!

I thought I had left my comment but it's not showing up so I'll try again!

So glad it all went well. Little kids and I don't usually mesh. Kudos to you and hey, they didn't make you dress up in Al E. Gator's latest costume! :)