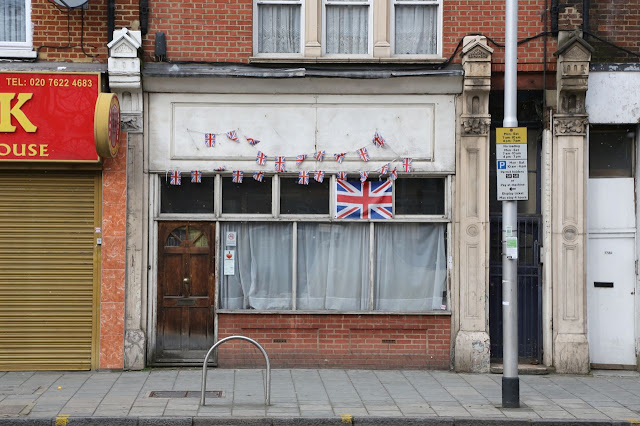 Yesterday I took the tube down to Vauxhall, south of the river, and walked west on Wandsworth Road to Battersea. It was a good day for photography, cloudy with diffused light. It was also freezing cold, which was less ideal, but you can't have everything.

Once again I found myself interested in blank shopfronts. Were they empty? Or was something still going on in there behind those curtains? 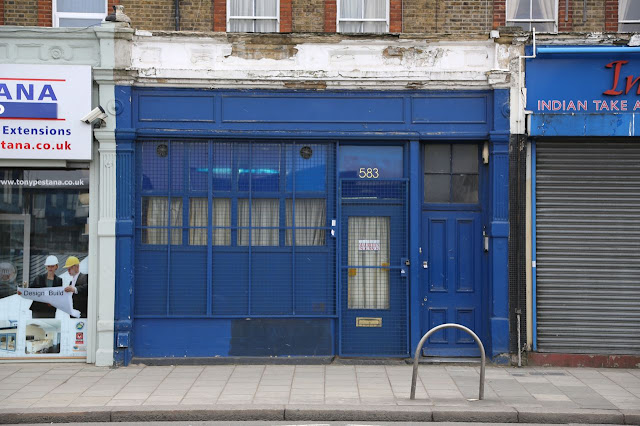 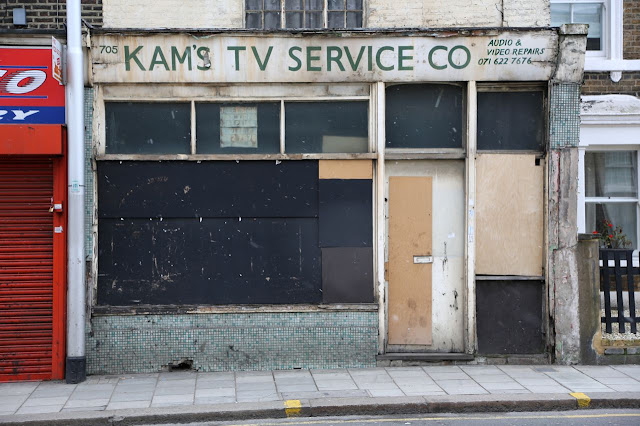 Sometimes there was still a sign indicating the space's former use. Hopefully Kam moved on to greener pastures. (Those little white flecks are snow flurries, by the way!) 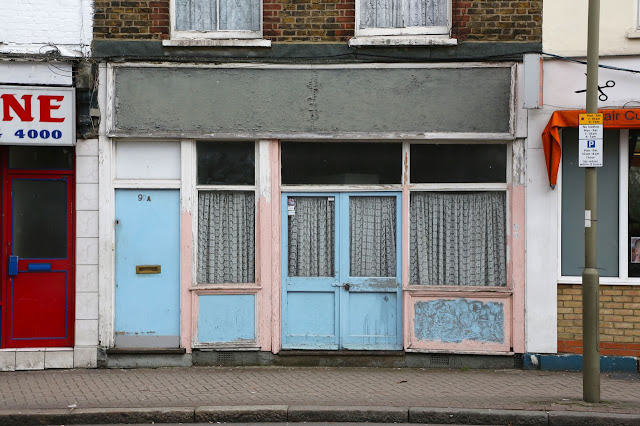 I made my walk even more complicated by popping in to a charity shop early on and finding a nicely framed, signed art print for £5, which I could not pass up. I wound up carrying this framed piece of art, about two feet square, for the next three hours! It's called "Adam and Eve," by an artist named Christina Cordero. (Perhaps this and this Christina Cordero? My print is from 1988, which would have been the start of her career. Unfortunately I don't have a photo to post.)

Anyway, I had a good long walk, and then I caught a bus from Battersea Park over the Chelsea Bridge, thinking I would change to the tube at Sloane Square for the journey home. Of course, the tube wasn't running, so I wound up taking the bus all the way -- ultimately far more convenient because it dropped me about two blocks from our flat!

Last night's two movies: "St. Elmo's Fire," which I find a pure blast of nostalgia, having seen it in the theater while a freshman in college; and "Arbitrage," with Richard Gere and Susan Sarandon. "Elmo's" is not the best, most convincing film, but it reminds me of a time when I was still looking forward to graduating myself, and having my own apartment and my own life. Seems so long ago!
Posted by Steve Reed at 7:13 AM