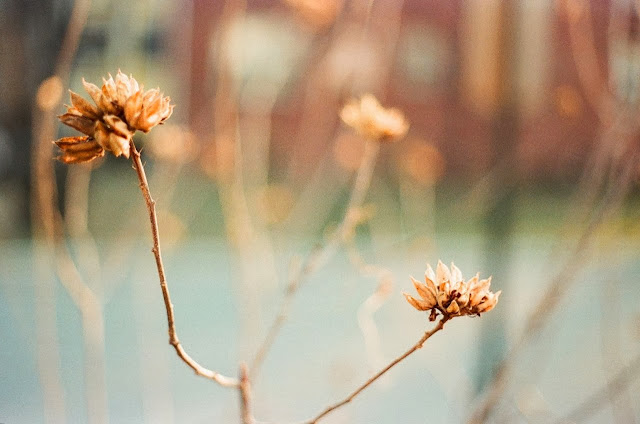 I've had some more old negatives scanned. What you're looking at here are three frames taken when I got my first "real" camera, a Canon AE-1. This was Christmas, 1983, and I took the photos at my grandmother's house outside Washington, D.C.

I'd already had a camera for years -- the dreaded Magimatic, which took square, invariably fuzzy, terrible pictures. But I'd also used my dad's (a Minolta, I think?), and I'd taken photography classes both at summer camp and in youth programs at the University of South Florida. So I knew what a real camera could do, and I'd longed for one.

The Canon was a present from my mom -- my dad may have chipped in for it too, though I honestly can't remember. 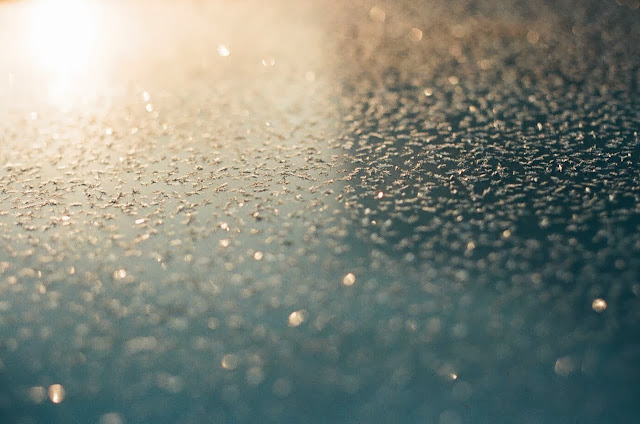 After unwrapping it (and the camera bag and film and other stuff that I got with it), I went out into my grandmother's yard and took photos of the dry, brown pods on her rose-of-sharon (top) and the ice crystals on the roof of her Oldsmobile (middle). 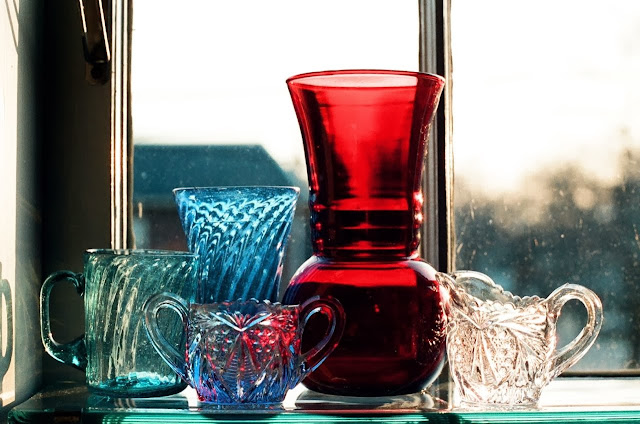 Then I came inside and photographed the glassware in her living room windows. (I always loved that red vase, and I had it for years after she died in 1989. After I moved to New York in 2000, I gave it to my brother, who still displays it -- as well as the blue glass in the photo above -- on a windowsill in his house.)

Anyway, aside from these three shots, I was always disappointed with this first roll of film. The rest of it, quite frankly, is crap -- underexposed pictures of dewdrops and blurry pictures of dead leaves. But I guess that's to be expected when you're learning a new camera, right?
Posted by Steve Reed at 6:39 AM