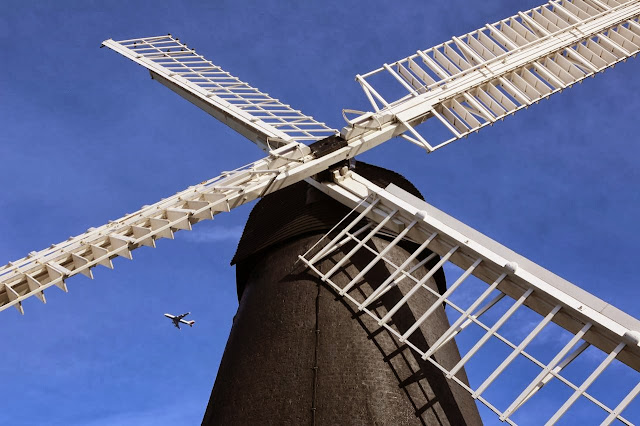 I did get to take my photo walk yesterday after all. Almost immediately after I posted yesterday morning, the rain stopped and the sky cleared. I hopped on the tube and went down to Brixton, in south London, intending to walk to Streatham and possibly all the way to Croydon.

Soon after I left the Brixton tube station, walking south, I passed a sign with an arrow pointing the way to the historic Brixton Windmill. What?! Brixton has a windmill? 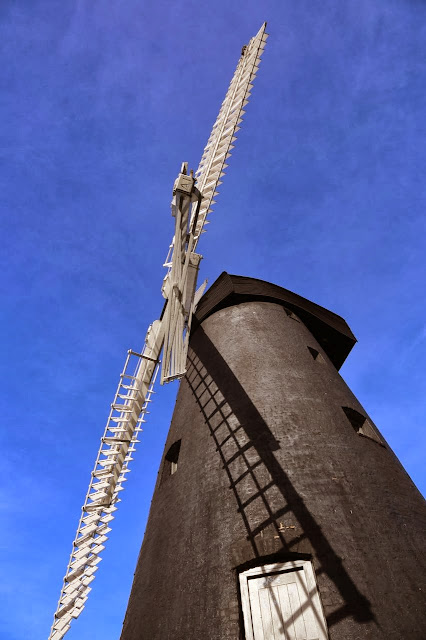 Well, yes, as it turns out. The Brixton Windmill was built in 1816, when the area -- now a bustling part of urban London -- was just open fields. The miller, John Ashby, dried and ground grain and had a bakery on the site. The windmill operated by wind power until the 1860s, when the surrounding urban development began to block the wind and Ashby moved his milling enterprise elsewhere.

In 1904, the Ashbys installed steam or gas power in the windmill and used it for another 30 years. Now it's a protected historic site, the last windmill in London, located in a tiny park with a playground nearby. I didn't go inside -- it's now closed for the winter -- but apparently it is sometimes possible to see the restored interior complete with millstone. 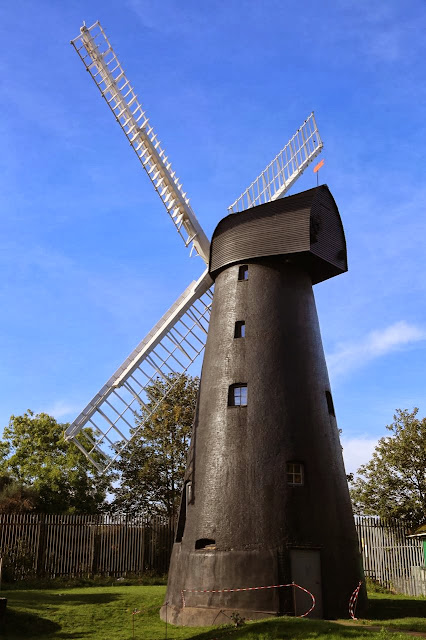 When I left the windmill I kept walking south along the Streatham High Road, and I got lots of photos which made me happy and which will undoubtedly appear on the blog soon. Instead of walking to Croydon I turned and walked through Norwood and back north again to Tulse Hill -- a total of 5.22 miles. 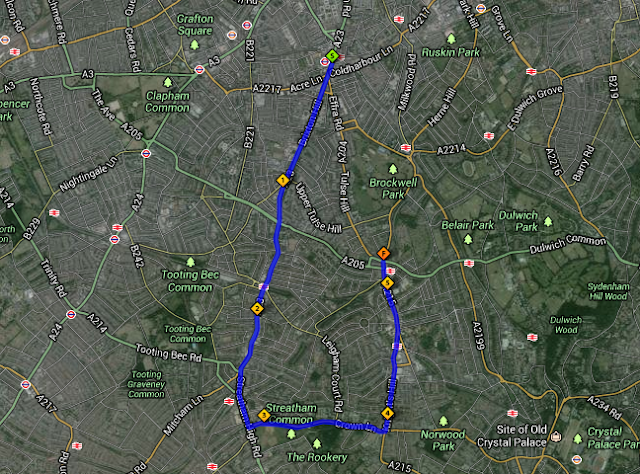 Then I took a bus and the tube back to Notting Hill, and no sooner was I walking up to the door of our apartment building than it started to rain again. The weather gods have certainly been on my side this weekend, suspending the rain just long enough for me to get outside for a few hours each day!

Dave and I spent the weekend catching up on some movies that I wanted to see because the stories are popular with many of our students -- "The Hunger Games," which was really good, and "I Am Number Four," which was OK. The middle-schoolers especially love checking out those books.
Posted by Steve Reed at 6:25 AM