Dad From Mars, Mom From Venus 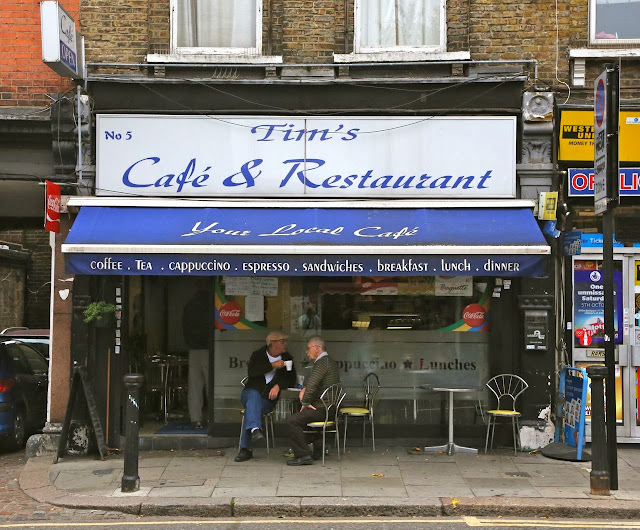 When I was a kid, the church I attended with my family was called Tims. Not quite the same thing, but still.

I spent part of yesterday determining how to promote some of the sad, forgotten books in our library collection. I ran a report showing which ones had never been checked out (and there are many!) and put a few that didn't look downright embarrassing in prominent places atop shelves in the fiction section. We'll see whether it helps!

(Some of them, incidentally, did look downright embarrassing. I thought about trying to draw attention to a Robert Heinlein novel called "Between the Planets," which when it was published in 1951 probably seemed very cutting-edge. It had something to do with a guy whose father lives on Mars and whose mother is from Venus. Or something like that. Anyway, I just couldn't do it -- I put it back on the shelf.)

Today there are no classes, and I'll be at a special training session away from school about a service that provides online e-books. I'm sure that sounds deadly boring but actually I'm kind of intrigued.

So remember when I launched a Tumblr blog? I've been doggedly updating it, and a few of my photos have taken off and been reblogged dozens of times, which is kind of cool. But I must admit Tumblr is kind of strange to me. Lots of folks seem to be running "blogs" that consist only of methodically recycled content from other people. I remember reading years ago that only a minority of Internet users are content creators, compared to the many who are content consumers -- I guess Tumblr illustrates that. But a blog full of other people's stuff doesn't seem much like a blog to me. It's more like a Pinterest page.
Posted by Steve Reed at 6:54 AM