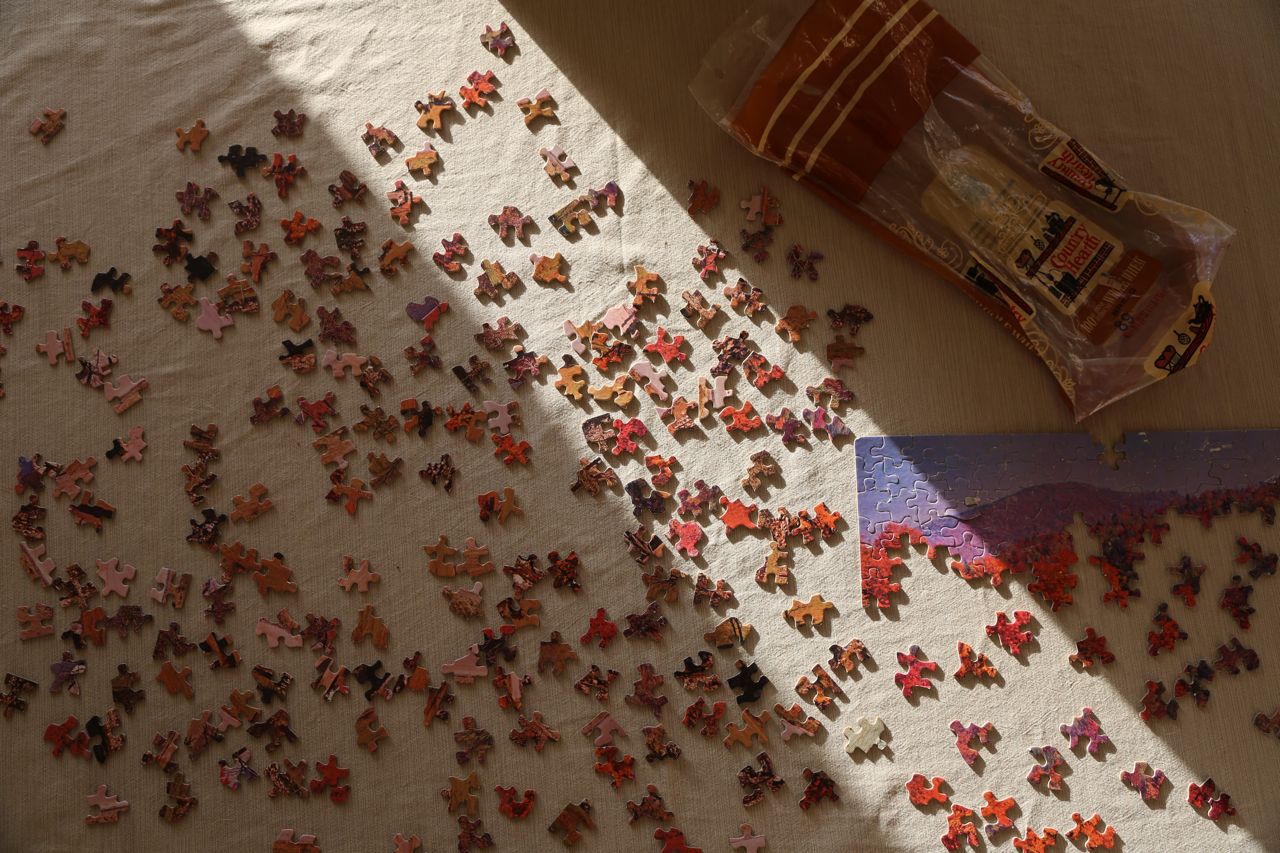 I could subtitle this post "Now I Am Officially an Old Man."

When I was home in Florida, I retrieved this jigsaw puzzle from the bottom of one of our hall closets. It was a puzzle I had as a child, and one I remember putting together several times. The box is long gone. It now lives in an ancient, vaguely sticky Country Hearth bread bag (price 84 cents, if that gives any indication of its age). More than 30 years have passed since I last put it together. 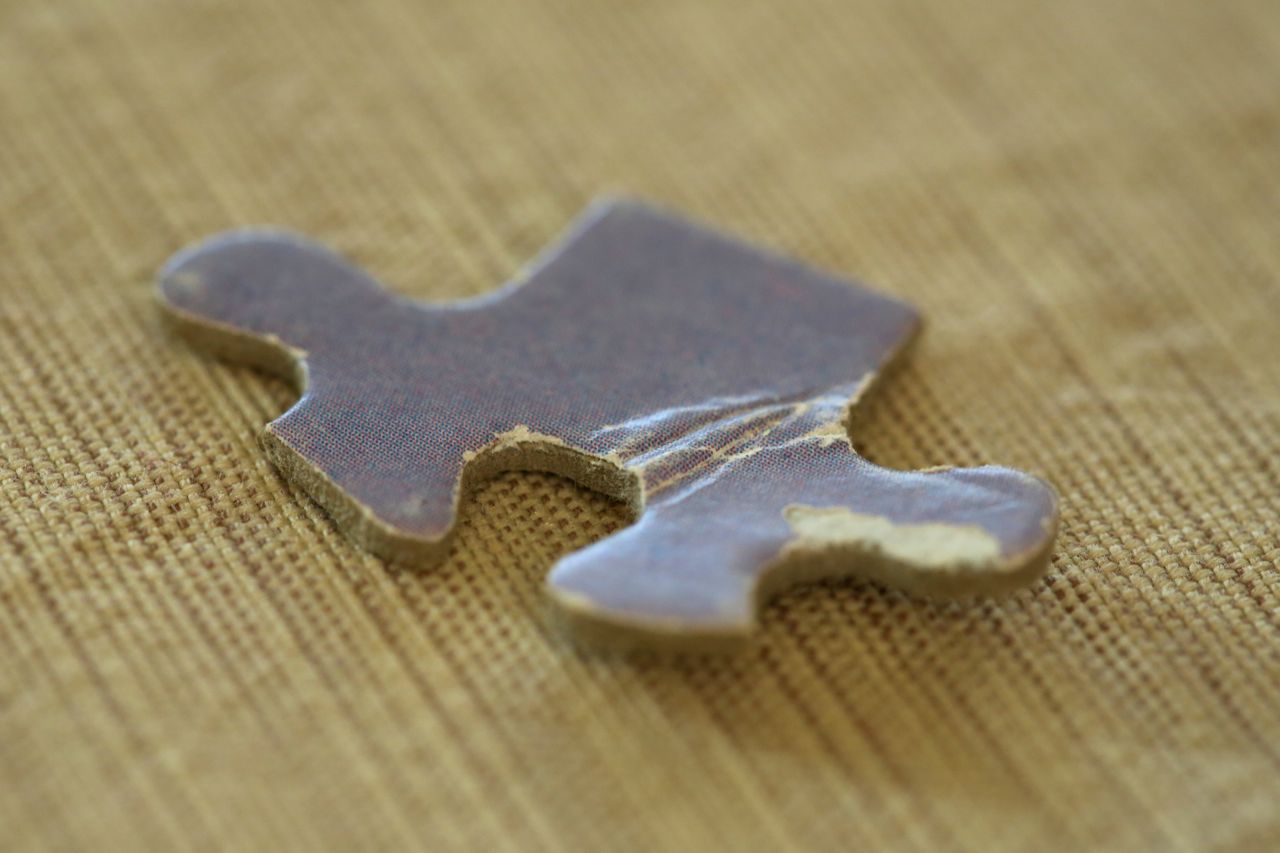 Some of the pieces are badly battered, having languished on a bedroom floor or been sucked up in a vacuum cleaner. (On second thought, if they'd been sucked up, it's doubtful they would have been retrieved.) Weirdly, some of them I remember, their odd patterns of shadows and colors, their amoebic shapes.

I decided to put the puzzle together again, for old times' sake. So I brought it back to London and this week I laid it out on the dining room table. For a couple of evenings, when Dave went to bed, I sat down and spent a little time with it.

Doing a puzzle is an interesting process. When I first laid out the pieces, all 300 of them, it took me a while to find even two that would fit together. But as the pieces coalesced, the process gained speed because the spectrum of choices was reduced -- process of elimination. I'd never considered the mathematics of puzzles! 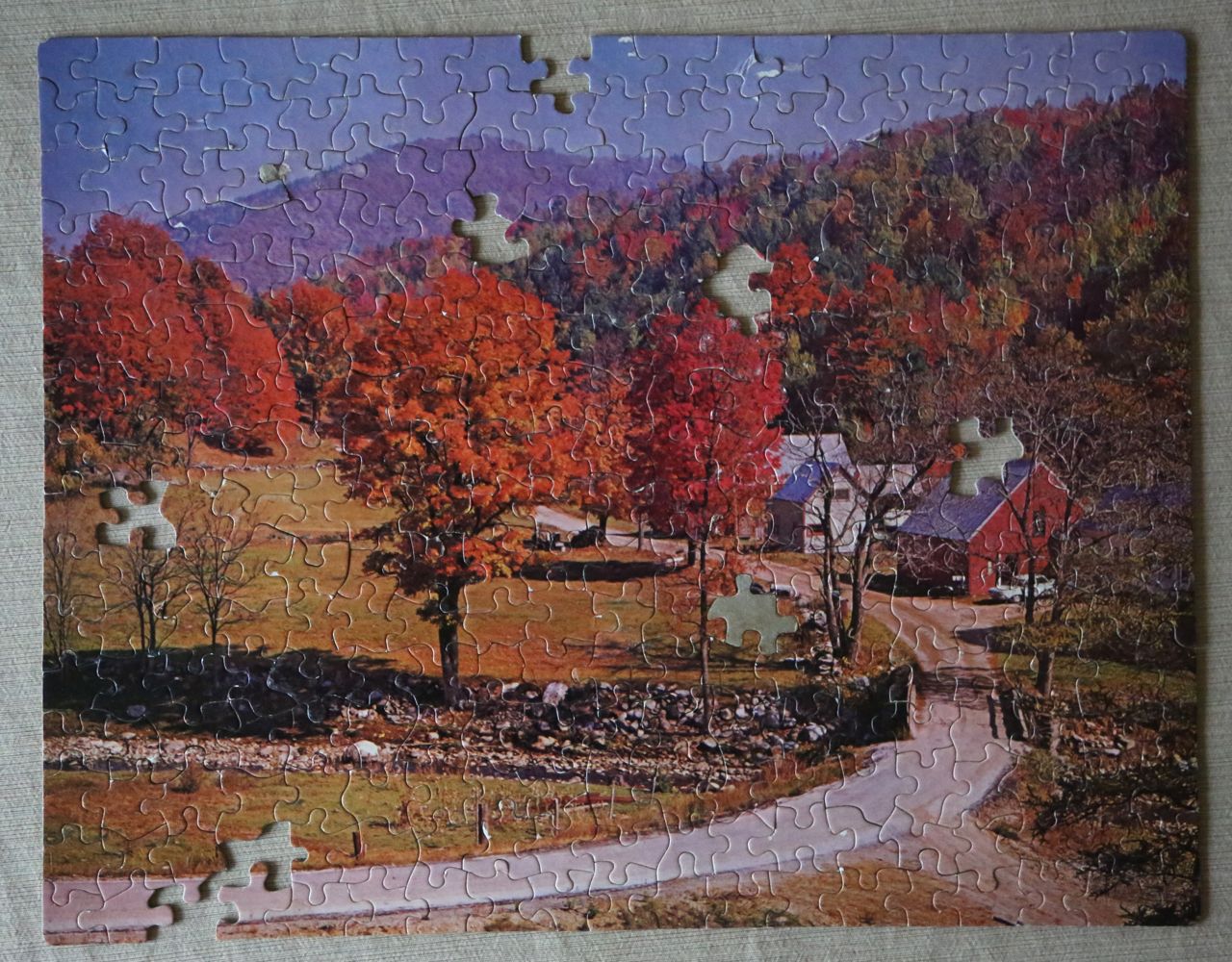 This is what I was left with: seven missing pieces, and one that's just a hunk of cardboard, the image layer having fallen off long ago.

The picture was taken in Vermont, if I remember the long-lost box correctly. That farm is probably a Wal-Mart now!*

Anyway, I had fun with this little walk down an autumnal memory lane, and I must say I kind of get the attraction of puzzles. They are absorbing. I hope I don't start doing them with any regularity, though. I'll save that for retirement.

*Well, maybe not -- apparently there are only four Wal-Marts in Vermont.
Posted by Steve Reed at 6:45 AM