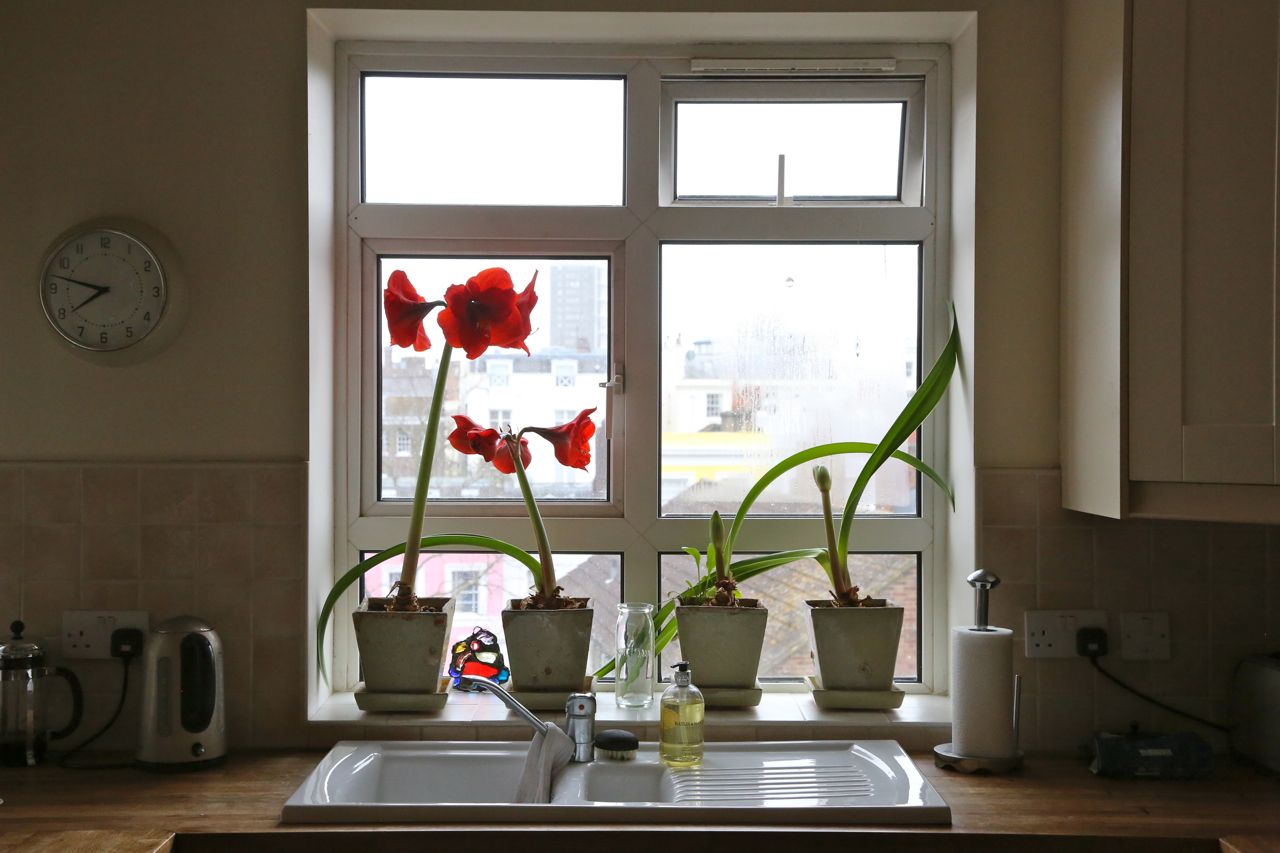 This is a sequel, of sorts, to my last portrait of our kitchen window -- from just about this time last year. Something about the amaryllis just makes me want to show them in context. As you can see, two are blooming and two more are on the way. A home run!

While walking home on Monday, I came across a section of street that was blocked off with police tape. I figured there had been some sort of accident, but there was no obvious wreckage or investigation. I didn't have time to give it much thought because I spotted one of my American coworkers playing catch with his son -- baseball gloves and all -- in the middle of the roadway. "Hey, you guys are taking up the whole street!" I yelled, playfully. They smiled and my coworker yelled, "Yeah, they close it for us every Monday!" I smiled back and continued on my way.

And then yesterday morning I read a woman had been run over by a truck. Yikes. Perhaps we should not have been so publicly light-hearted.

Following your comments yesterday and closer examination of the balcony shrubbery, I am sure a squirrel is responsible for our damaged plants. I have taken to closing the balcony curtain during the day so whatever goes on out there is not immediately visible to Olga inside. Hopefully that will prevent her from being driven squirrel-mad while we're at work.
Posted by Steve Reed at 6:26 AM