Buttercups, and Down Under 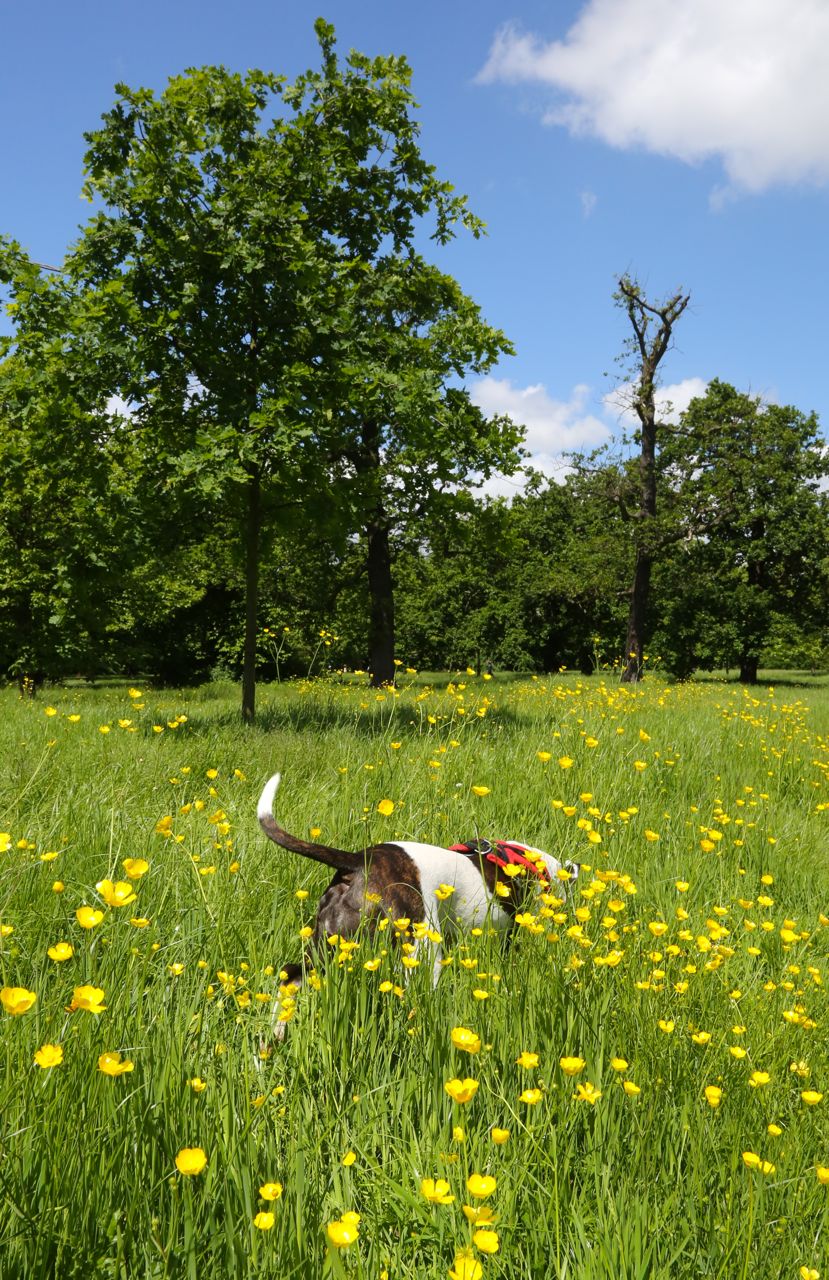 Olga was waist-high in luxuriant grass and buttercups in the park yesterday. She was so happy she promptly flattened many of the buttercups with vigorous grass-rolling. Ah, summer!

I just finished Germaine Greer's book "White Beech: The Rainforest Years," about her purchase of a piece of forest in Queensland, Australia, and her attempts to restore its disrupted ecosystem. At first, I found it difficult -- it's very detailed, and my background knowledge of Australian geography is fuzzy at best. There are long sections of unlikely-seeming dialogue between her and her botanist sister Jane about the taxonomy of plants, and with others about the tribal structure of regional aborigines.

I never heard so much about "eucalypts" in my life.

"Have you got Heritiera here?" Jane was changing the subject.
"I don't think so. Why?"
"I was reading this article about complex notophyll vine forest and it talked about Heritiera trifoliata as a key species."
The species name gave the game away. "Argyrodendron must've had a name change. Damn."

It's hard for me to imagine being so invested in Argyrodendron that I would curse upon learning it had received a new scientific name.

Nonetheless, as I read, the book got more interesting -- perhaps I settled into its rhythms. I definitely gained a greater understanding of the terrain and ecology in Greer's corner of Queensland, and the horrors inflicted by humanity on the Australian wilderness.

By the end I found myself inwardly questioning the inexact science of naming and identifying plants and animals. You'd think when something gets a scientific name, that's that -- it's been named, and shall remain named henceforth. But no! Turns out these names change all the time, as organisms are collected, described, classified and reclassified by successive generations of scientists. It all begins to seem very arbitrary, and almost pointless. Just as Greer questions her ability to really own the forest community on the land she has purchased, I question humanity's ability to name and classify the subtle abundance of nature. The lines blur and overlap. When is something a species versus a simple variant? When some "macadamia nuts" are in the genus macadamia, and some not, is that nomenclature really correct -- or just the current thinking? Is anything in science really correct, or just the current thinking?

Nature, like most things, is full of gray areas, and yet humans have a bizarre and futile desire for precision.
Posted by Steve Reed at 6:21 AM