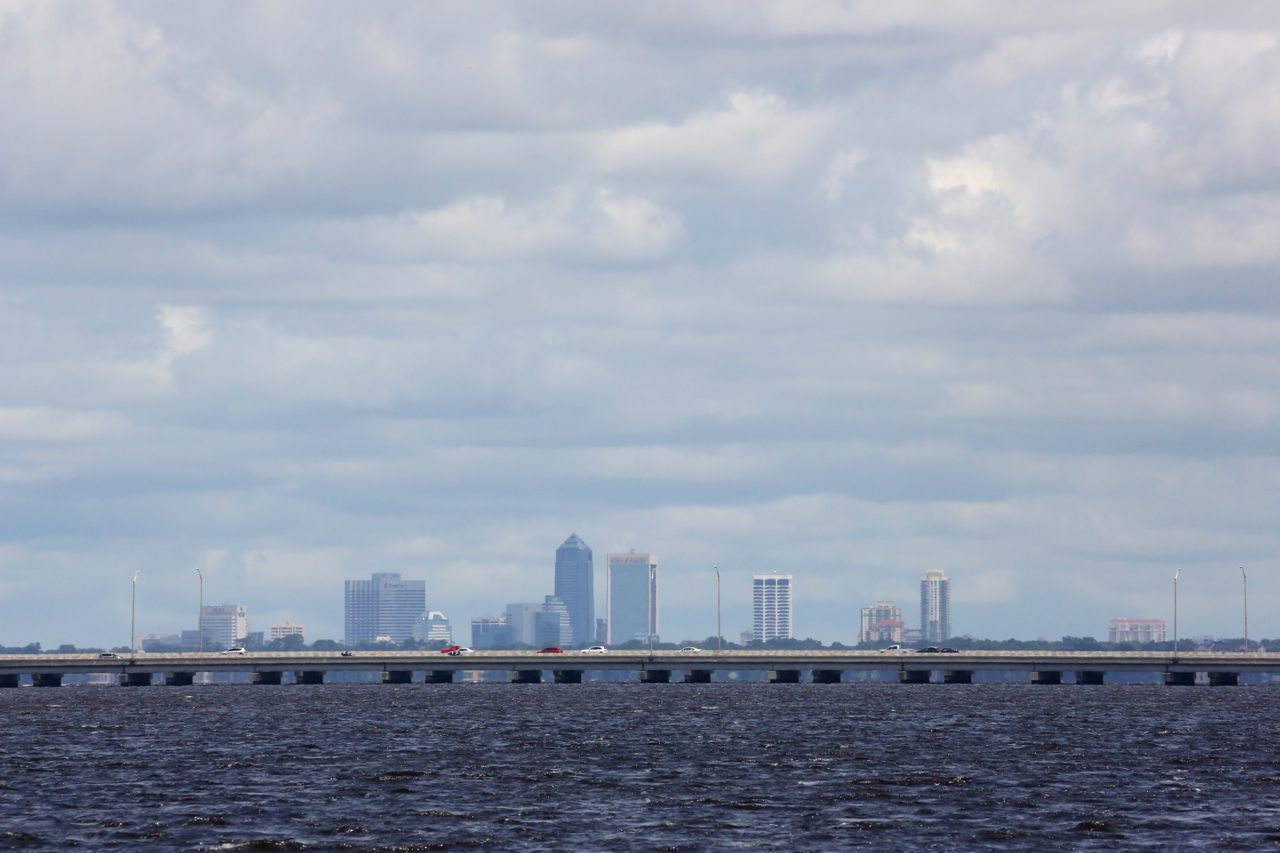 On Sunday, to give my brother and his family a little quiet time at home, Mom and I made a quick trip to the Walter Jones Historical Park on the St. John's River south of Jacksonville. The park includes an old farmhouse, which unfortunately isn't open to the public without a reservation (but you can peer in the windows), as well as some outbuildings. Next door there's a public boat ramp and a long fishing dock.

We wandered the boardwalk along the river, photographing butterflies, and then went out on the dock. We heard a weird sound, like a snort. "What was that?" we said. I figured it was a nearby person blowing their nose or clearing their throat.

Then, as I was taking the photo above of the Jacksonville skyline and the Buckman Bridge, Mom grabbed my arm and said, "Look!" She pointed down into the water. 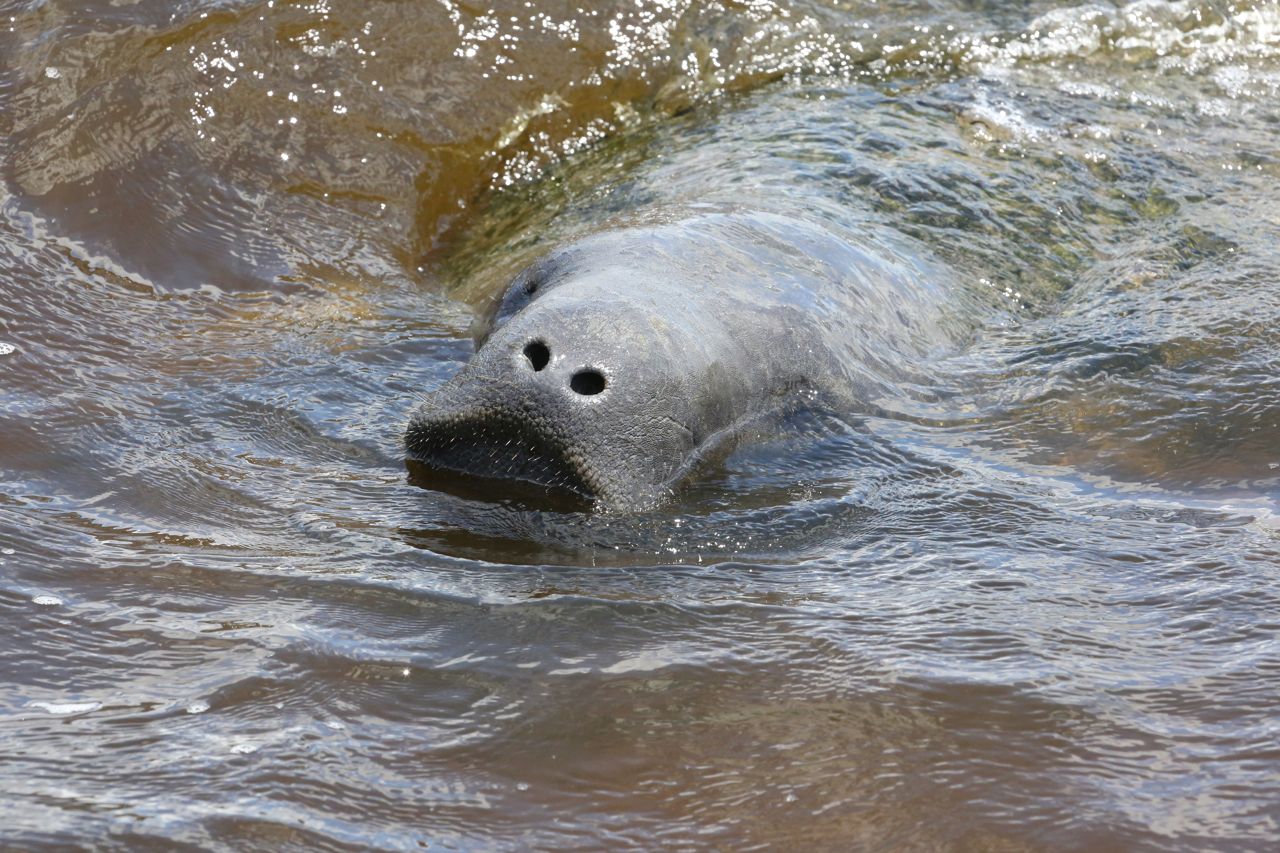 Manatees! At least three of them, rolling around in the water and swimming in and out of the shadow of the dock. 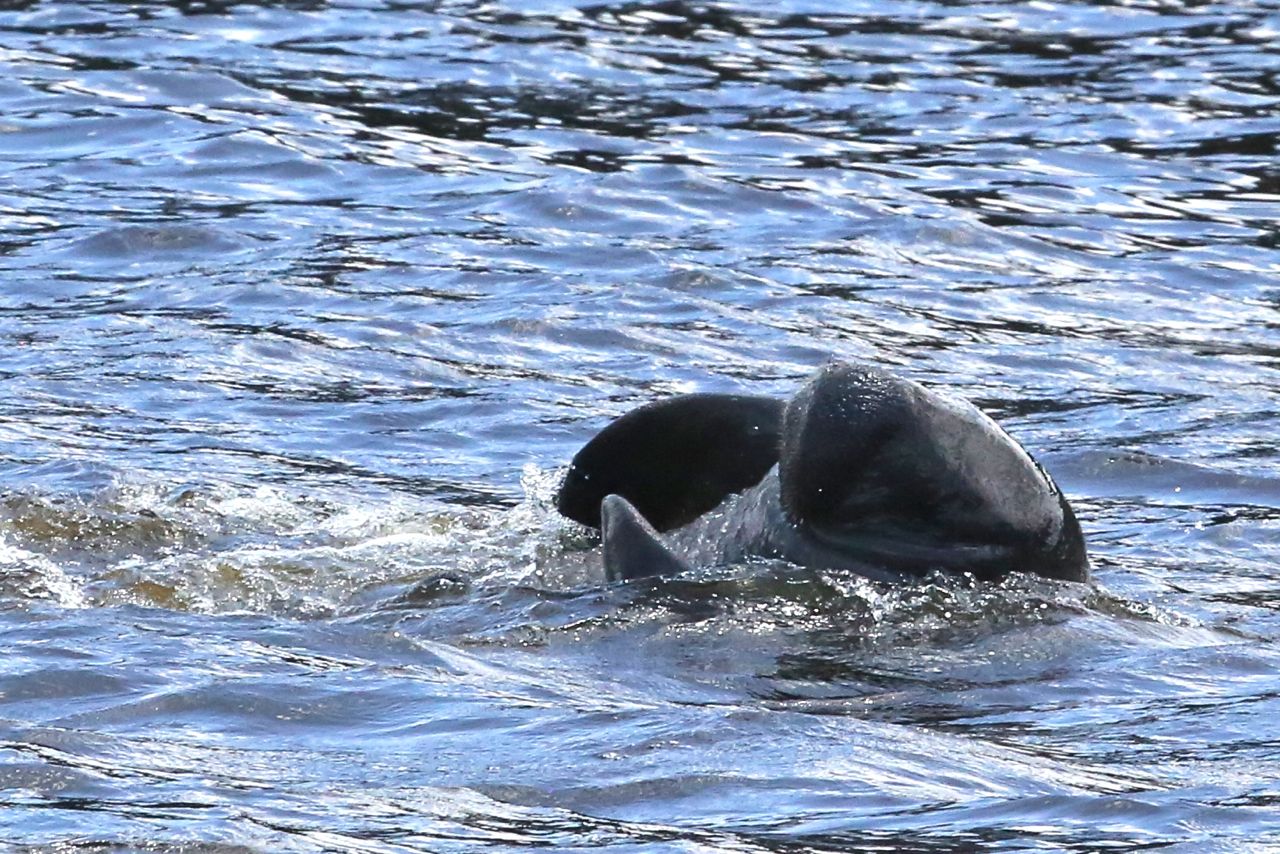 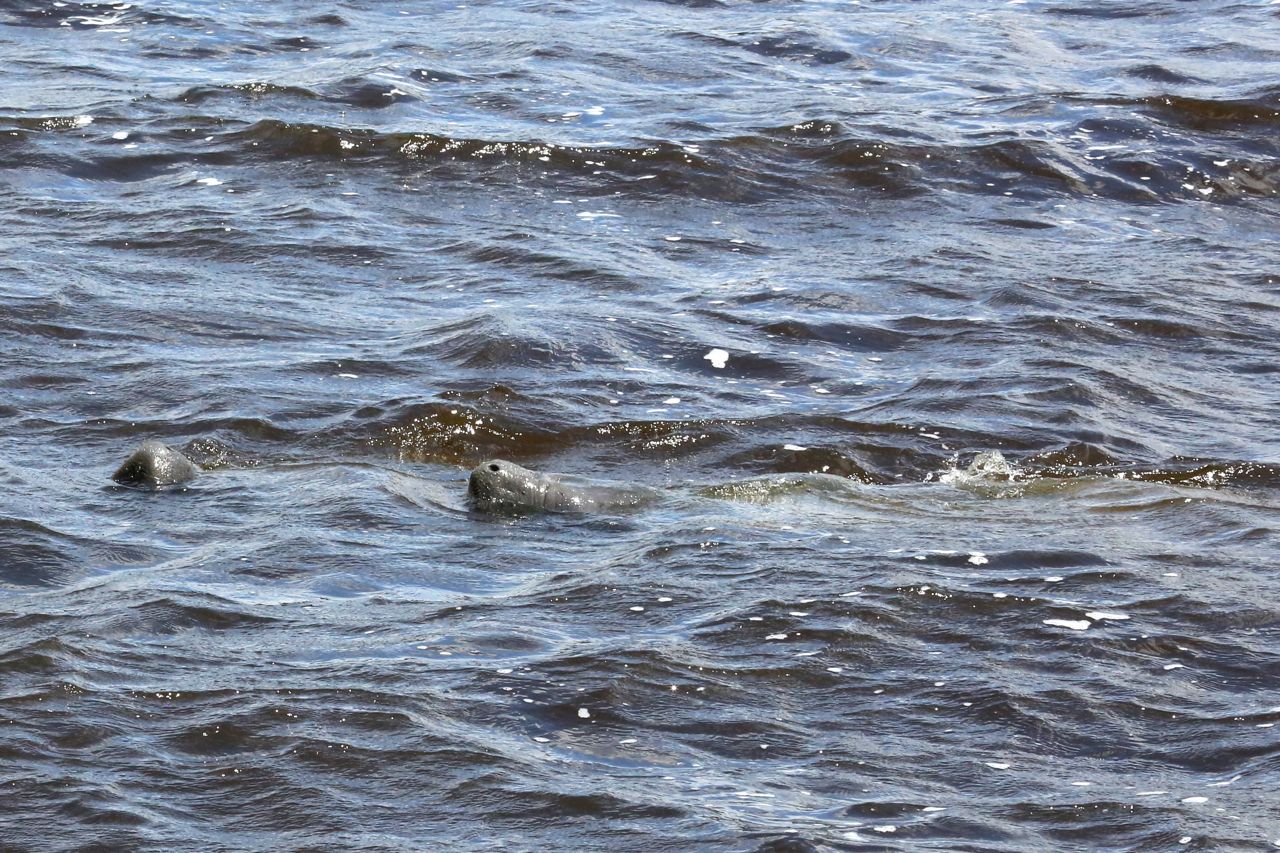 Here's what I learned about manatees: They're hard to photograph. All you ever see are their backs -- when they look like floating bars of soap, as my brother later said -- and occasionally their noses. They only surface for a second and breathe with that snorting sound before they dive back beneath the water.

These manatees seemed to be keeping very close company with each other. Maybe they were mating, which surely must be an awkward process.

We got a good view of their bulky bodies and at one point, as one swam beneath us, we clearly saw its huge, round horizontal tail fin. Like most manatees, they all had scars on their mottled gray/green backs. It's really amazing to see such creatures in the wild, to think they're just out there, swimming around, living their lives.
Posted by Steve Reed at 12:14 PM