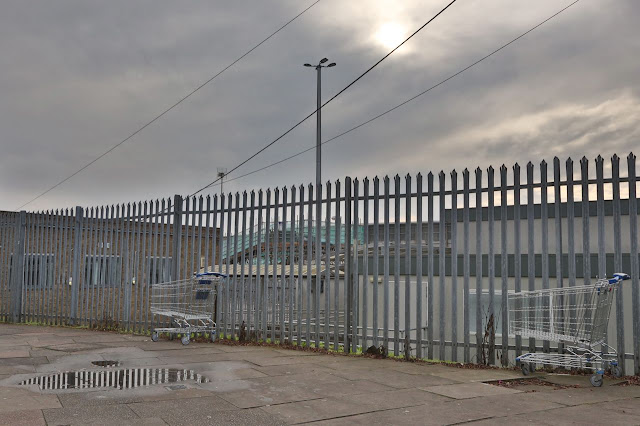 We heard back from the management company for our landlord about the mold. I thought they would react with urgency, given all the horror stories I've heard about black mold and its ill effects on human health. But apparently lawyers have rallied landlords against black mold only in the United States, because here our mold revelation was met with a stifled yawn.

We got an e-mail back saying that mold growth is "a common but relatively easy problem to overcome." It then gave us step-by-step instructions for improving ventilation, keeping the flat warmer and reducing condensation. I was also advised to "clean the affected area" and let them know if it reoccurs.

This wasn't hugely helpful, but I admit a few of their tips -- such as opening the bathroom window and closing the door after showers -- may come in handy. (They also advised us to use the bathroom extractor fan, which is interesting, since we don't have one.) So I'll clean the wall and we'll try to reduce moisture and see what happens. I'd really rather not invest in a dehumidifier unless absolutely required.

Meanwhile, we were visited by a contractor yesterday, supposedly to do some other minor repairs we requested after moving in four months ago. Strangely, though, nothing appears to have been done. The guy was definitely in our house -- some things were moved around -- but we see no evidence of repair work. God knows what's happening. Probably yet another estimate. (The management company is obsessed with getting estimates. We've had at least three contractors visit already.) I've requested an update.

Dave has about had it with the management company -- he called them a few days ago, got very forceful and threatened to withhold our rent. I understand the frustration, but I'm operating on the basis that honey catches flies better than vinegar (or whatever that old saying is). I'm being ultra-polite, but maybe I'll try to nag them a little more.

(Photo: Shopping carts in Neasden, on Sunday.)
Posted by Steve Reed at 5:58 AM