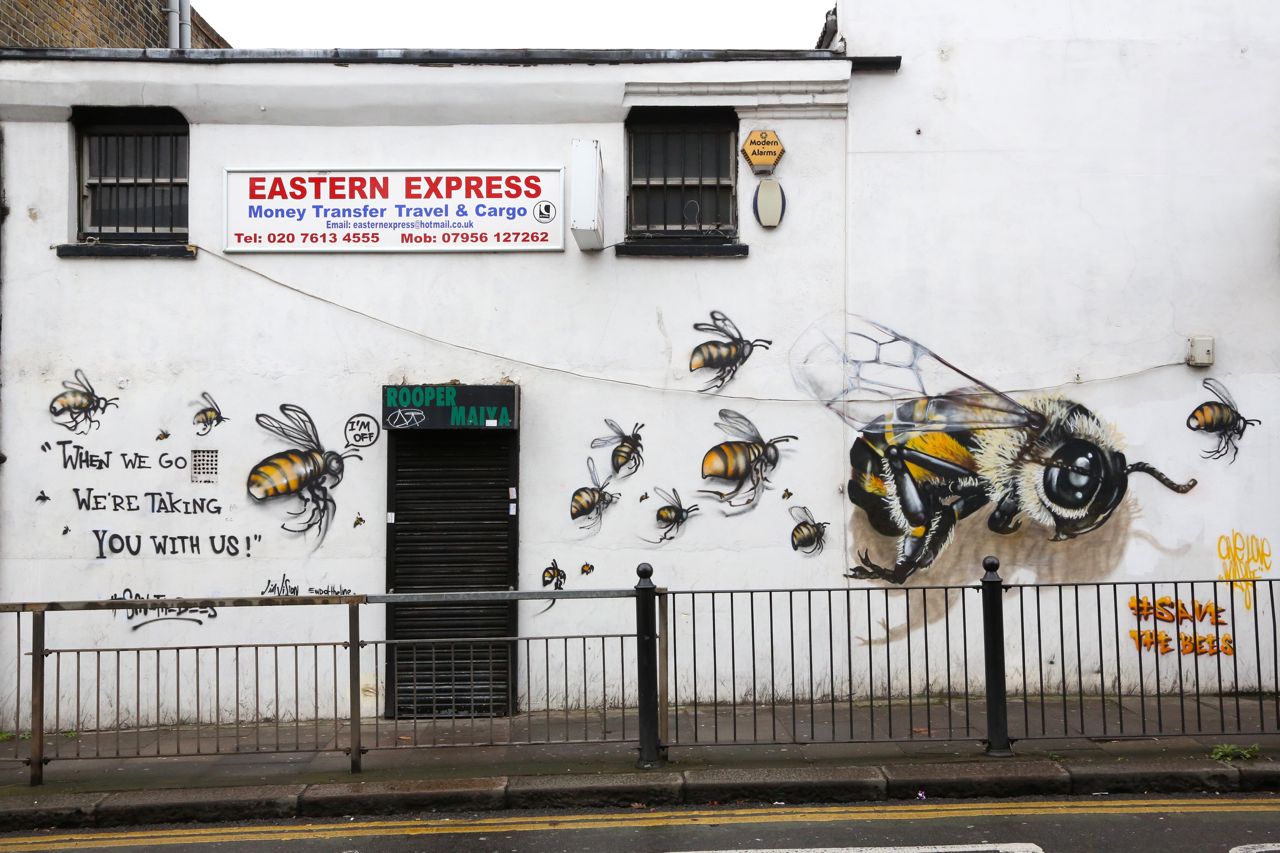 Last spring, street artists Louis Masai and Jim Vision launched a campaign to raise awareness about the dangers faced by Britain's bee population -- such as dwindling habitat. They painted several murals in East London pointing out that bees are essential to our own food chain.

I only recently became aware of these murals through Sarah's blog, so I traveled out to Bethnal Green on Sunday morning to check two of them out myself. They're still going strong, more than six months later. 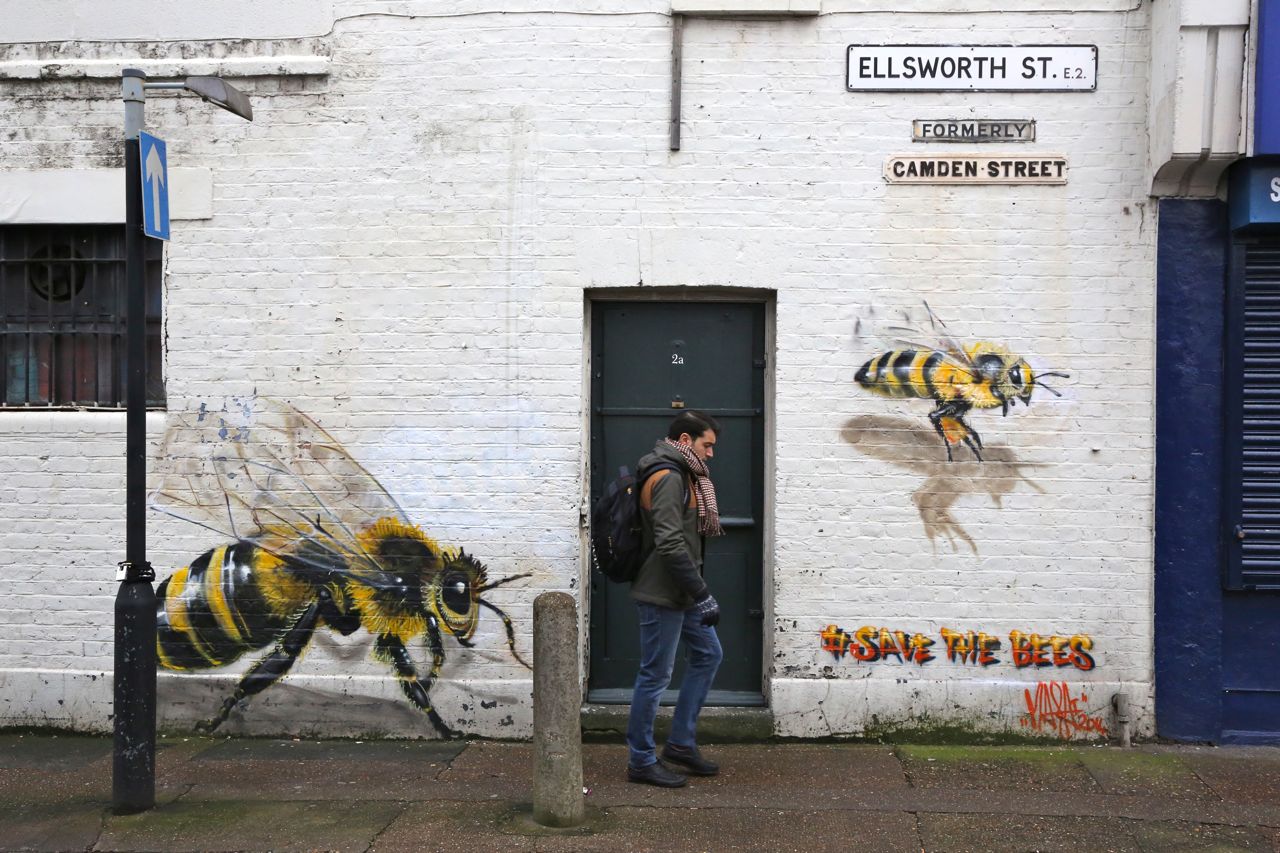 There are (or were) apparently a couple more murals in Shoreditch and Hackney. Photos of those can bee seen here. I didn't try to see them all, so I can't say for sure which ones are still around. 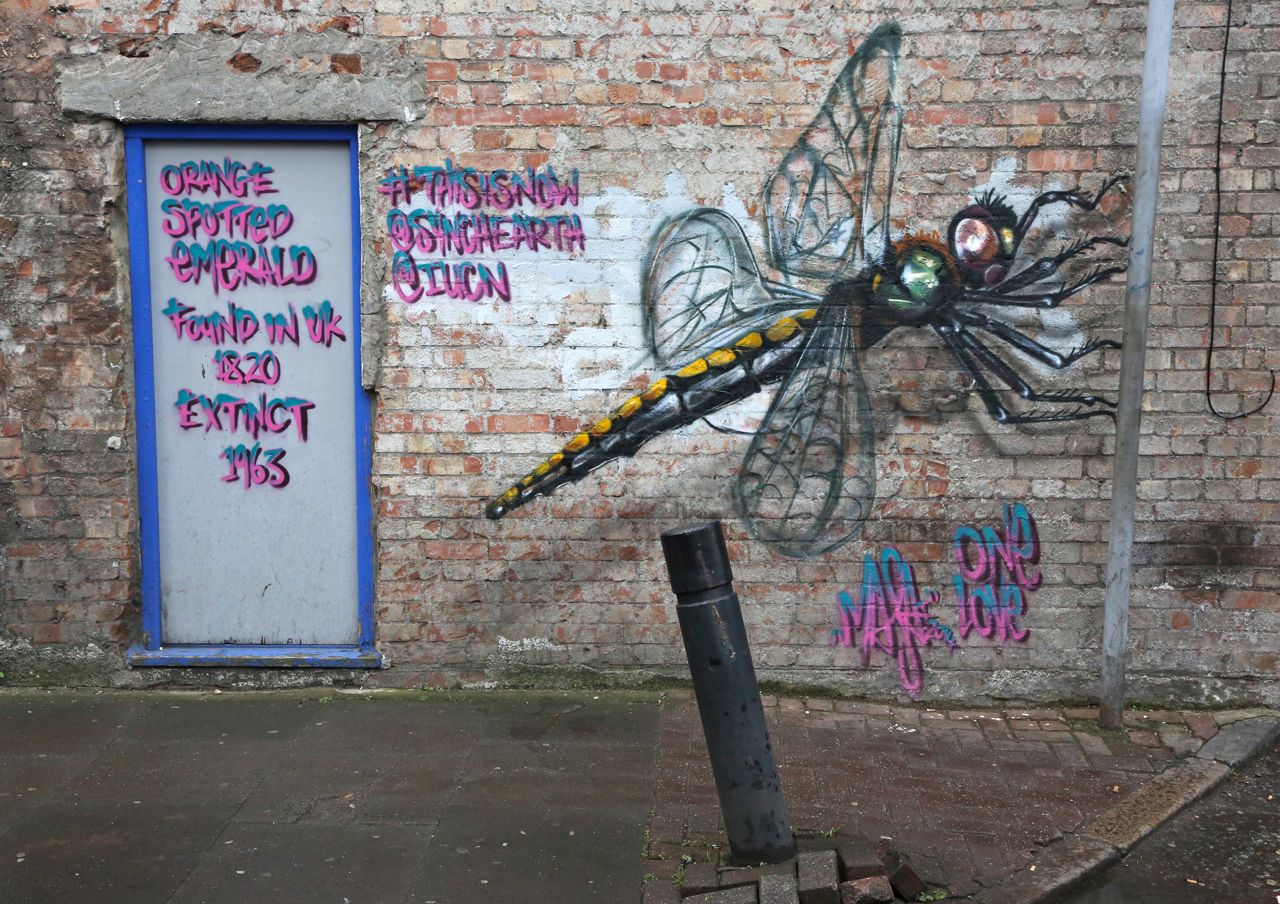 On a possibly related note is Masai's nearby mural of an orange spotted emerald, a type of dragonfly now extinct in the UK. (Fortunately they still exist elsewhere in Europe, though apparently their existence is precarious there too.)
Posted by Steve Reed at 6:45 AM