A Barking Fox, and Back Garden Updates 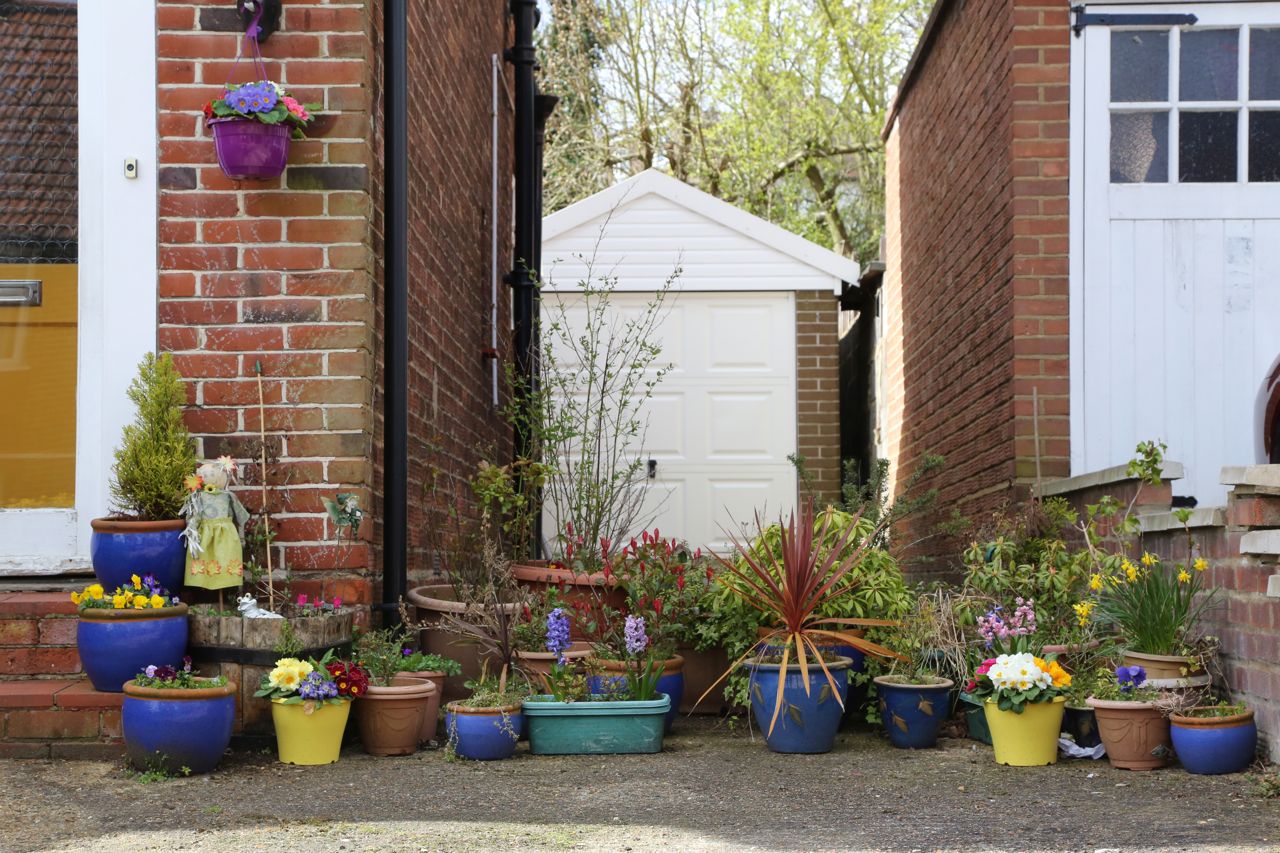 Olga just had a little verbal altercation with a fox in the back yard. I let her out to do her business and she rocketed over to the back corner of the garden, where she always goes. I thought, "Hmmm...maybe I shouldn't have given her those pieces of pork chop last night?" But then I began hearing a very peculiar barking sound, like a dog being strangled, and Olga was running in furious circles and trying to jump up the back garden wall.

I went outside and walked to the wall, which I can just barely see over. I looked down the length of it and there, perched atop the ivy-covered bricks about fifteen feet away, stood an obviously alarmed fox. He stared at me and periodically let out a sharp bark. I, of course, did not have my camera.

I shooed Olga into the house so the fox could pass through our garden unmolested, but he must have found an alternate route. Olga is on red alert.

Speaking of Olga, I realized last night that I need to periodically check the Facebook page for our dog walkers. Look at these great photos they posted: 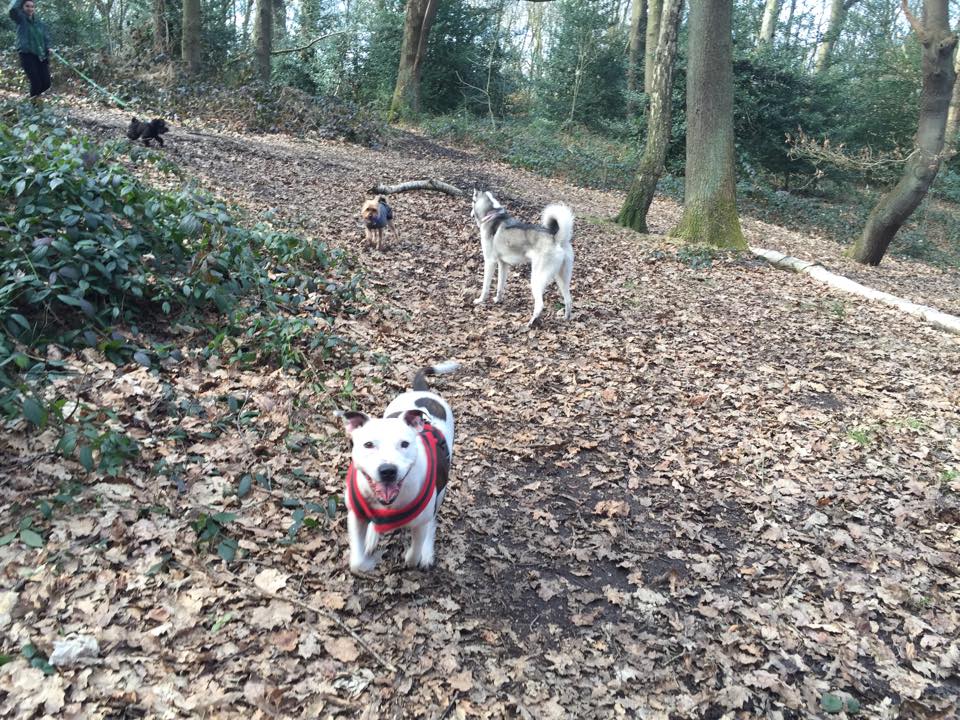 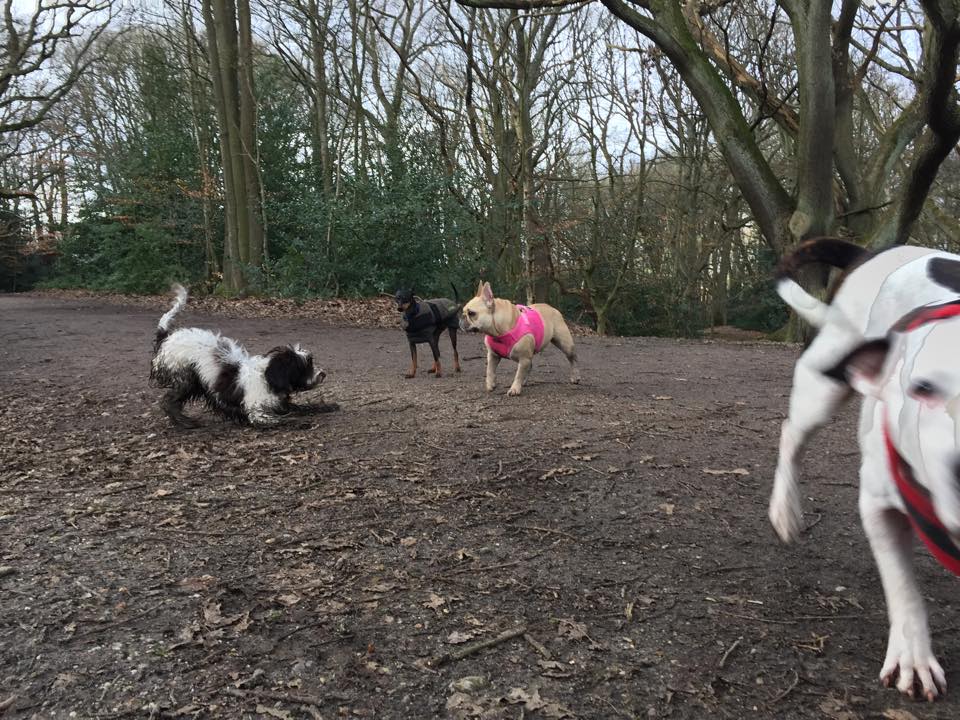 I love seeing what Olga gets up to during the day with her dog-walking pals! (And I realized why she's always so full of wood chips -- several of the photos show her gnawing sticks.)

And speaking of photos, thanks for your comments on my photo book! I really appreciate the positive feedback, especially after all the time it took to put that thing together. I'm glad you all enjoyed it so much.

And speaking of reader comments, I have to give credit to jenny_o for pointing out that the mysterious blue flowers in our back yard are forget-me-nots. I'm glad we didn't mow them down! They certainly are prolific. We've got them not only around the roses but also growing on the edges of the lawn and even through cracks in the patio stones. I don't mind -- the blooms are nice.

Oh, and as commenter Jennifer pointed out on that same post, the parrot is indeed a ring-necked parakeet. They're well established in and around London in large feral colonies, and I've seen them in parks. I'd just never seen one on our bird feeder before! (And I haven't seen it since, either.)