A Scarcity of Lentils 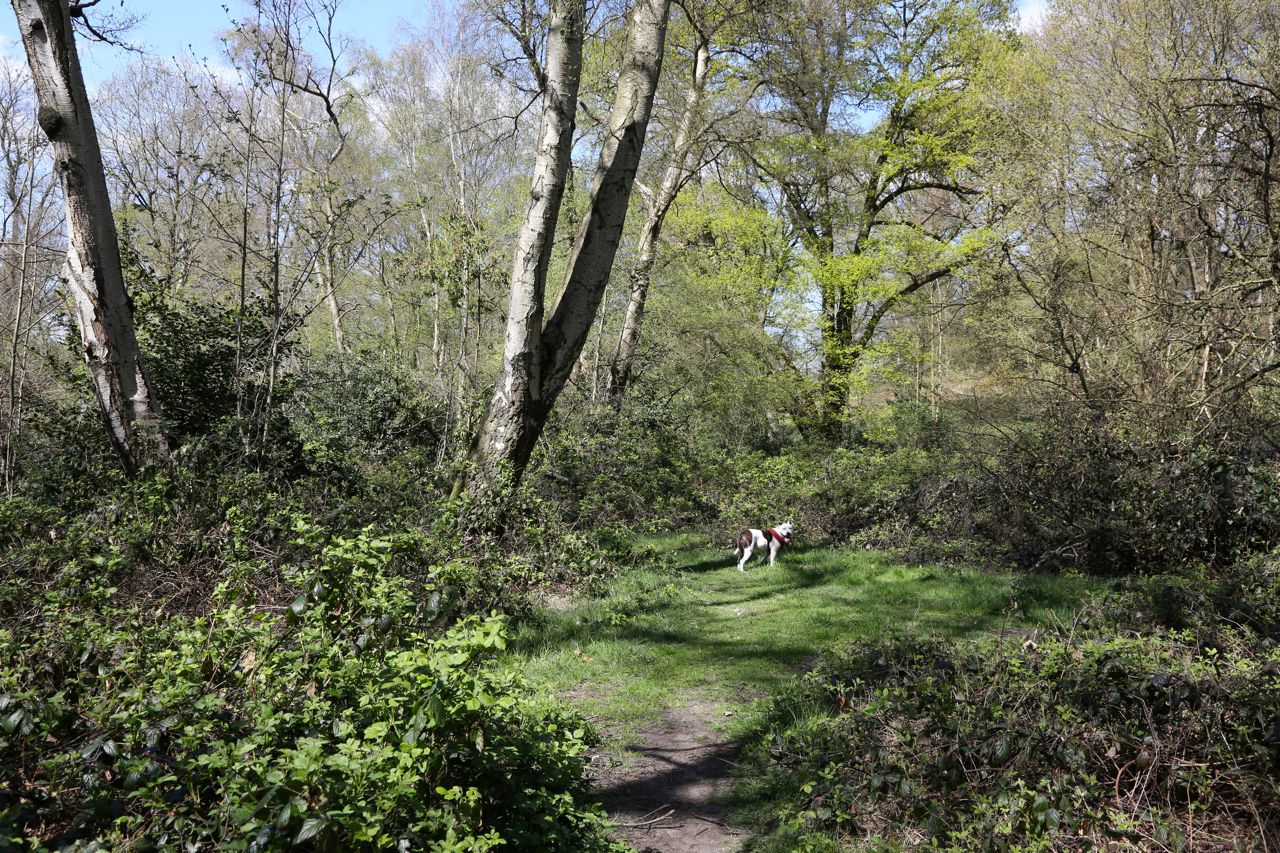 My plans for lentil soup went awry yesterday when I discovered that brown lentils are apparently a rarity in West Hampstead. Tesco and Sainsbury's don't even stock them, and Waitrose -- being the only supplier -- was sold out. Can you believe it? I never imagined it would be difficult to track down lentils.

Instead I used a package of orange lentils, the kind in Indian dal dishes, which we've had hanging around in our pantry for ages. They made a rather flavorless soup, despite the addition of onions, tomatoes, potatoes, salt, pepper and cumin. I threw in some tabasco when I served it, and that made it somewhat palatable. 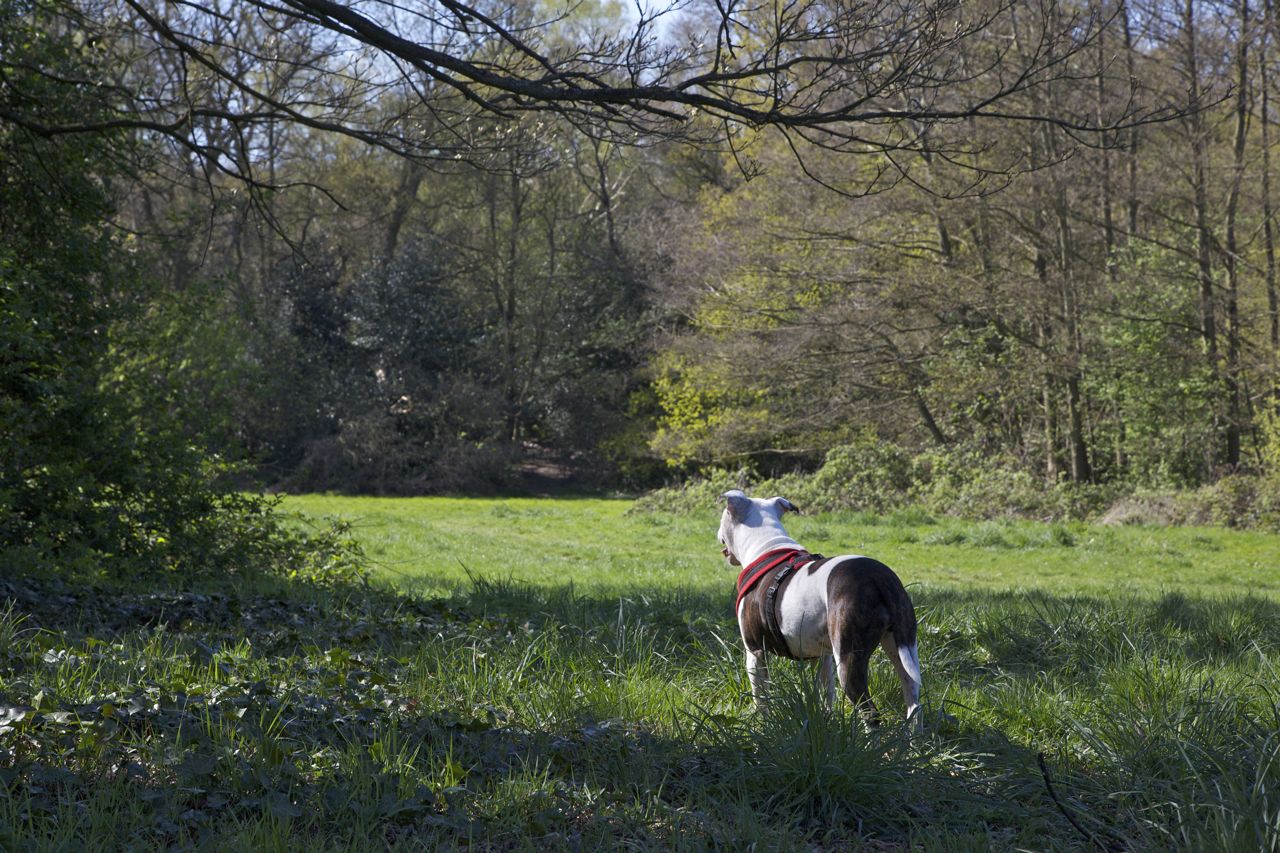 I had a pretty busy day. I spent the morning working in the garden, trying to weed out the grass growing among our plants. Problem is, there's so much unexpected other stuff growing there too -- like the grape hyacinths and the bluebells, which came up from the roots -- that getting the grass out by itself is a challenge!

I even mowed the lawn. I bet I haven't mowed a lawn in 30 years. As I was pushing the mower around, trying to keep the power cord out of the way so as not to cut it and electrocute myself, that lyric from the Monkees song "Pleasant Valley Sunday" came into my head -- about the "weekend squire who just came out to mow his lawn." That's me -- the weekend squire. Just days after yammering on about my Bohemian aspirations. 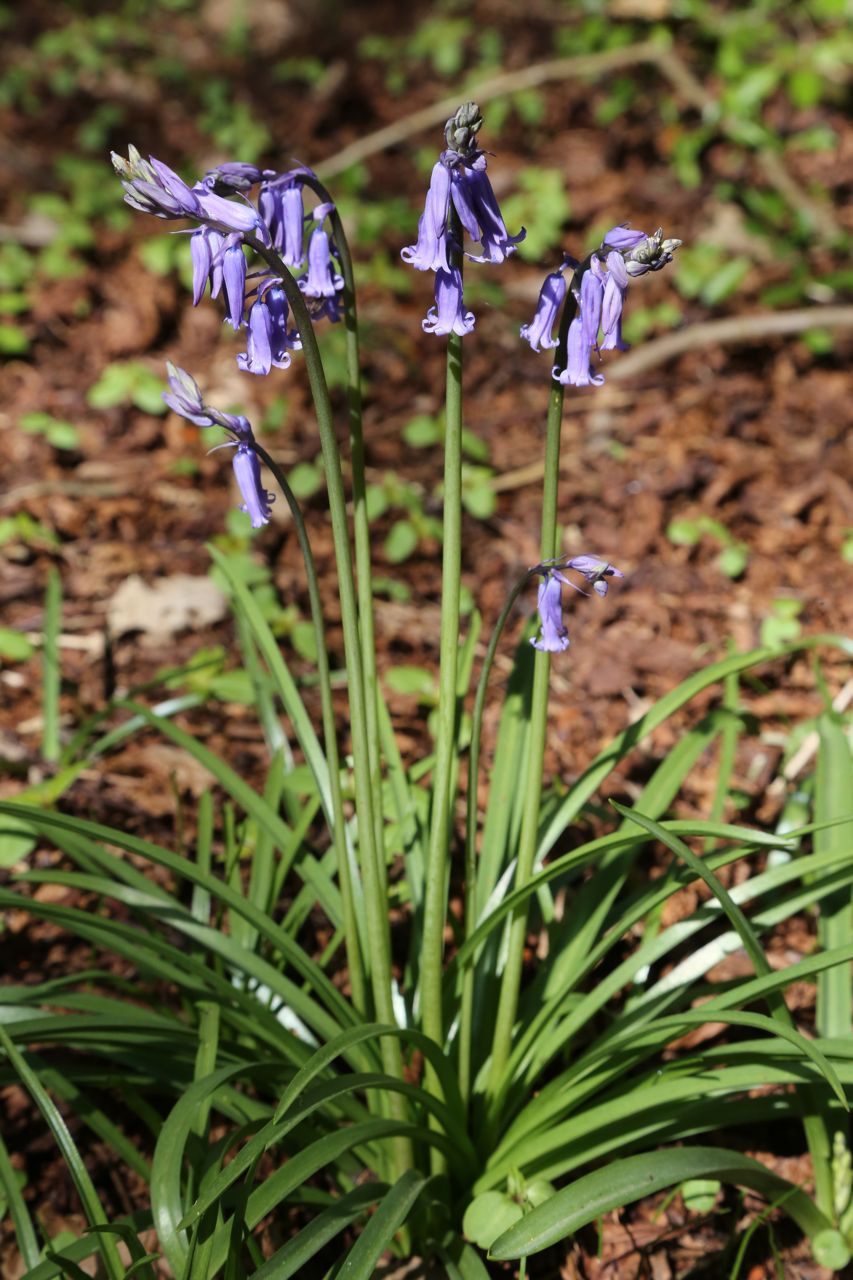 I took Olga for a walk to West Heath and Sandy Heath. We could not have asked for a more beautiful day, and the bluebells on the Heath are already blooming -- unlike the ones in our yard, which are still just in bud. Olga had a terrific time chasing squirrels and wore herself out.

I couldn't get "Pleasant Valley Sunday" out of my head (on a Saturday). As earworms go, that's not such a bad one. 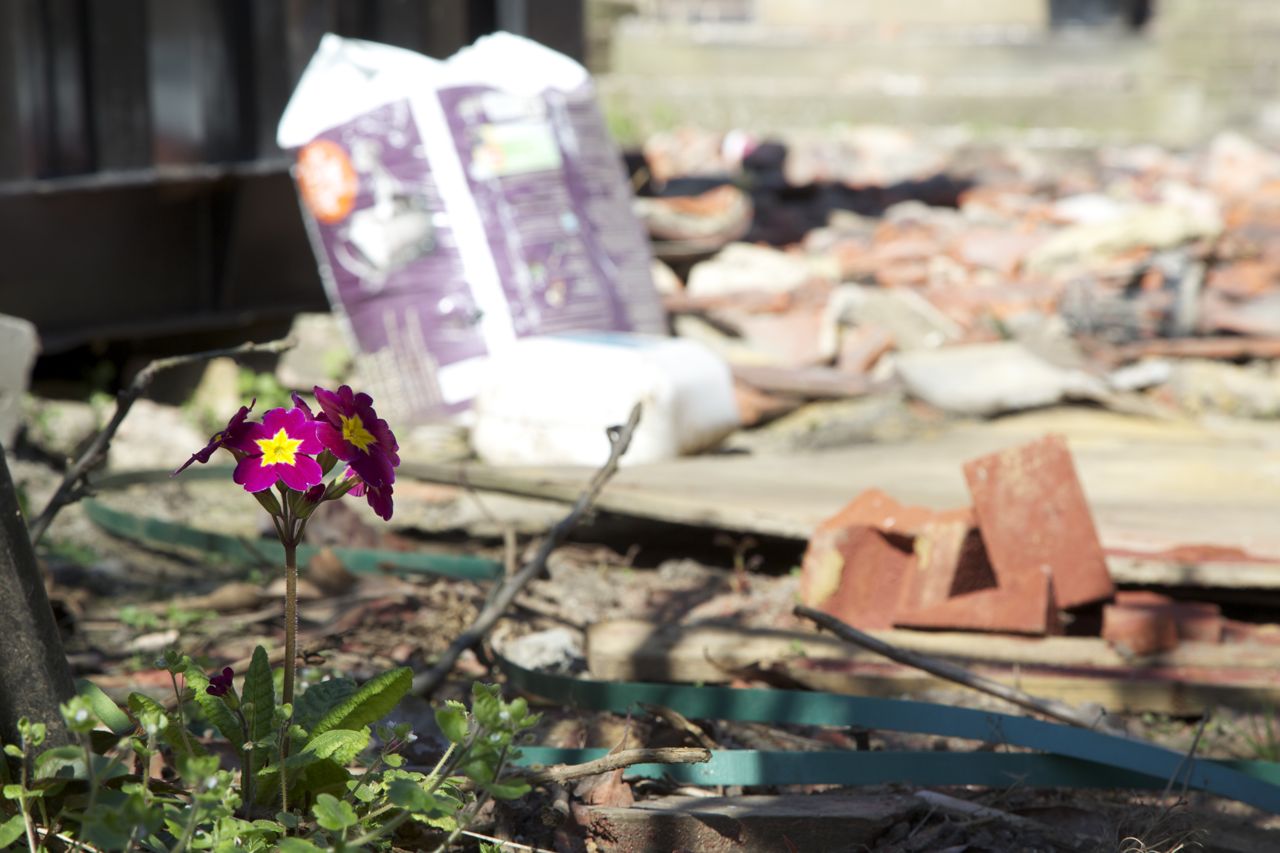 On the way home we passed a house in Hampstead that is apparently undergoing a gigantic renovation project. God only knows what they're doing to the house -- the yard is a mess of demolished brickwork and whatnot -- but I was impressed to see this durable little primula, a remnant of the garden, blooming as if nothing had changed. 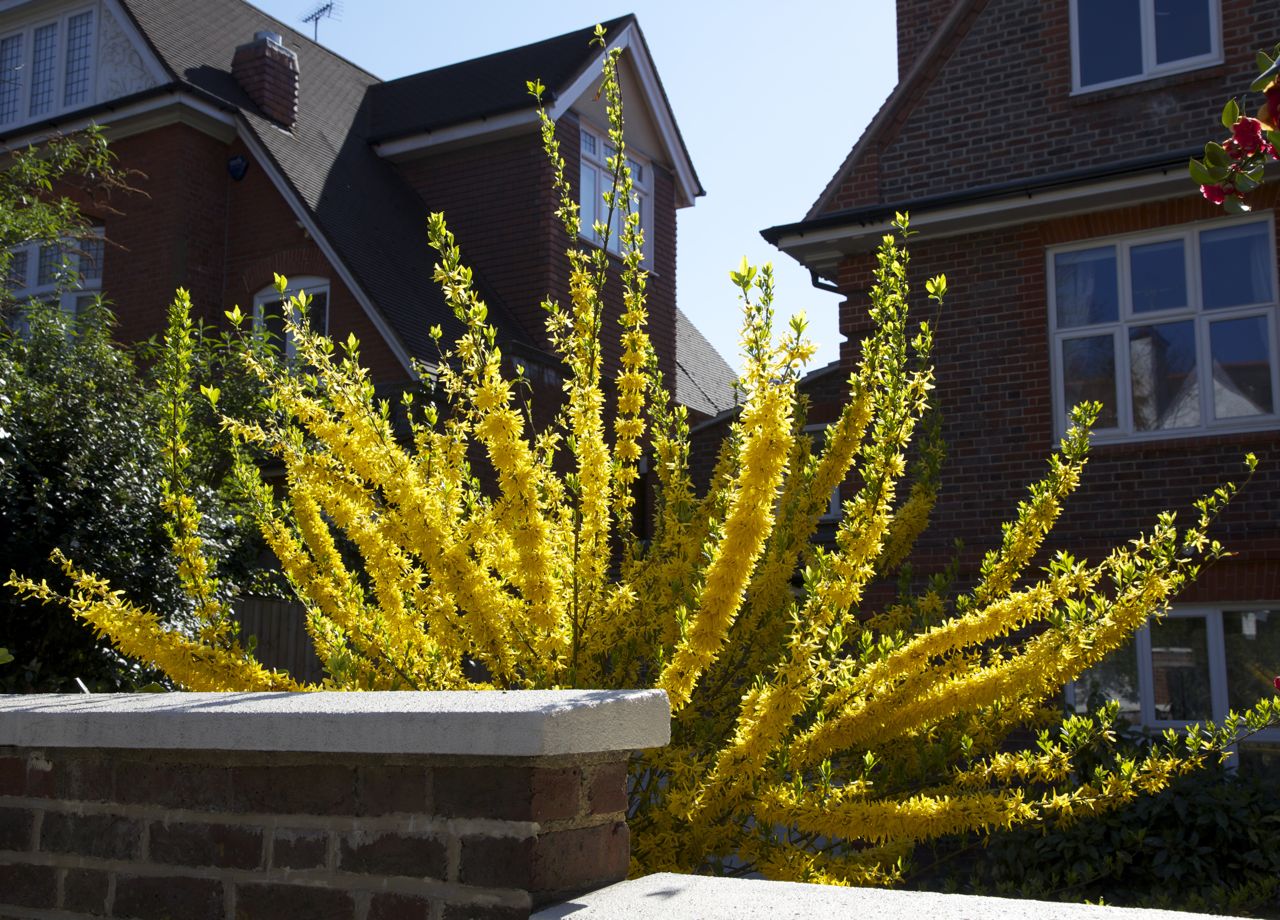 We passed this amazing forsythia, looking like a huge sea anemone waving its tentacles from behind that garden wall. Pretty impressive -- to me, anyway. (Olga was noncommittal.) 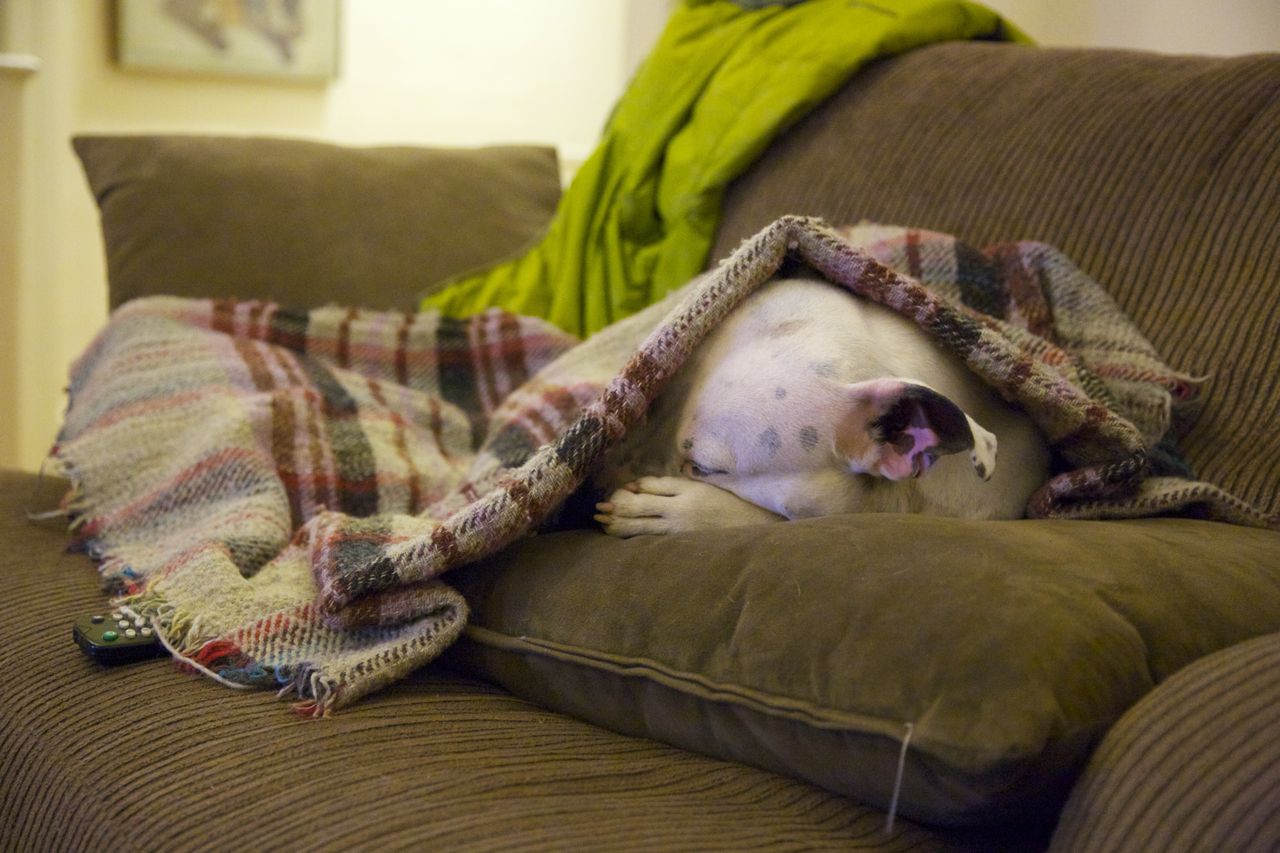 When we got home, I watched a movie and Olga slept, and slept, and slept. (And hogged the remote!) I don't think I've ever seen her so worn out. In fact, she's still in bed as I write this.

Dave returns from Belgium today. Do I dare try to feed him my bland orange lentil soup?
Posted by Steve Reed at 6:46 AM