Soho with Students, and a Massage 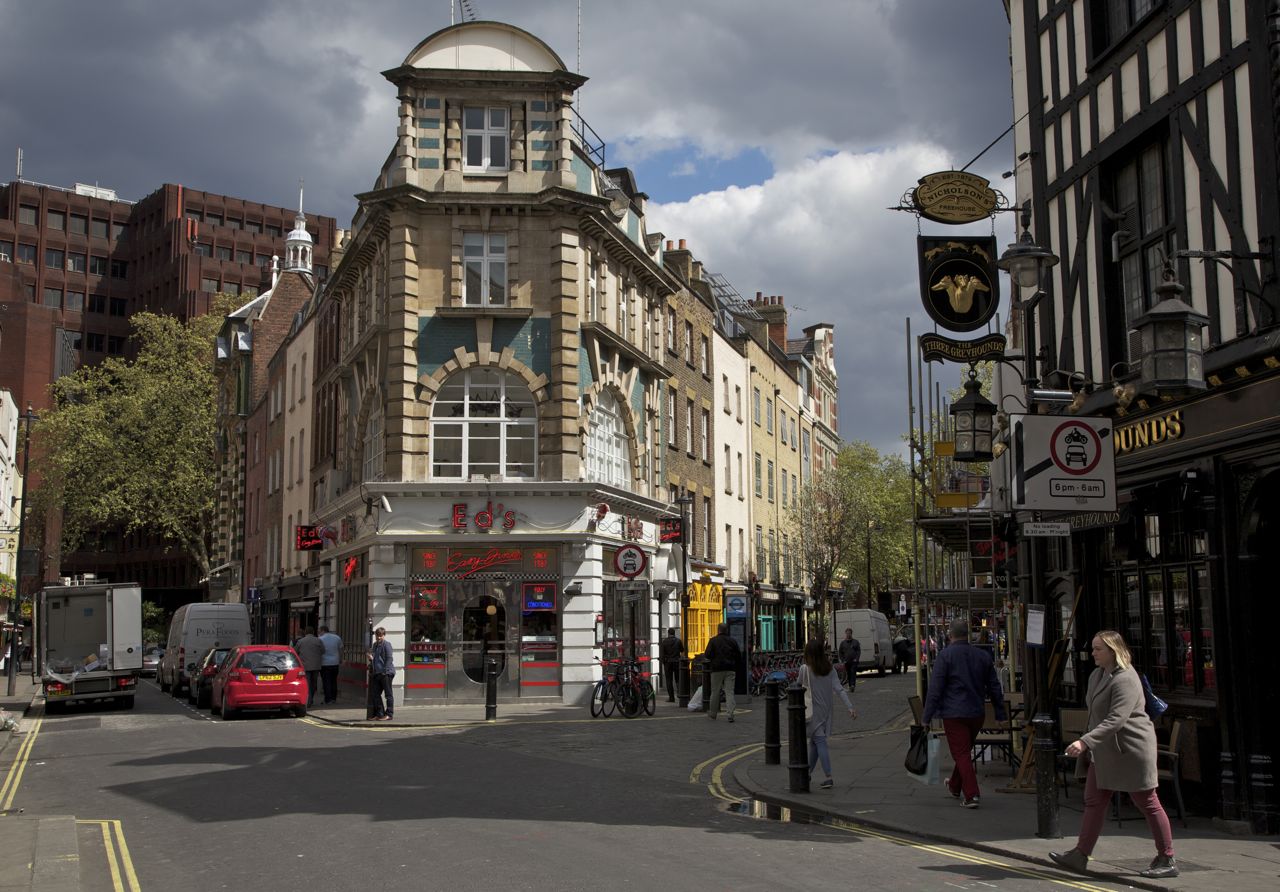 I chaperoned yet another group of student photographers yesterday, on a field trip down to Soho. These were high schoolers working on a project that combines older and newer images of the same streetscapes -- they looked online for old photos of the area, and then we revisited the locations and shot them again. They'll fold the two pictures together using Photoshop. A cool idea, right?

While we strolled the streets looking for their specific addresses, I shot a few streetscapes myself. We had nice dramatic skies.

Soho is a funny place to walk around with students, because it's so rife with bars and sex shops and whatnot. It's completely safe and even gentrified, but it retains remnants of its edgy past. I didn't hear any of the kids make a remark or see them bat an eye. I guess they're used to it. They're city kids.

Last night I finally had another of my gift massages from Dave. Remember how he gave me five massages for my birthday, way back in November? Well, I took three before the massage therapist moved out of the UK in February. She passed along the remaining two to her business partner, and then I misplaced the partner's contact information, so it's taken me forever to try to book another one. Finally, I stopped in over the weekend at the massage studio and picked up her business card, and sent her a text.

Frankly, I wondered whether she'd even honor the deal. I expected to be told that she knew nothing about it -- I thought there was a good chance we'd lose our money. But no, she knew who I was and we made an appointment with no problem. (I suppose I often expect the worst so I can be pleasantly surprised when things work out well. It's a Reed family trait!)

Anyway, the massage was nice, though it was a little odd -- the therapist started and ended with my legs, and she didn't do my feet or head at all. And now I smell like coconut oil. But as I optimistically told her, "That's OK -- it's almost summer!"

(Photo: The corner of Old Compton and Moor streets in Soho, yesterday.)
Posted by Steve Reed at 6:10 AM