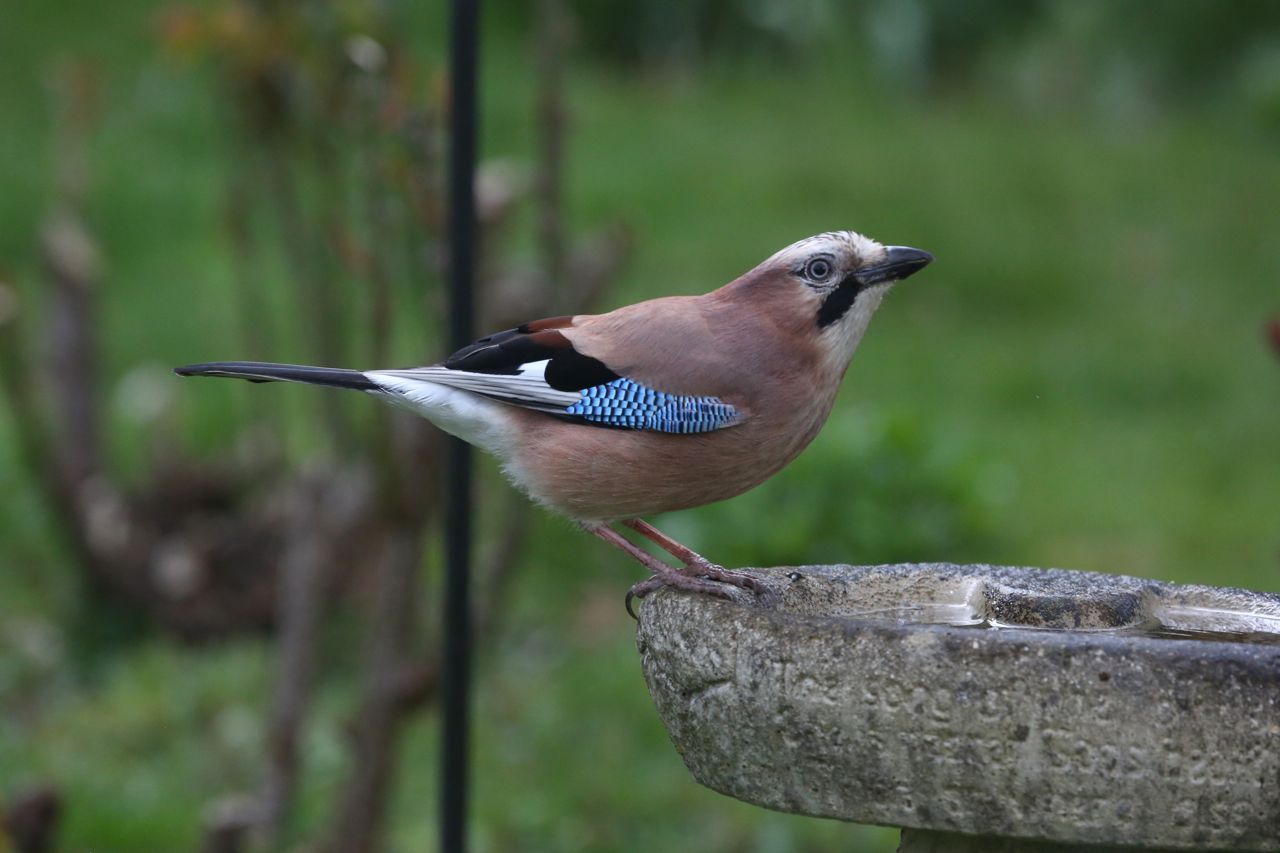 -- Yes! I finally got a clear shot of one of the eurasian jays that occasionally swoop through our backyard! I have been trying to photograph these birds for ages, with no luck. Until yesterday, when this one landed on our birdbath and posed just so. 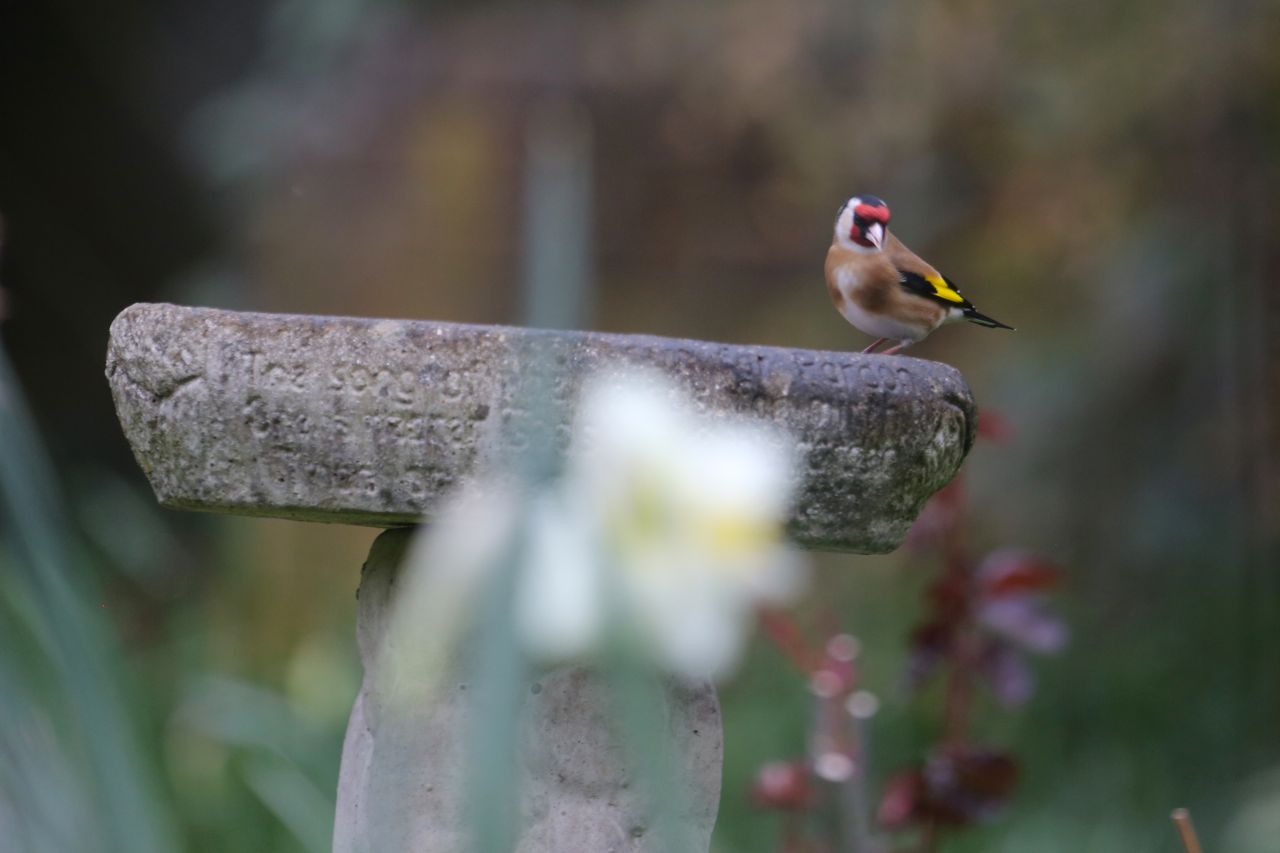 -- Also yesterday on the birdbath, a goldfinch! He stayed just long enough for one (slightly blurry) shot. 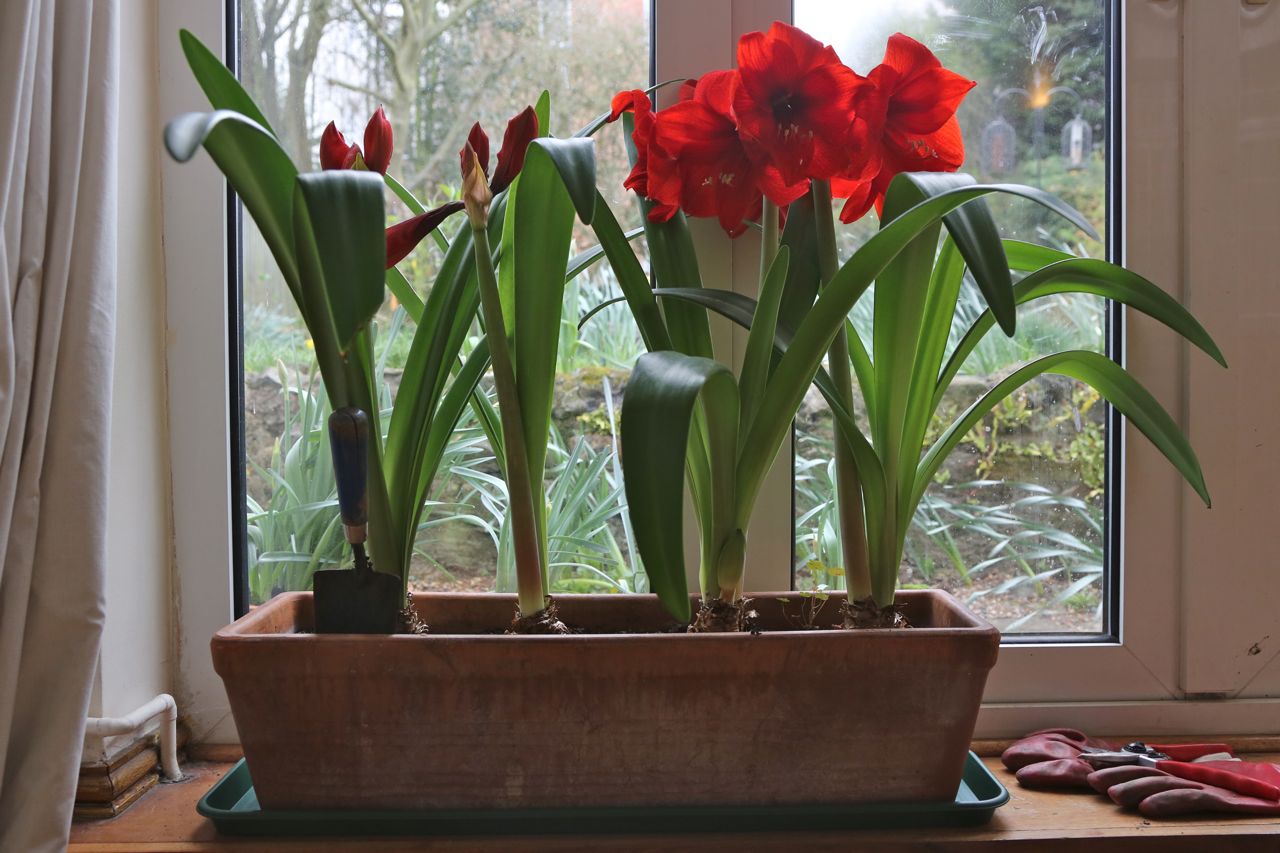 -- These are our amaryllis at the moment. Two stalks of blooms, two stalks of buds. The blooms have become somewhat intertwined, forming a Giant Eight-Headed Beauty Monster.

-- Did you see the upsetting news about Joni Mitchell? She's had health problems for years, and still smokes like a chimney, but all the same I was shocked when Dave told me yesterday morning that she'd been taken "unresponsive" in an ambulance to a hospital ICU. (Dave saw the story on Facebook, which apparently gave it greater prominence than The New York Times, which is what I was reading.) I know she's 71, but it feels wrong that she should be infirm. New York Magazine recently did a lively interview piece with her, including some terrific photos.

-- Bleeding London is apparently, officially, over. After walking all day Monday and Tuesday and uploading my pictures to the online gallery, I tallied my work over the past seven months and found that I shot 2,454 streets! I'm giving myself a pat on the back. On Tuesday evening, when all was said and done, and a soft rain had begun to fall, I also gave myself another kind of reward: 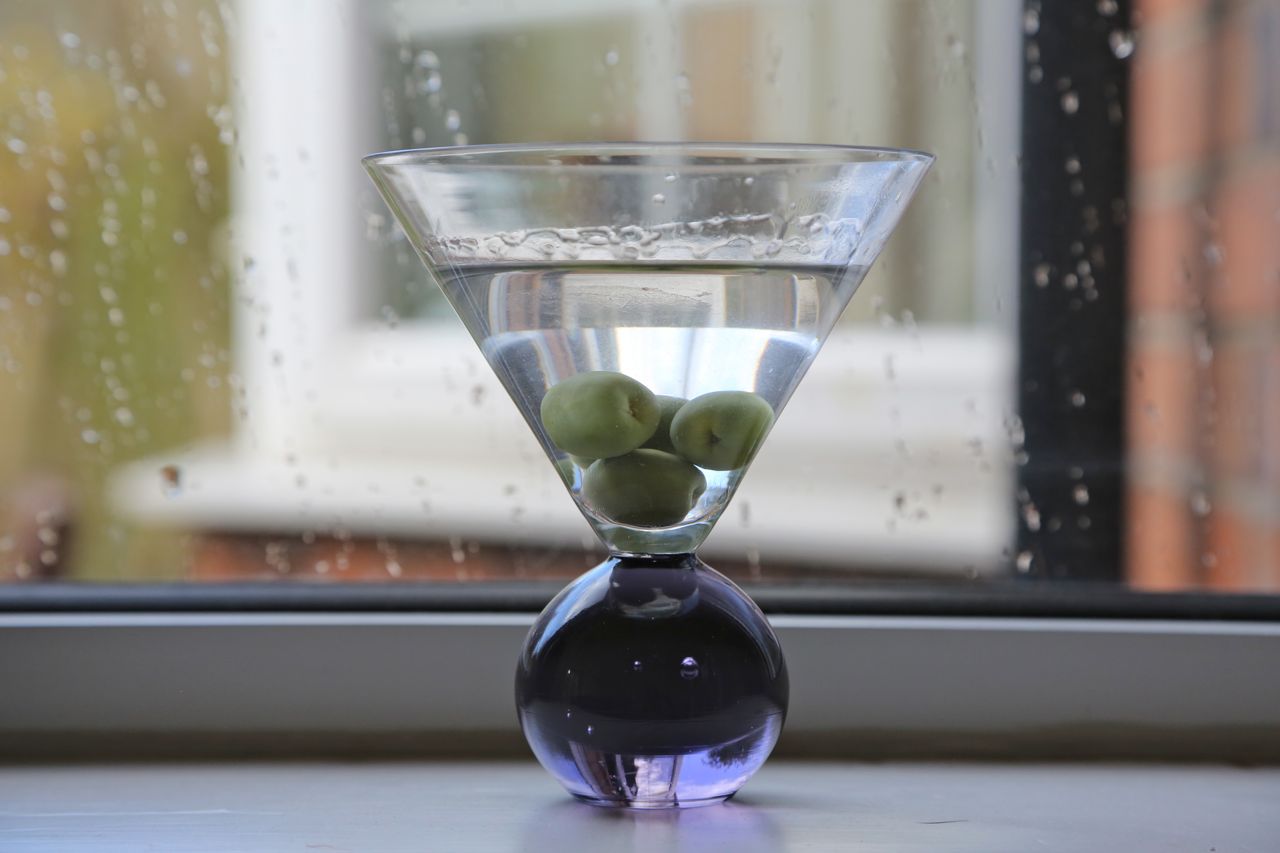 -- Yesterday I had another neighborhood celebrity sighting: British actress Imelda Staunton. She walked right past me and we made eye contact but I gave no sign of recognizing her. Got to respect the privacy of the neighbors, after all. She's married to Jim Carter of Downton Abbey fame, whom I've already mentioned seeing out and about.

-- Finally, I spent much of yesterday cleaning and purging. I took three bags of clothes and an old mirror to a local charity shop, as well as some knick-knacks like the Cuba car and the poppet. I was sort of sorry to see them go, but I have enough stuff without keeping items I find on the street, don't I?!
Posted by Steve Reed at 6:09 AM