Notes from the Walk to Work 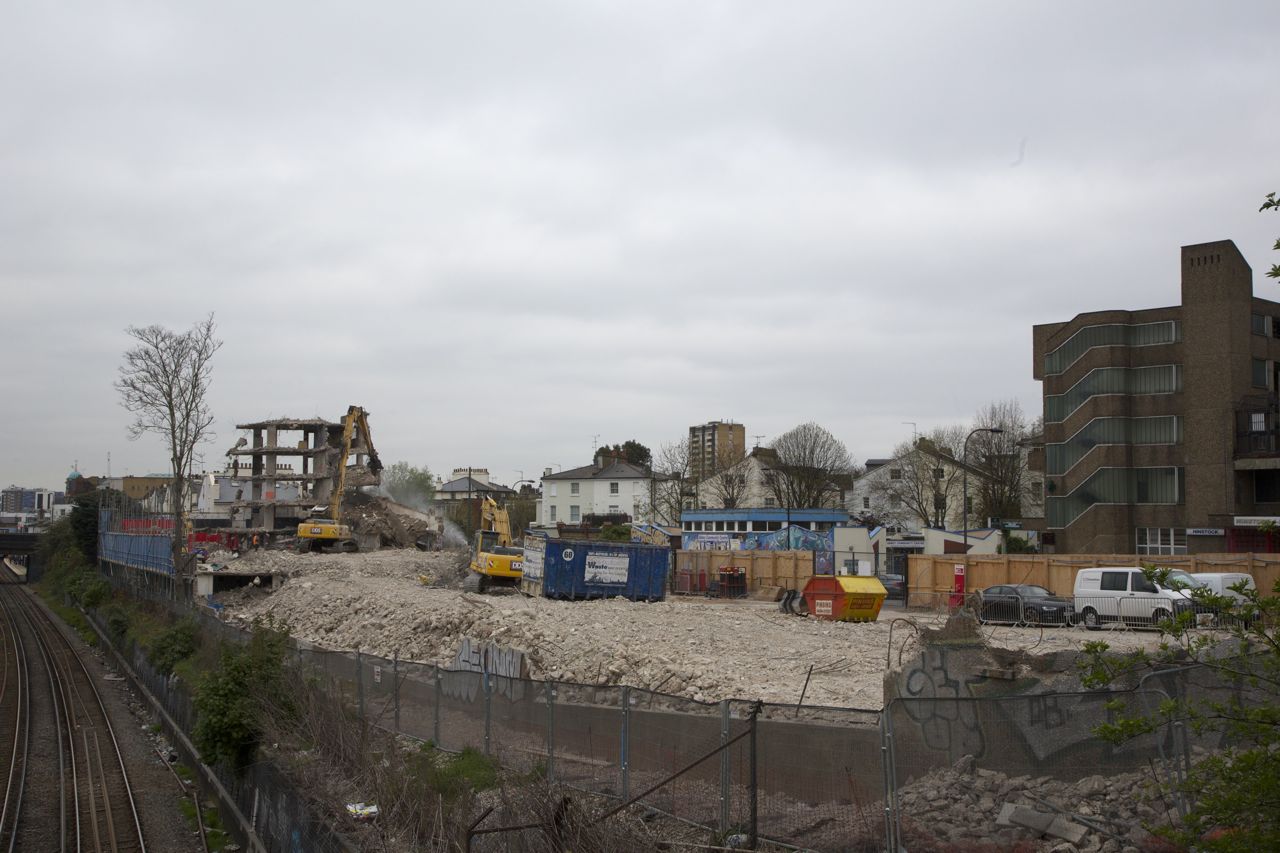 Remember the photo I posted at the beginning of March, showing the demolition of a building on my way to work? Well, this is what the building looked like late last week, and now, even that tiny part in the back is gone. The whole thing is just a flattened mound of rubble.

Turns out it was a parking garage, and as you can imagine it was built to last, of reinforced concrete. I guess that's why it's taken so long to knock down. I can't imagine what the council -- which owns the property, I believe -- is going to do with all that crushed concrete and tangled rebar. 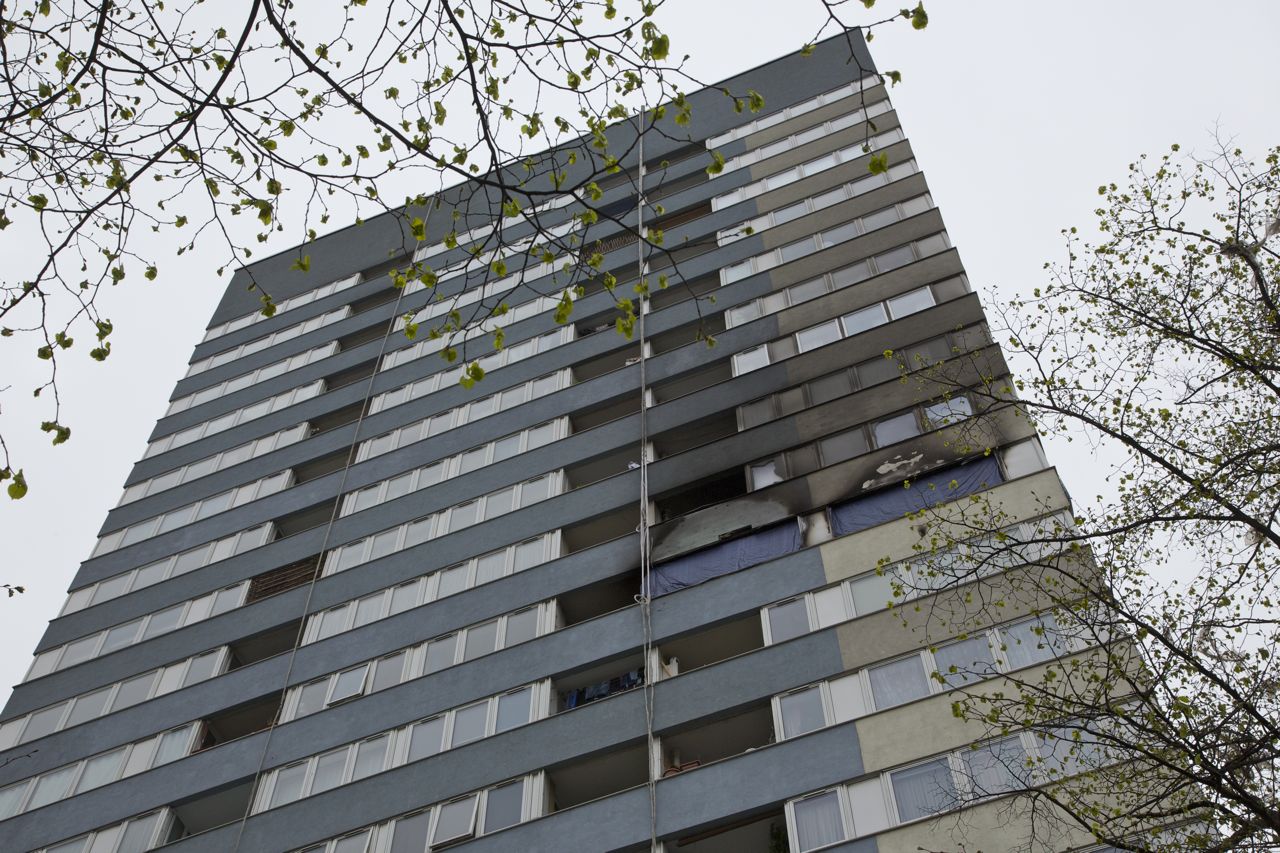 And here's Snowman House, where a tenth-floor apartment fire back in February prompted at least one passerby to pull out his video camera. I was in Florida when the fire occurred, so I didn't hear about it until I got back. The woman who lived in the apartment escaped but it's still gutted, with plastic tarps flapping at the windows, and I'm not sure whether the nearby units are habitable. A wooden construction wall just went up around the base of the building, so maybe the council is about to do some repairs.

My walk to work is always interesting! In fact, yesterday, I had a terrific -- if painful -- lesson in why I should always keep my camera at the ready. I was walking up Abbey Road when three teenage girls in school uniforms passed me going the other direction. One was blowing up an inflatable sex doll while the other two giggled uproariously and one reached over to squeeze the doll's breast. It would have been the best photo ever, and I even had my camera with me, but it was in my bag buried beneath my book and umbrella and I just didn't have time to react. I'm still kicking myself.
Posted by Steve Reed at 5:52 AM