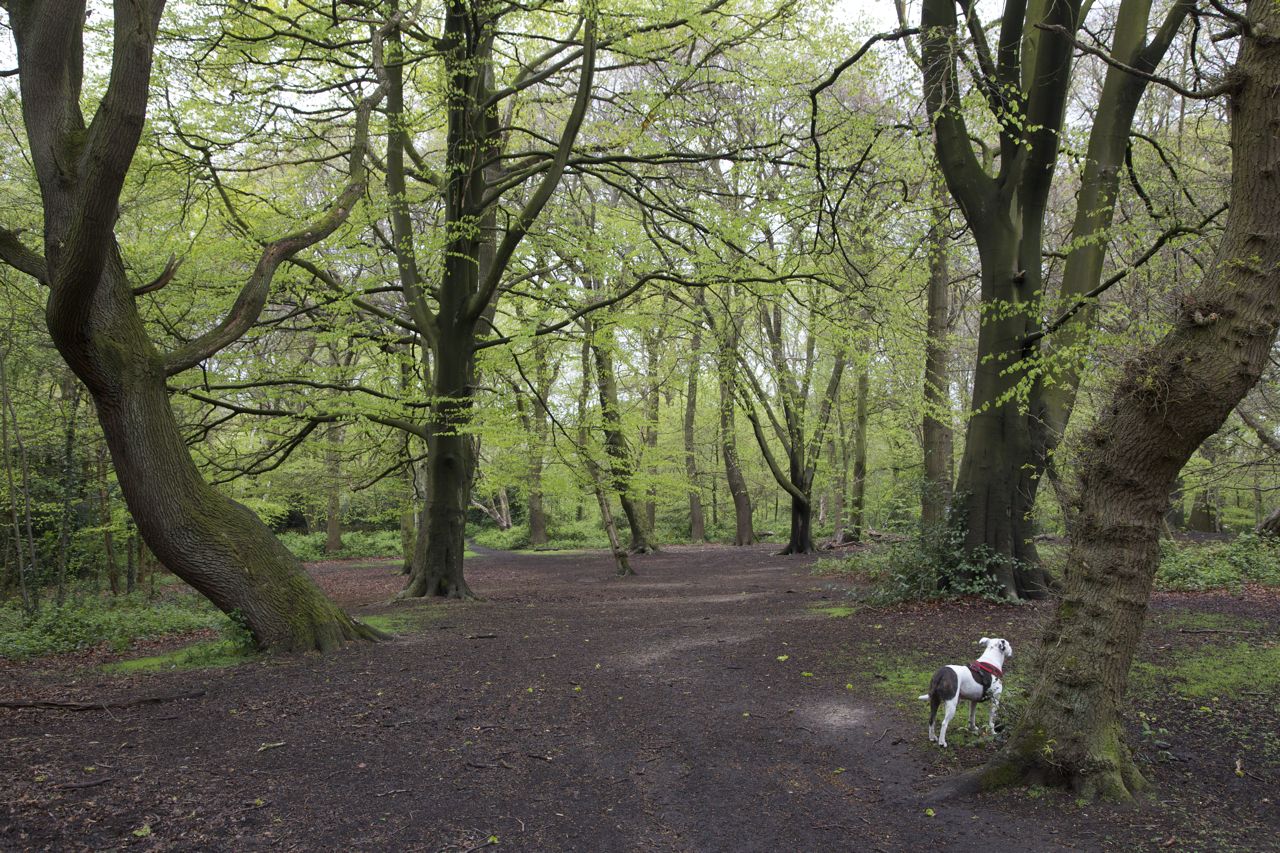 Can you stand more pictures of Olga?

Apologies in advance for being repetitive, but what can I say -- this is my life on the weekend! And look at how beautiful the West Heath woods are now, with those tiny fresh green leaves on the trees. 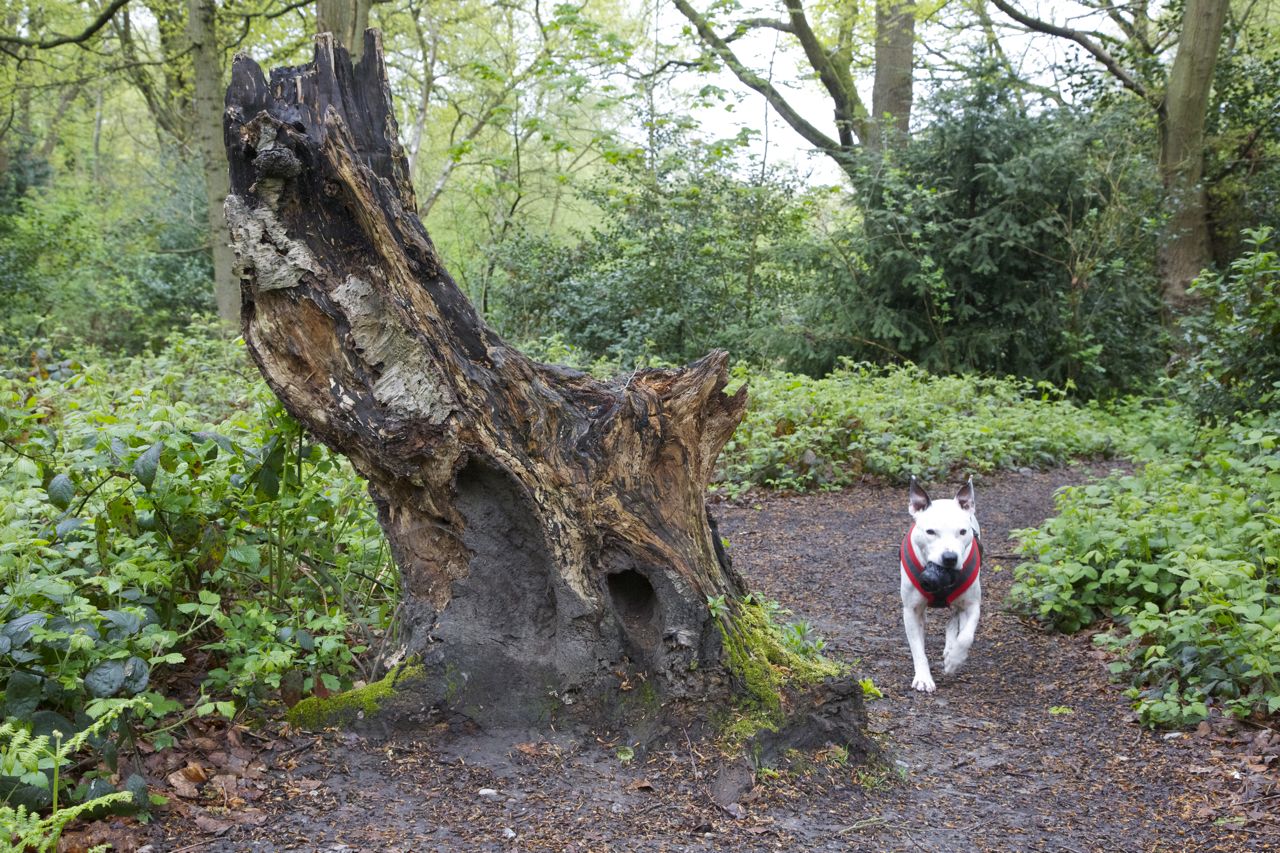 We had a good long walk while Dave went to work to supervise a practice exam for his students. We didn't see many squirrels, to Olga's consternation, though she did chase a few critters that I suspect were rats. 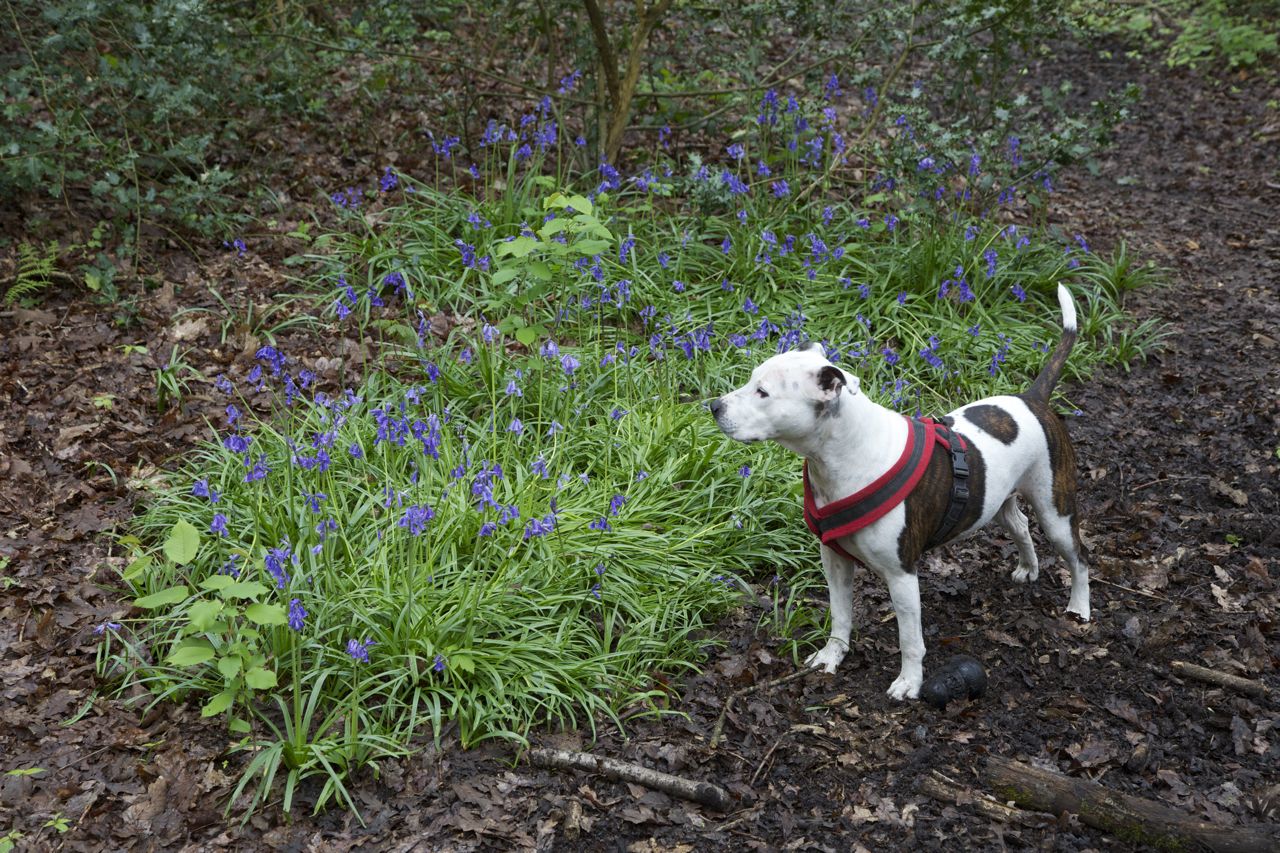 We found several patches of bluebells... 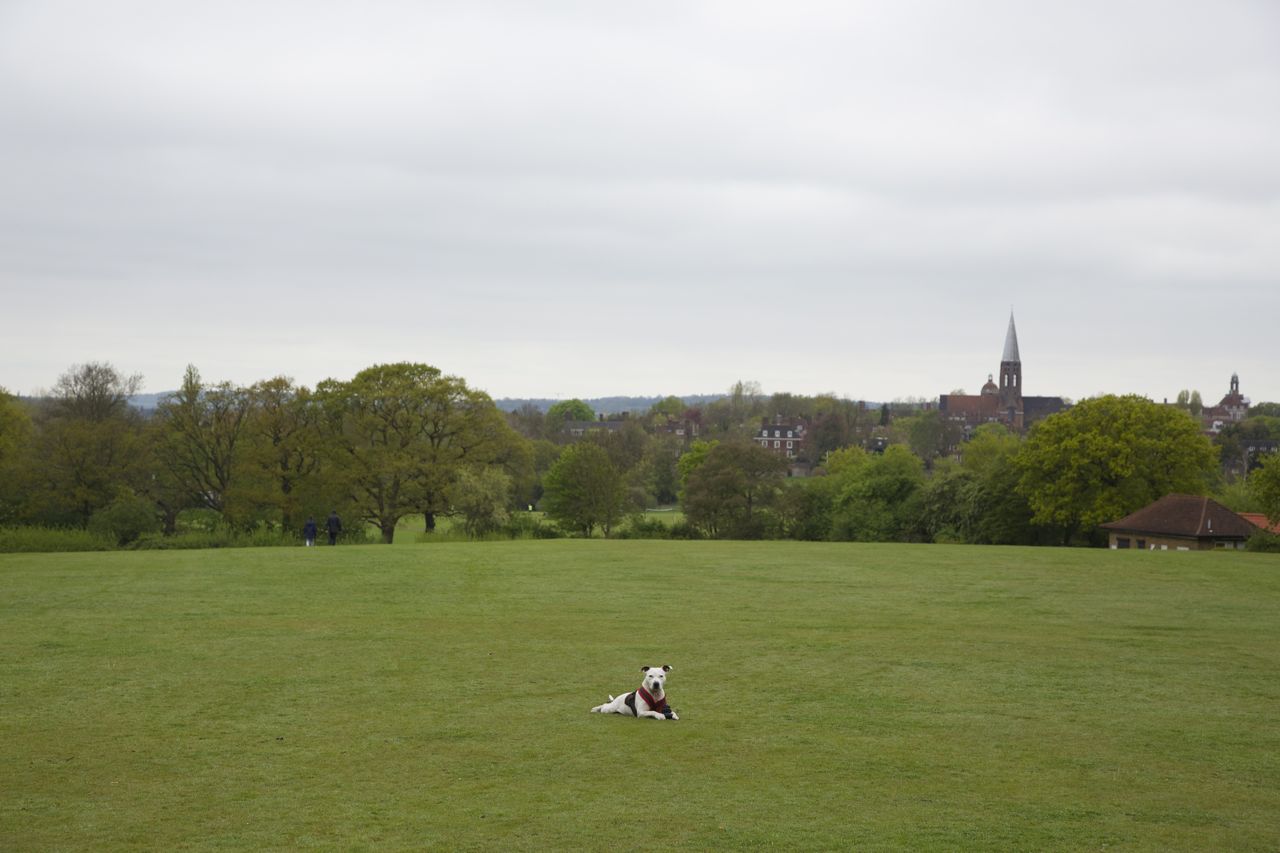 ...and Olga was outstanding in her field!

Thanks to Sabine for identifying our mystery flower, known as snowflake or candytuft. I am very glad to know what's growing in our back garden!

The news from Katmandu, meanwhile, is so terrible. I suppose there's not much we can do, short of making donations, but still -- the devastation is staggering. I'm thinking about a guy I briefly worked with in India in early 2009, who is Nepalese and whose family still lived there. (He's second from left in that photo.) I hope he and his family are OK.
Posted by Steve Reed at 6:40 AM