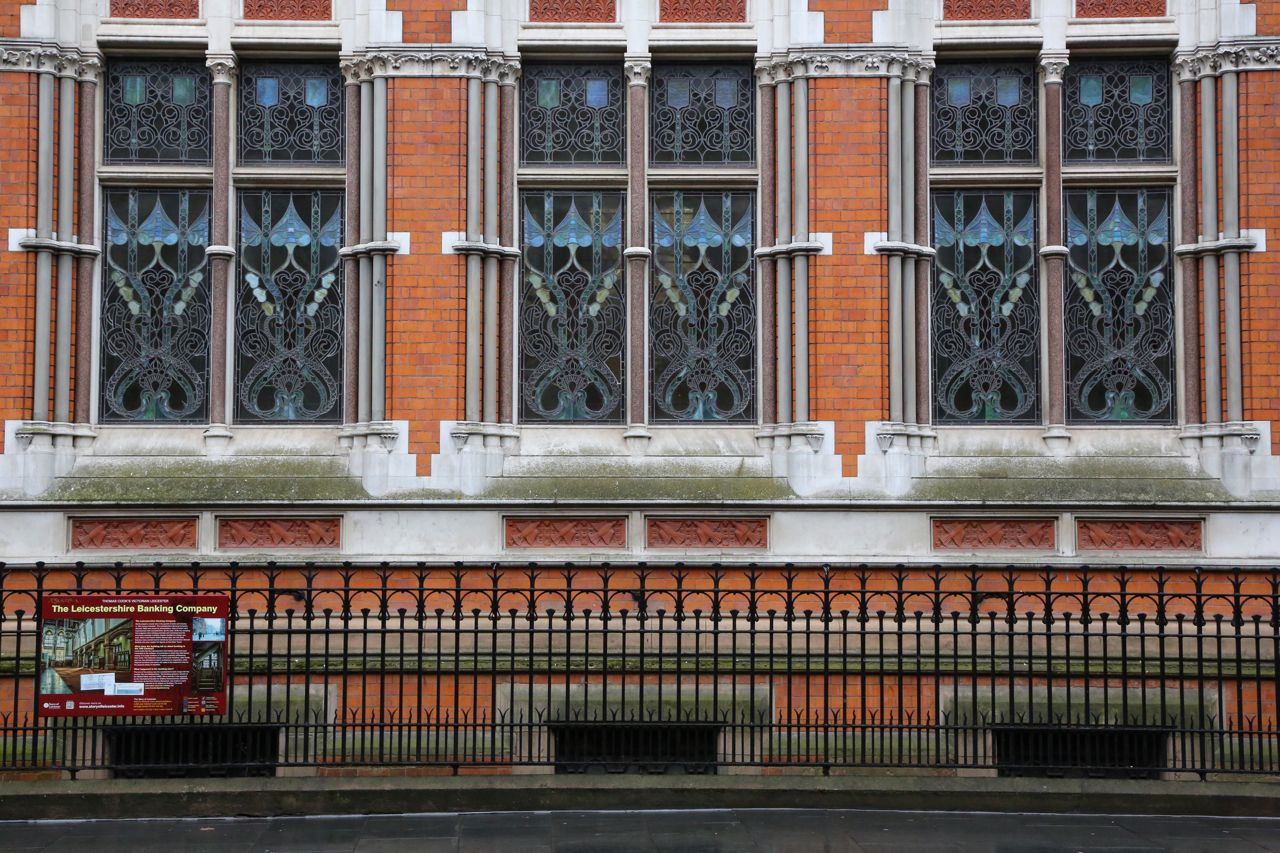 Another building we discovered in Leicester was the former Leicestershire Banking Company building (more recently Midland Bank and HSBC). David and I were having coffee at a cafe across the street when I noticed the bank's amazing stained glass windows. "Wouldn't it be great to see what they look like from the inside?" I asked David.

After our pick-me-up, we crossed the street for a closer look. 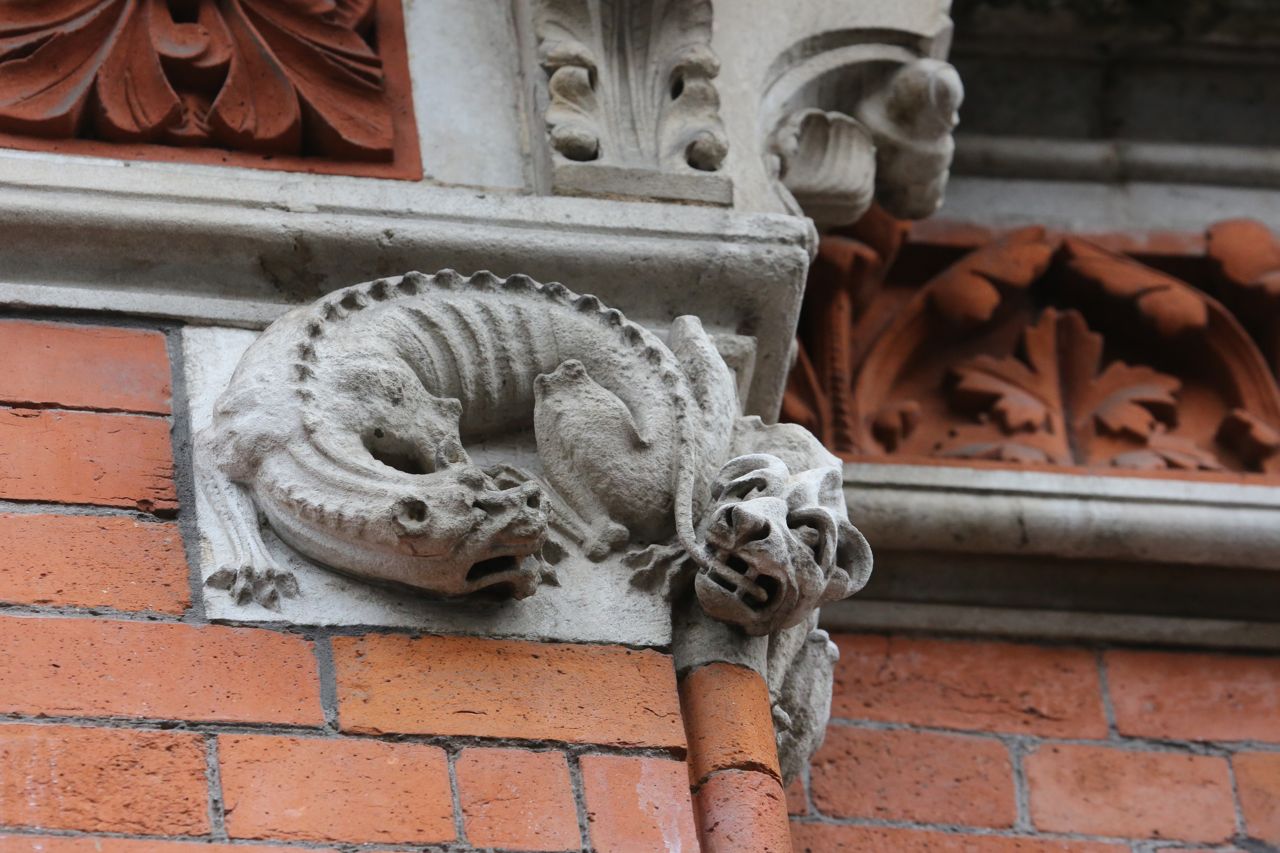 The building was designed by Joseph Goddard and built in 1875 in the French Gothic style. Just like Notre Dame it has amazing gargoyles, including this pair -- one gnawing on the other's tail! 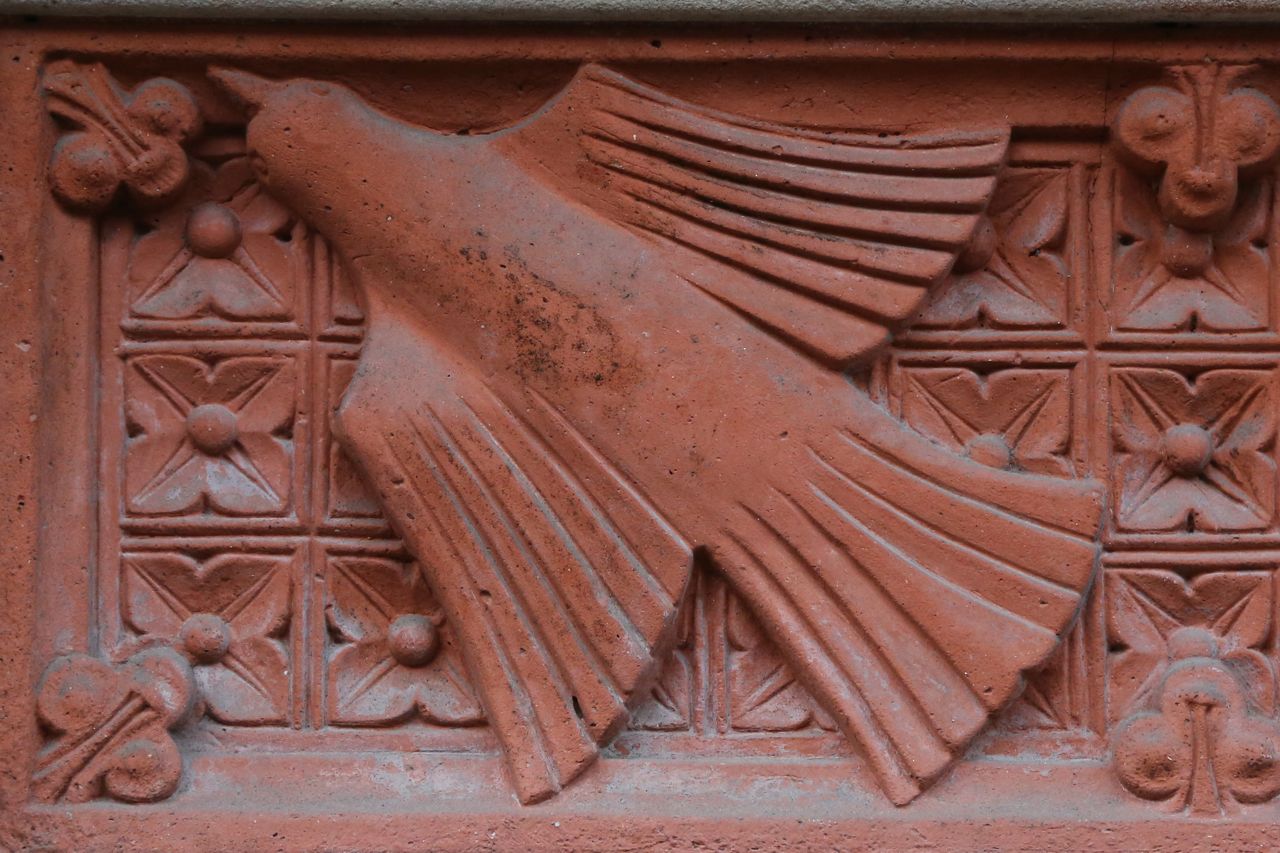 Apparently HSBC moved out in 2008 and although it's a Grade II Listed Building, which means it has historic or architectural significance, there have been fears that it is endangered.

We noticed there was some activity inside, though, so hoping to get in to see the stained glass, I went to the door and peered in. A sign on the door said ISKCON, which meant nothing to me.

A guy in robes, who seemed to be setting up for some kind of religious service, saw me looking and motioned us inside. I was a little concerned that we were intruding but he was very friendly. 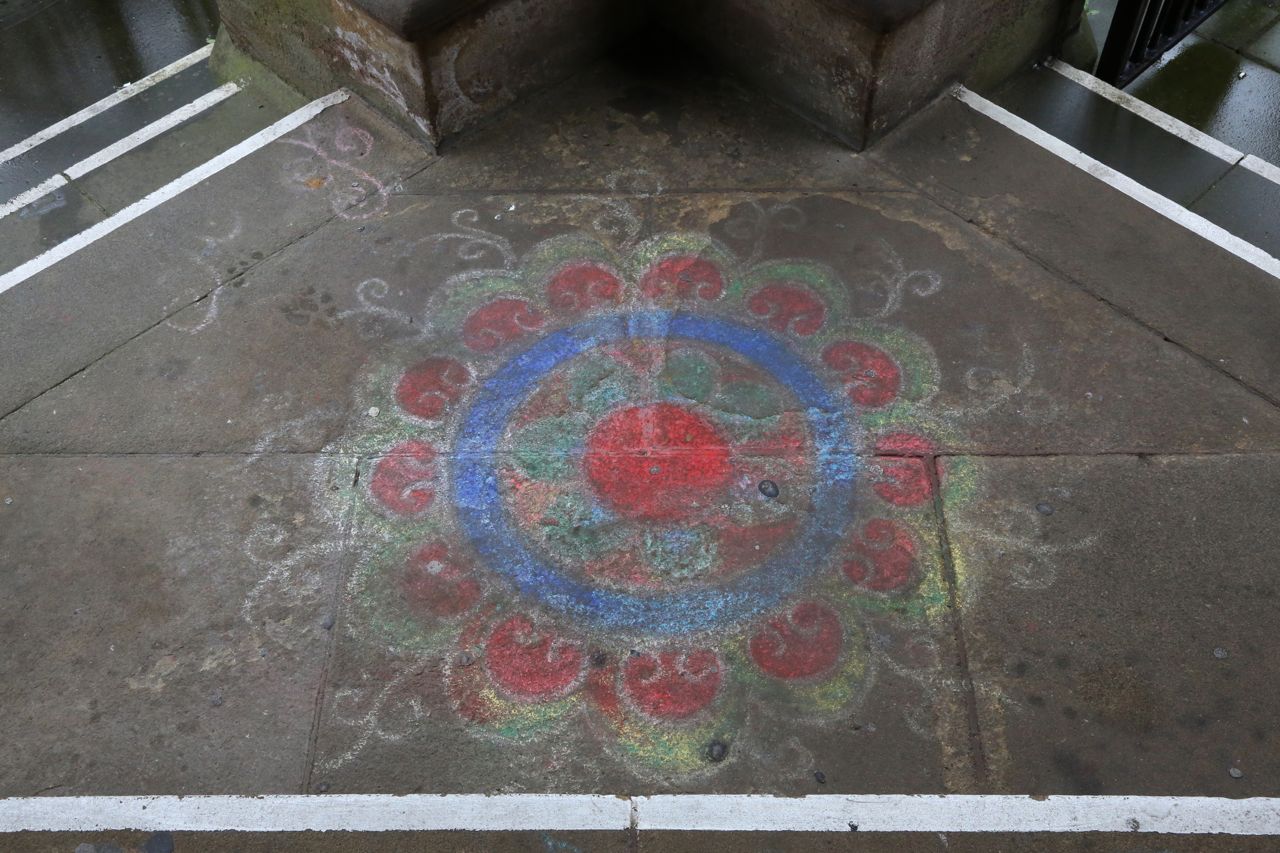 I should have been tipped off by the colorful mandala on the steps -- the building is now occupied by the Hare Krishnas. (ISKCON stands for the International Society for Krishna Consciousness.) They plan to turn it into a community center of sorts. They've submitted plans for a restaurant, library and other features.

We were graciously invited to look at the windows. 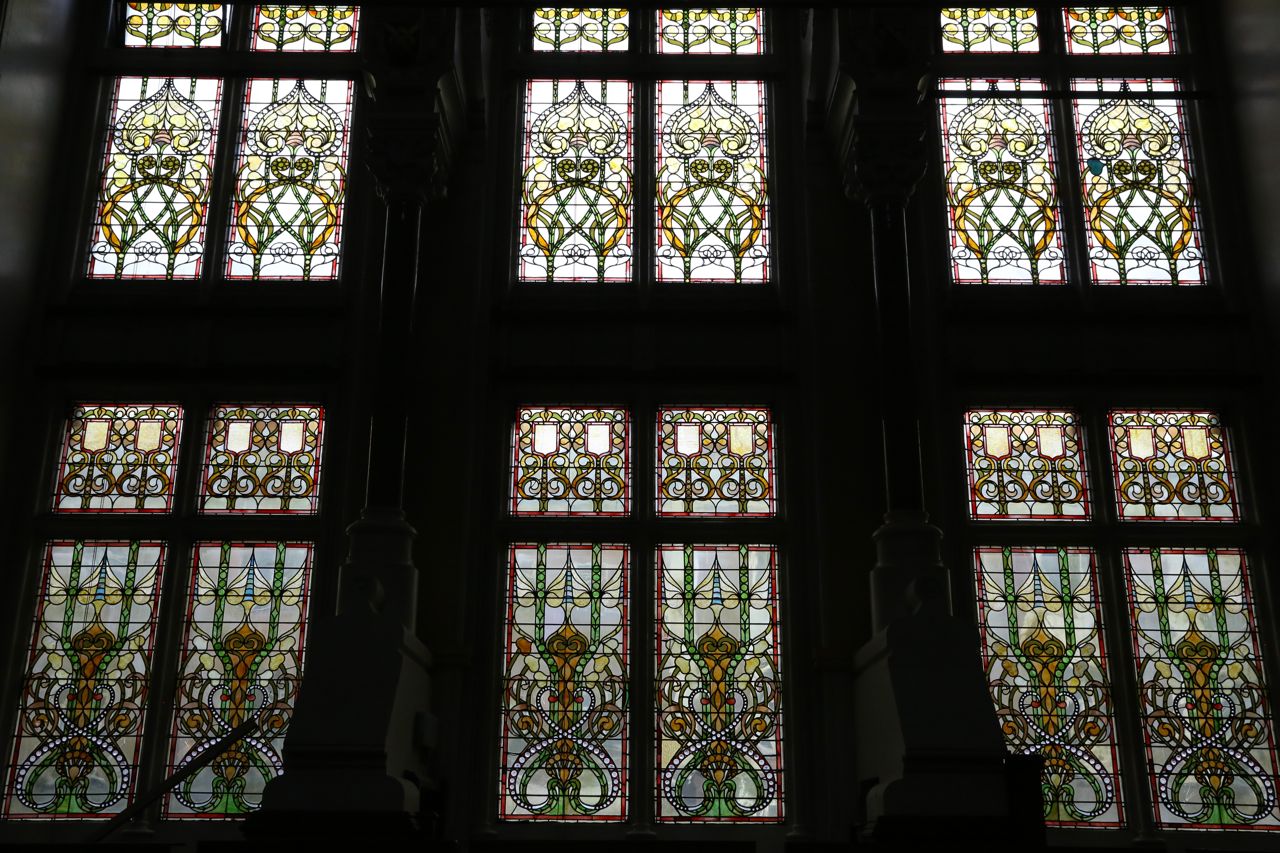 They actually go up even higher than this, and I couldn't begin to get photos of the vast beamed interior ceilings and the other amazing features of the building. It has a web site here.

Pretty cool, huh? I'm glad we just happened to come by at a time when it was open!
Posted by Steve Reed at 6:31 AM