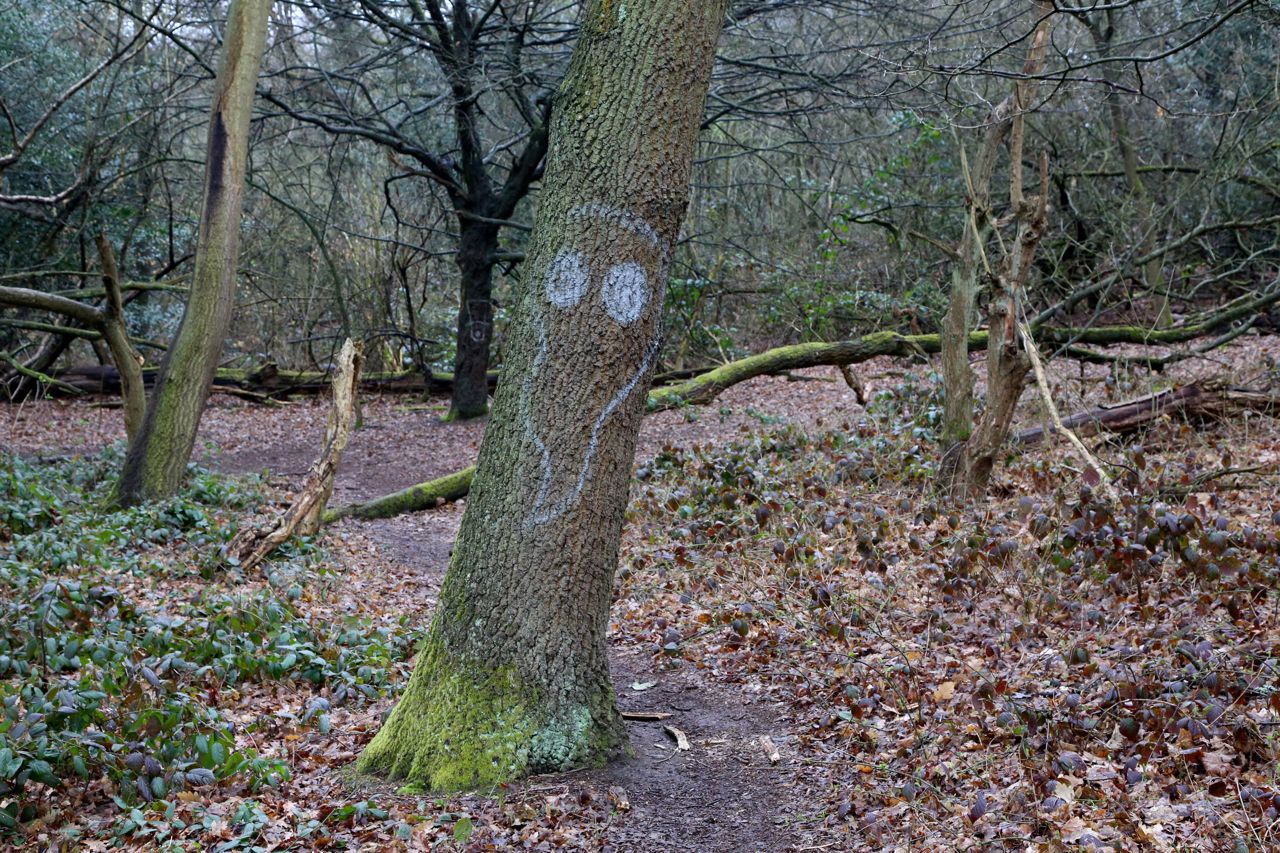 Olga and I took a three-hour constitutional through Hampstead Heath yesterday. I've felt a little guilty sending her off with the dog walker every day this week, when I'm right here and could easily walk her myself -- and she would so obviously rather go with me. Every time the dog walker hooked her to a leash, Olga looked at me with sad eyes and slunk out the door, as if she thought we were sending her away for good.

I tried to cancel the dog walker for Thursday, but he reminded us that Friday and this coming Monday are holidays, and he wasn't planning to come then anyway. So we let him come as usual on Thursday, leaving Olga to me for the rest of our vacation.

Back to our three-hour walk: 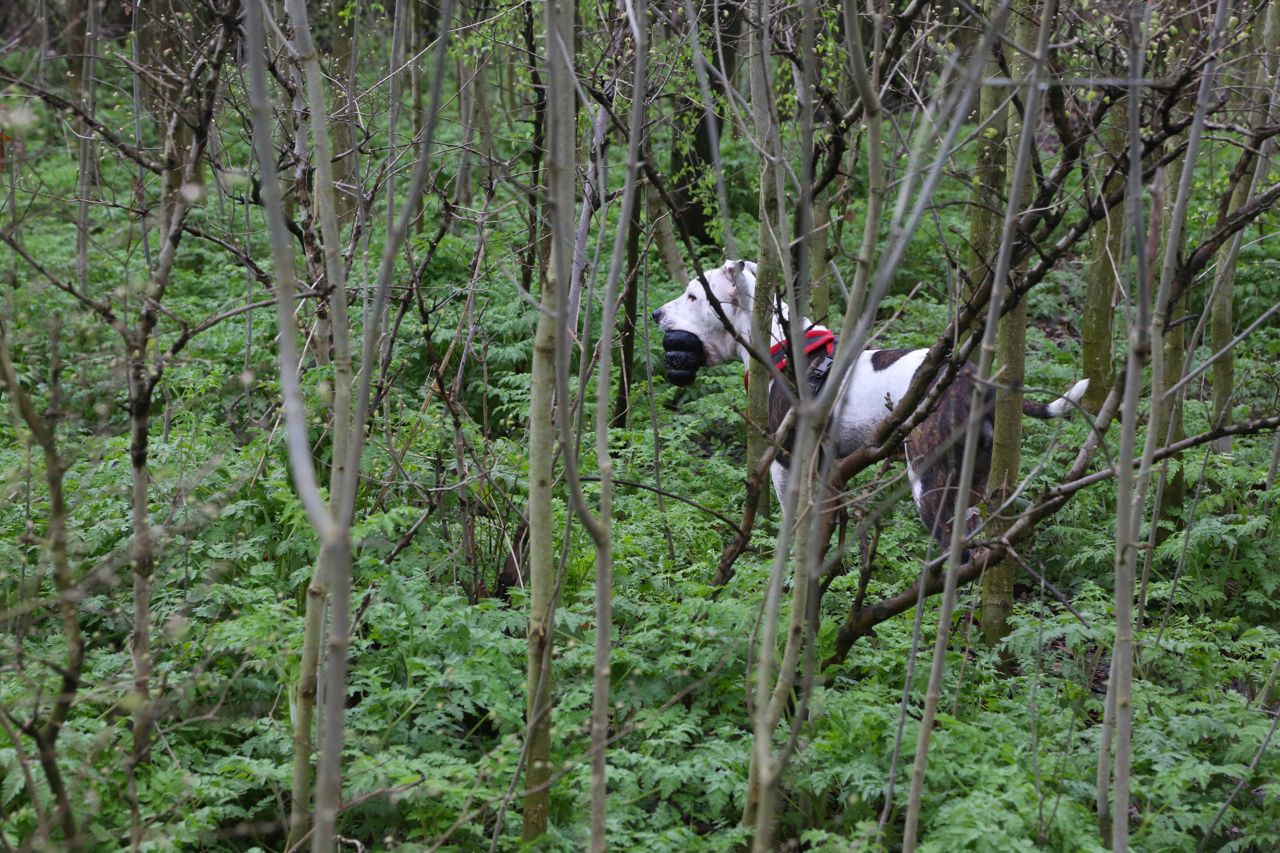 Olga was the mighty huntress, Kong in mouth, scanning the underbrush for squirrels. We had a great time and even encountered a ghostly presence (top). She got completely muddy and required a bath afterwards, a sure sign that the walk was a success.

Dave's colleague Gordon came over yesterday afternoon and he and Dave went to the pub to talk shop. I stayed home and sorted photo negatives for yet another project, so as not to be in the midst of discussions about trombones and tubas for two hours. By the time I went to meet them a few hours later, some of the band talk had left their system; we were joined by our friend Keith, and Dave and I had dinner before zipping off to the theater!

For several weeks I've been wanting to see a play called "My Night With Reg." It's a revival of a 1994 production about a group of thirtysomething gay men in the age of AIDS -- and, surprisingly, it's something of a comedy. Or at least it has comedic moments. I finally bought tickets a few nights ago and Dave and I both enjoyed it -- though I must say, I had a lot of gay friends in the '80s and early '90s, and I don't remember us being quite so casual about sex as the guys in this play!
Posted by Steve Reed at 6:37 AM