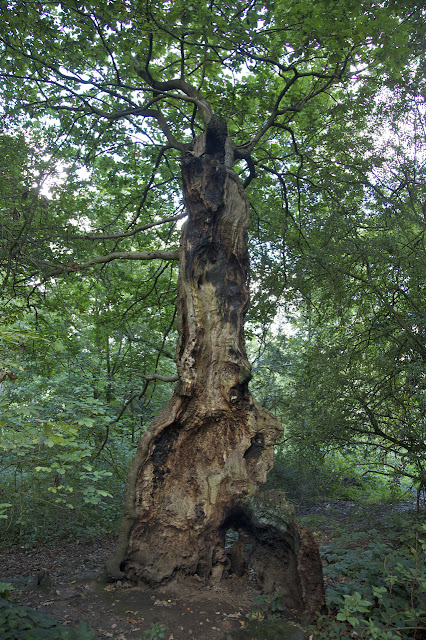 Olga and I were back on the Heath yesterday, where we found this tree. Remarkably, it's still alive! I wonder what happened to it? It seems blackened at the top and a good 3/4 of the trunk is completely gone. This didn't happen recently. Trees can be pretty resilient! 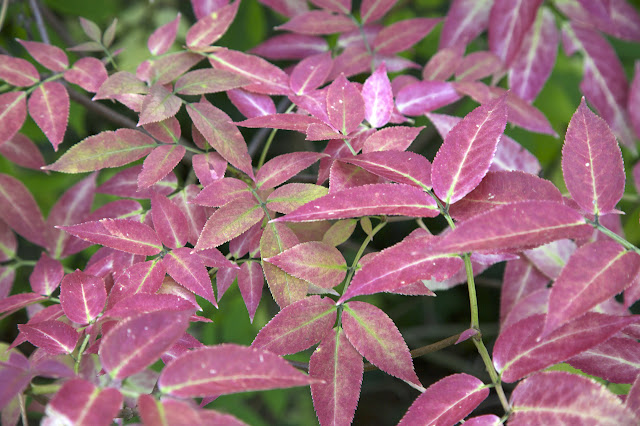 The seasons are definitely changing. Many of the Heath's trees and shrubs are tinged with yellow and red. 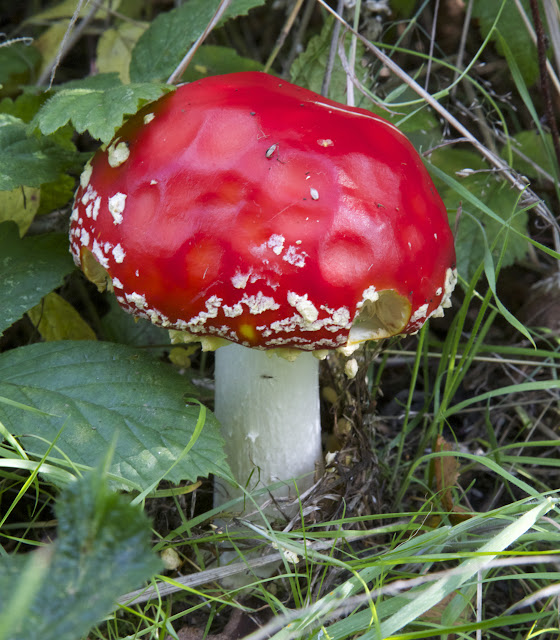 And look at this amazing mushroom I found! When I first saw it, I thought it was a balloon or piece of plastic, with that brilliant, shiny red cap. It's like a cartoon toadstool. I think it's a Fly Amanita, which is poisonous. There were actually three of them -- two much smaller than this one -- and thankfully Olga was completely uninterested.

She was interested, however, in a nearby couple playing paddleball -- specifically in the little red ball they were swatting back and forth with wooden paddles. She went after it enthusiastically but broke off the pursuit right away when I called her. "Sorry about that," I said to them as Olga grabbed her Kong where she'd dropped it. "She has a toy that she loves, but she can't resist going after another one!"

They remarked on how happy she looks -- as did another couple soon afterwards who saw her wallowing in mud. "Now that's pure joy!" the man said.

As if to make clear how joyful she felt, she promptly found a hole in the ground: 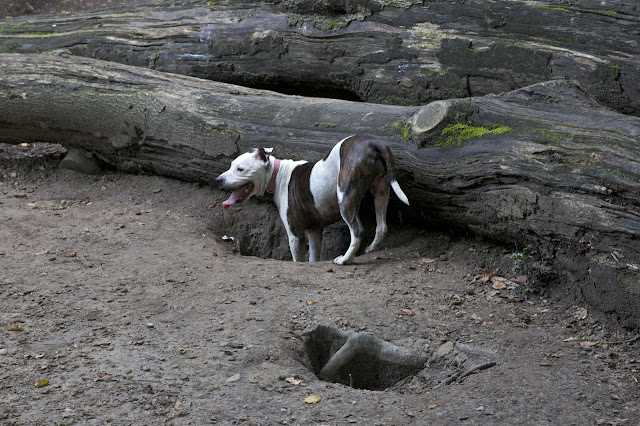 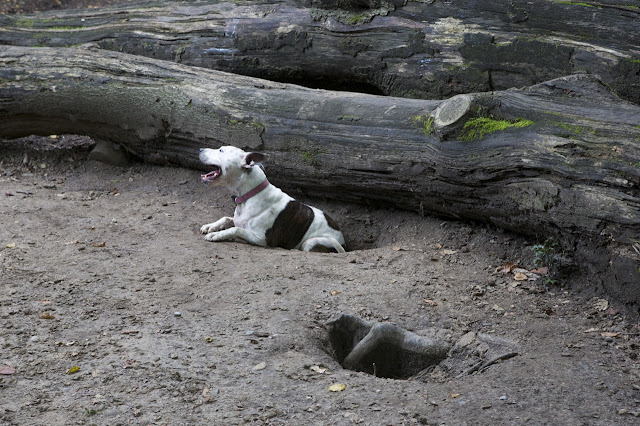 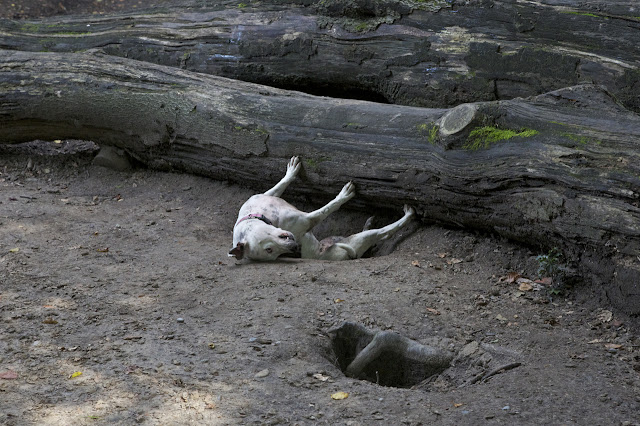 Honestly. She is such a ham.

Meanwhile, I really do have a life besides my dog. Yesterday I re-edited and submitted 13 photos for the Royal Photographic Society's London Urban photo group project. My contribution was a series of barber shop and hair salon shopfronts that I think illustrate particularly well the quirkiness and diversity of London. These will (hopefully) be published in an upcoming RPS book.

Never a dull moment!
Posted by Steve Reed at 6:04 AM