My Third Attempt to Write About Migrants 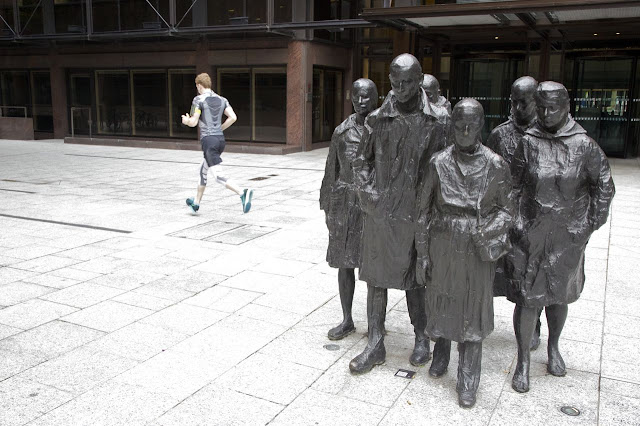 I've written two posts about the European refugee crisis, but honestly, I didn't feel comfortable publishing them. I deleted them instead. There's so much I don't know and don't understand about this situation. I mean, I am not the UNHCR, and I can't pretend to have the answers.

I'll leave it at this: I do think we need to do more for the Syrians, Afghans and Iraqis -- and when I say we, I mean the entire developed world. It's unfair to expect Germany and Sweden to shoulder the burden, even if that's where the refugees themselves want to go. The United States, especially, needs to get in the game in a major way, since U.S. military action is what destabilized that region in the first place.

Frankly, I'd like to see George W. Bush accommodate a few dozen of these families in his private home. And Dick Cheney. And Donald Rumsfeld. Just saying their names makes me so angry I could spit.

What I struggle with is how to cope with everyone who's not Syrian, Afghan or Iraqi. The boats coming to Europe are also full of Pakistanis, Lebanese, Tunisians, Egyptians, Libyans, Eritreans, Somalians and other sub-Saharan Africans. There are conflicts small and large in all of those places. Are they refugees too? Don't they have children, too? Children whose lives will continue to be in danger? How and where do we draw the lines?

As I said, I have no idea. It's a problem beyond my pay grade.

I can only resort to my two standard arguments -- we need vastly more foreign aid to rebuild and improve life and stability in those areas of the world, and we need more education for women and family planning, particularly in developing countries, to reduce the population burden and better manage resources.

(Photo: "Rush Hour," a sculpture by George Segal, in central London.)
Posted by Steve Reed at 8:06 AM

An intelligent and honest post Steve. Regarding this crisis I should like to point out that there is a very big difference between official figures and the reality on the ground. In Britain plenty of Syrians and Afghans have slipped past the official sheep counters unnoticed. And I would also ask WHY is Sweden taking in such a big number of refugees. Is it kindness or is there some underlying economic factor? Sweden is a vast, underpopulated country that struggles to exploit its true economic potential.

It is one of the intelligent post. The content are more informative one and i like it so much. Thanks for your wonderful post here.scholarship essay writing service is my writing company was makes the writing papers for college students.

It's a big problem for sure. (and does it really matter WHY Sweden in taking in so many. I don't see it as a bad thing that they want more people to help their country grow). The US is directly responsible for destabilizing the region. we prop up one dictator after another until they stop giving us what we want and then we take them out, we sell arms to ANYBODY, we give them away, we abandon them when we leave because we don't want to pay the expense of bringing it all back home. All those people fighting over there no matter what side are fighting with our equipment. So I agree, the developed world needs to take these people in especially countries that sent soldiers, advisors, and equipment.

I feel so ignorant and helpless. I'm glad you posted this.

what a nightmare. i have no idea how to solve this either. thanks for this post.

If our governments worked on humanitarian efforts rather than wars, we would better use our resources...Sadly, that is not the mentality of the religious right or any conservative government of which I am aware, and with our own infrastructure falling apart, we are creating more poverty rather than less. I agree with your points but unless our national agenda changes, the role we assume on the world stage isn't likely to alter from what it has been.

A few days ago, I left a comment that only proved how confused I was, so I've just deleted it. I don't know what the answer is, either. It's a complicated situation, and a scary one.