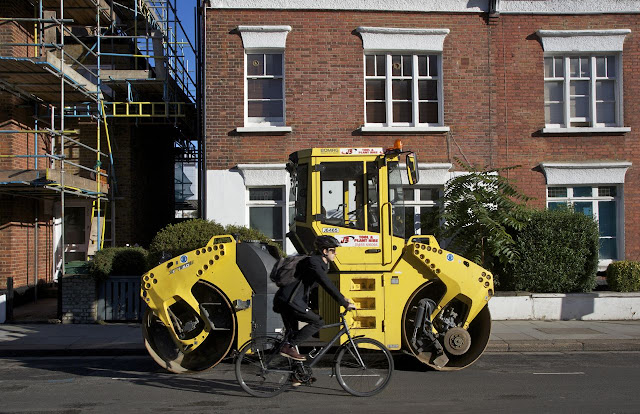 When Dave and I first moved to West Hampstead, we were happy to find a bus that took us almost from the doorstep of our house to the doorstep of the school where we work.

It was so nice to ride aboveground, enjoying the daylight and the scenery, rather than in the close-pressed vacuum tube of the underground. We both liked the bus a lot more. 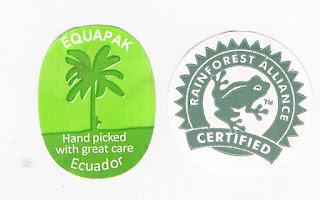 Notice I am using the past tense. The traffic on West End Lane -- which runs near our house and southward into Abbey Road, of the Beatles fame -- has become terrible lately. With several road construction projects on other streets in the area, apparently everyone who drives is being funneled onto already-clogged West End Lane.

The result? The bus sits at a dead stop or crawls along at a sloth's pace. I've tried to just bring a book and sit there, but it's still incredibly frustrating to know that I could walk home in less time than the bus is taking. I don't know how the bus drivers stand it. They must take mood-altering medications.

Anyway, at peak times, Dave and I have both abandoned the bus and gone back to the tube, at least for the time being. It's a drag, but it's preserving our sanity. I do try to walk to work at least three or four times a week just to get some exercise, and that's still preferable to sitting on an immobilized bus.

(Photo: A steam roller, shot on my walk to work Tuesday. Also, some more random banana stickers.)
Posted by Steve Reed at 6:47 AM

I used to ride the bus instead of the subway when I lived in New York City. I lived on the upper west side and traveled all the way down to 42nd Street every morning, reading New Yorkers. Back in those days I read those magazines in a timely fashion even, with no backlog! It seems like another lifetime -- thanks for bringing back the memory, and I hope you get to ride the bus again soon.

Our bus system could stand an overhaul. It still takes two hours to get from one side of town to the other which is neither efficient nor practical. I hope your situation is resolved there.

London public transport has not improved since I lived there ages ago. Who'd have thought, eh? It's a pity cycling is so awfully dangerous there.

I have absolutely NO experience with public transportation. Is that weird?

I'm with Ms Moon. no experience with public transit. except for about 9 months when I lived in Chicago, I took the El to school and back. but growing up I got my license at 15 and had a car. and have had since.

I used to love to watch the buses pass by when I'd watch the Abbey Road webcam but, recently I haven't been able to get the webcam to work on my Mac. Something must have changed on the last upgrade.

Very annoying! The bus we get to the tube can take half an hour for a ten minute journey because of one set of traffic lights. Walking is good though! I am currently working at a school that takes me five minutes to walk to. The morning commute is a doddle!