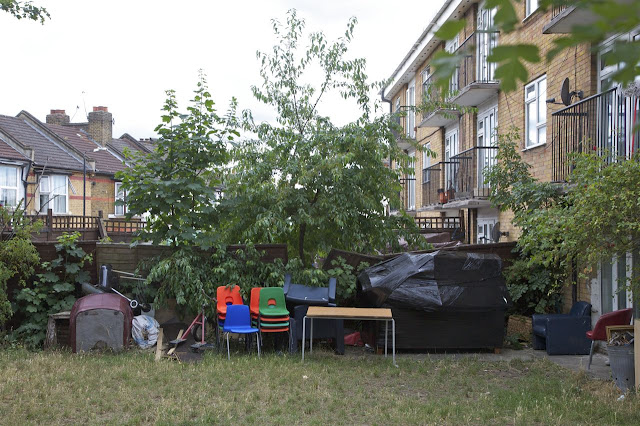 Am I ever going to speak French? Really?

I got pretty discouraged yesterday when I tried to practice at work because I kept getting things wrong -- things I should know by now, like conjugations of the verb avoir, to have. That's pretty basic stuff.

Then again, I was on Duolingo at my desk, and feeling sort of self-conscious about the fact that I was practicing French and not doing anything library-related, but there just wasn't much to do at that moment. Maybe my self-consciousness got in the way of my French, and said Arrête!

My next round of French classes begins this Saturday, and I'm embarrassed to even show up because I feel like I'm really no better than I was at the beginning of summer. I guess I do know more, but my brain just doesn't process the information fast enough for me to listen and speak very well. There's a mer of difference between book knowledge and practical, applied use of a language. (One of the French teachers at school insisted I speak "beautifully," which is hilarious. I can barely utter a sentence.) I just need to keep plugging away and not feel embarrassed to practice with the teachers.

I mostly just feel annoyed with myself for not trying harder.

In other news, the other day, a huge metal ladder appeared in our side yard, beside the house. We had no idea where it came from. I asked our upstairs neighbor because he'd been doing some work on a window frame, but he said it's not his. I began to think someone dumped it in our yard, leaving us with the responsibility of disposing of it. I wondered: Could I sell it for scrap?

But yesterday evening I asked our next-door neighbor and she said she thinks it belongs to some builders who are working on her roof. (This is the same neighbor with whom we have occasional tension over maintenance of the communal garbage cans.) I think it's a bit strange that they would put this ladder on our side of the fence without saying anything to us, but I told her it was no problem and she could leave it there as long as necessary. As long as I know it belongs to someone.

On a brighter note, Olga found a deflated soccer ball on our walk yesterday morning, lying in a parking lot at a nearby council estate. She was thrilled, and brought it home, and we've been playing with it. So at least for the time being she has two possessions -- ball and Kong -- an embarrassment of riches!

(Photo: Colorful chairs in Plaistow, East London, in June.)
Posted by Steve Reed at 6:46 AM

Ah, just go along to the classes Steve; you can do this. If the teacher at school is encouraging you that's great; speak French with this person, no matter how briefly, whenever you see them. It will give you confidence.

OK - enough of telling you how to live your life and you are right. There is a of difference between book knowledge and practical applied use of a language. I learnt this the hard way myself, attempting to learn Spanish.

I've always been grateful that I took Latin in high school- it broadened my knowledge of English vocabulary more than I realized at the time.
The problem is that you don't speak Latin, you read it, and when I tried Spanish in college I was a dismal failure. (Of course, the fact that I did so incredibly little studying in my first year might have been a factor, too.)

Well, I guess you're just going to have to go to France for a few months! I think that's the solution.

there is a little French restaurant in Earl's Court , 12 pounds for appetizer, main course, desert, wine and coffee, you could eat there every day and maybe your French would become more confident! Ask Sarah where it is. You could become a waiter there peut-être!

Ms Soup: I'll definitely go to the classes since I've already paid for them! I know this is just temporary discouragement. I tried Spanish in college too but I didn't get very far with it -- probably because I never studied!

Ms Moon: Actually you're completely right. I do need to go to France more often. The hard thing is talking to people while I'm there -- usually I just wind up ordering coffee and walking around. Conversing with strangers isn't my strong suit!

Linda Sue: I'm not sure waitering is in my future but I AM going to ask Sarah about that restaurant! Tu es une femme, Madame!