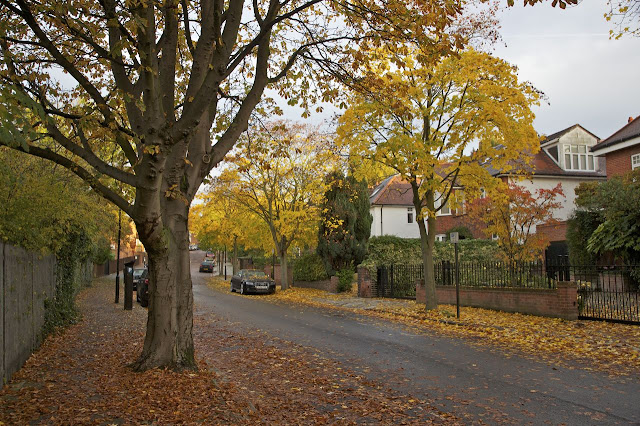 Did you read Jimmy Carter's column in The New York Times a few days ago, in which he proposed a multi-state solution to the Syria crisis? I thought it was very interesting. Essentially, Carter said that the persistent U.S. demand for Assad to step down is unrealistic, and we should instead be working with Russia, Iran and neighboring countries to stabilize Syria under Assad. At least then we would eliminate the power vacuum that allows ISIS to thrive.

I think it makes a lot of sense. Just the other day I was telling some friends that I didn't understand the American insistence that Assad be removed from office. He's a dictator, but isn't he much, much better than chaos, anarchy, religious extremists and civil war?

Assad's departure could still be our long-term diplomatic goal, but for now, we ought to work with him, or at least tolerate him. He's better than any visible alternative, from what I can tell. Jimmy Carter is spot on. 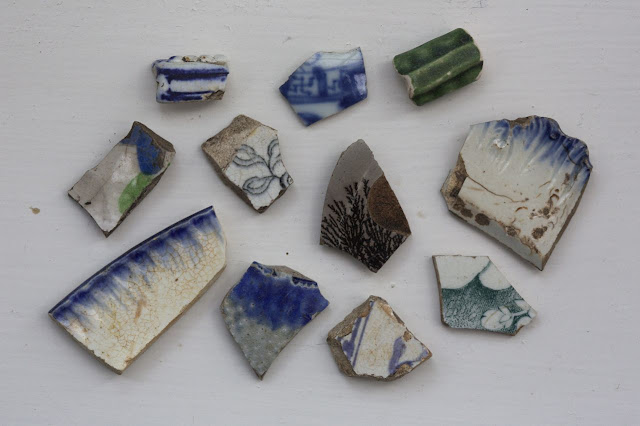 As you can see from the top photo, taken on a nearby street where I walk Olga most mornings, fall is in full swing. Yesterday we went on our West Heath walk, and once again I found a tiny piece of broken china on the footpath. I am a bit mystified about why I keep finding these on Hampstead Heath. Were pebbles from the Thames used to firm up the footpaths? (As we have seen, the Thames is full of broken crockery.) Or are these simply random pieces of rubbish that were discarded there decades ago? I wonder.

Anyway, Olga and I had a good walk.

Last night, Dave and I went to a choral concert where one of his colleagues performed. First we had dinner at a pub near Sloan Square that shall remain nameless, as they were out of most items on the menu and the food took forever to arrive. (I never did get my chips, and where was the quail egg that was supposed to top my salmon?) We scampered from there to a nearby church, the site of the performance -- Vaughan-Williams' Mass in G Minor and Duruflé's Requiem. They were both beautiful pieces, beautifully performed. I'd never heard of Duruflé, and in fact when Dave told me the name I thought he said "Duraflame," like those molded sawdust fireplace logs. I told Dave we should call him Duraflame from now on.
Posted by Steve Reed at 6:26 AM